Margaret Drive Estate, also known as Duchess Estate, was formed as part of the Queenstown satellite town, the first of its kind in Singapore. Named in honour of Queen Elizabeth II’s coronation, Queenstown was built by the Singapore Improvement Trust (SIT), and later the HDB when it took over SIT (and hence it was also the first HDB estate). Duchess was the second neighbourhood in Queenstown to be planned by the SIT, and construction began in 1954. However, by the time the SIT dissolved in 1959, Duchess Estate was not completed. Hence, the HDB took over, and construction ended in 1970. The Margaret Drive Estate generally refers to the stretch of land between Margaret Drive and Commonwealth Avenue, starting from Queensway to Strathmore Avenue. However, Duchess Estate officially includes the area on the other side of the MRT tracks, bounded by Stirling Road, Queensway and Commonwealth Avenue, and also the area further north between Queensway and Ridout Road.

The streets and locations in Queenstown were named after members of the British Royal Family. Margaret Drive was named after Princess Margaret, sister of Queen Elizabeth II. It was colloquially known as xin lu (新路; Chinese for “New Road”) as it was the newest road in the estate. Most of the amenities of Duchess Estate were located along this road.

Margaret Drive used to be a single stretch of road connecting Queensway to Tanglin Road. However, recent developments have led to the road being split into two at Dawson Road. The stretch between Jalan Penjara and Dawson Road was redirected further north, cutting behind the former site of Hua Yi Primary School, to make way for Skyville @ Dawson. Kay Siang Road is currently being extended to connect to this stretch of Margaret Drive.

Here’s the footprint of Margaret Drive before the road diversion. (Interestingly, Google Maps still has the street view of the original stretch, taken in February 2009, when I made this map.) 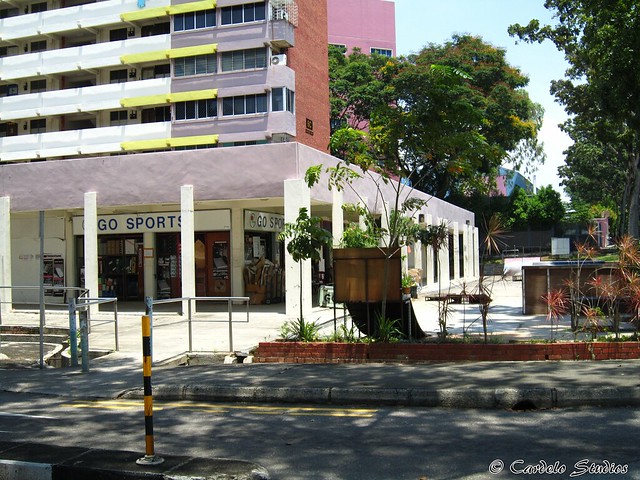 Blk 6C, with the GO SPORTS shop and the skateboarding facilities

Most residents of this estate will remember this spot below Block 6C. It was a skateboarders’ haven, located right outside the “GO SPORTS” shop. Ramps were intsalled there permanently for skateboarders to practise and hang out. Next to the sports shop was a clinic, a dental clinic and another shop selling Old Master Q (老夫子) comics. However, it was announced to be selected for SERS in 2005, and by 2008 most of the shops were closed. 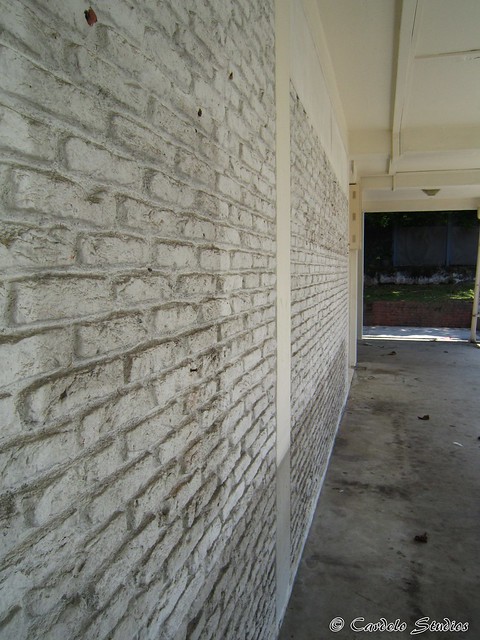 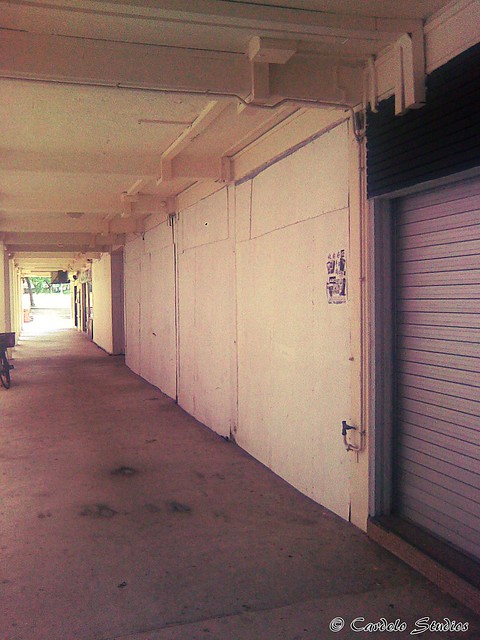 The place was like a dead town, just prior to demolition 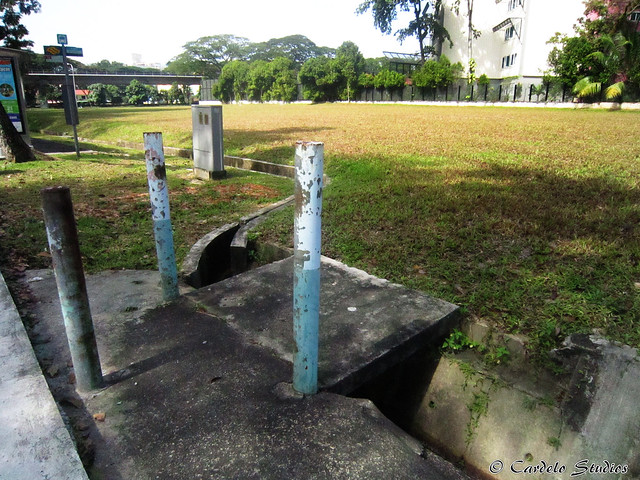 After demolition; spot the similarities with the first photo

I have always wondered where Blocks 6A and 6B were, since this block is known as 6C. I found my answer after some research. Blocks 6A and 6B used to stand on the other side of Margaret Drive, and were chosen for SERS in 1996. In fact, an entire estate of Blocks 1 to 25 existed along that side of Margaret Drive, stretching all the way from Queensway to Jalan Penjara, while Blocks 26 to 40 (including 40A and 40B) were on the other side. All these flats have since been demolished, although a few of the car parks were still functioning, serving as the sole reminder of the neighbourhood. 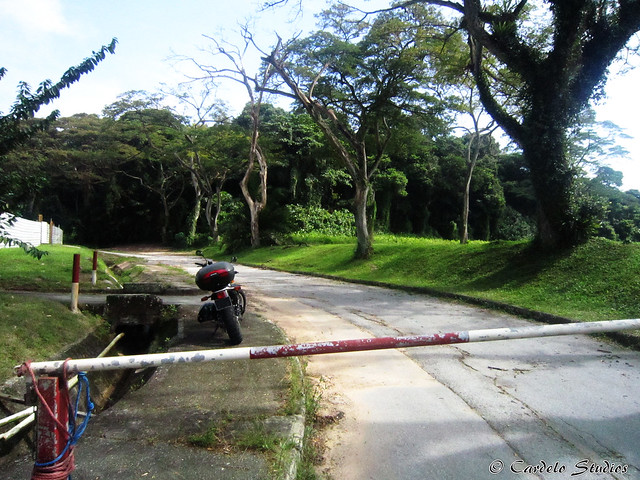 Margaret Close is a now-defunct road located opposite Queensway Secondary School. Blocks 1 to 6 formed the cluster here. The flats here were 2-room rental flats that housed the victims of the Bukit Ho Swee fire in 1961. Blk 1 faced Queensway while Blk 2 to Blk 4 were H-shaped flats. Blk 5 and Blk 6 were the first to be demolished. 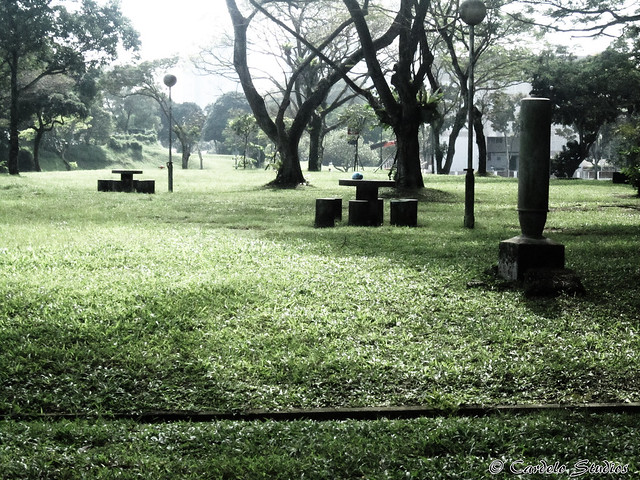 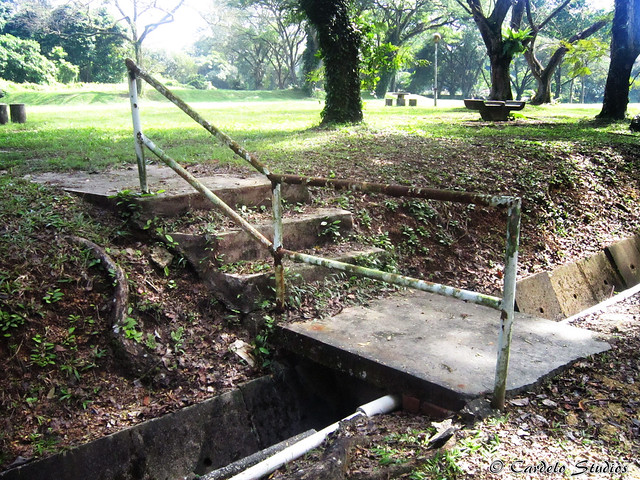 Clues to the existence of the old estate

A few benches remain in this now-empty plot of land. Were these left from the demolished estate? 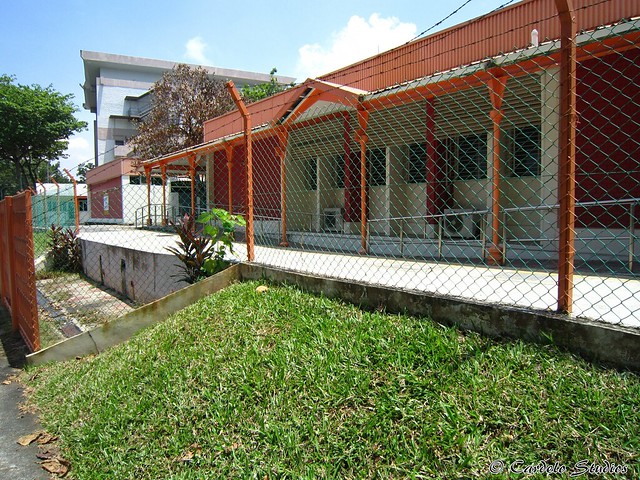 Next to the library is a building that originally housed the Queenstown Polyclinic. After it moved to its current location at Stirling Road, the building was converted into a foreign workers’ dormitory. 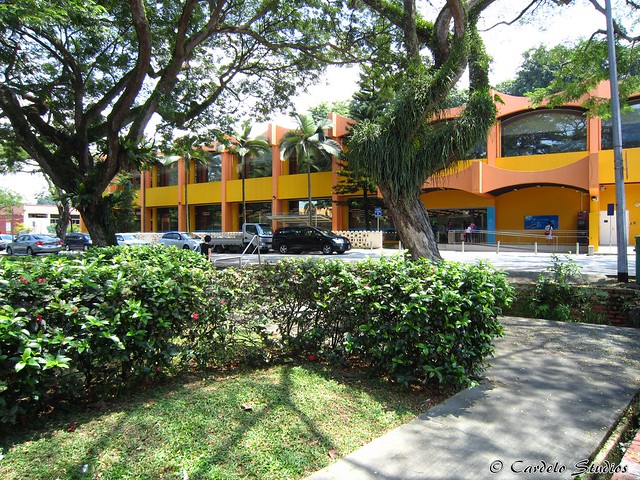 The Queenstown Library was the first branch library of NLB. It was officially opened in 1970 by then Prime Minister, Mr Lee Kuan Yew, and was naturally ventilated until air conditioning was installed 8 years later. Circular motives can be seen on the filigree walls on both ends of the building, and also on the concrete blocks of the perimeter wall.

Originally blue in colour, it gained its orange facade after its first major renovation in 2003. It was gazetted for conservation in 2014. 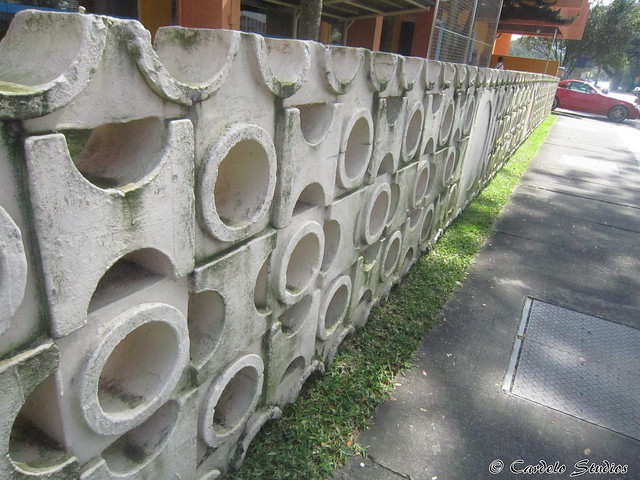 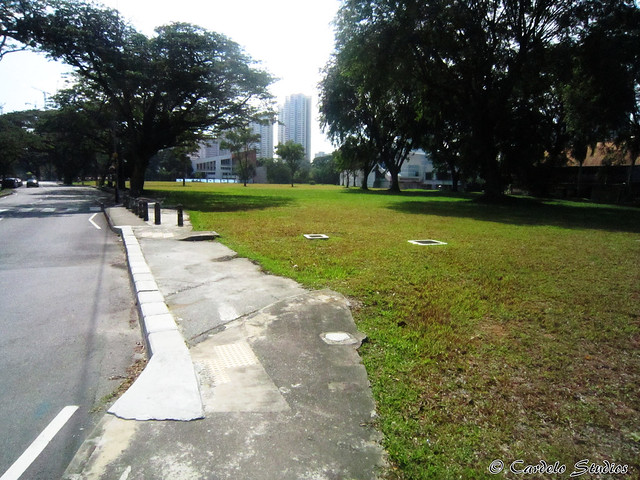 Blk 40A Commonwealth Ave Cooked Food Centre was demolished in 2011

Commonwealth Avenue Cooked Food Centre, also known as the Margaret Drive Hawker Centre, was a 2-storey building built in 1969. It housed numerous well-liked stalls and was an important gathering spot in the estate, while other amenities were closed or demolished. It finally met its doom in 2011. 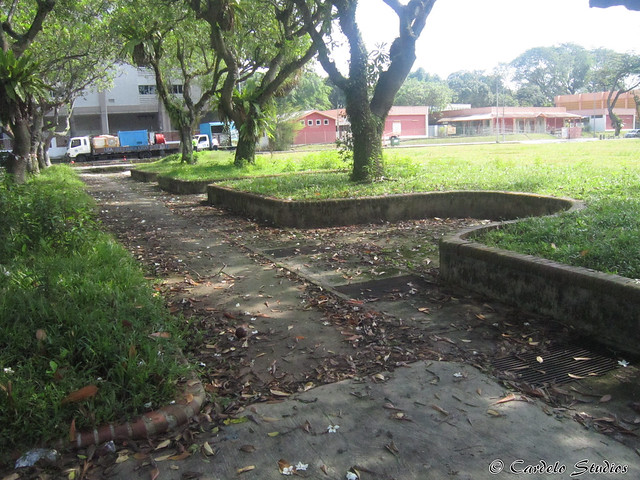 Next to The Fisherman of Christ Fellowship, these used to be separate rectangular plots of grass (with a tree each), and the footpaths in between would lead to the food centre 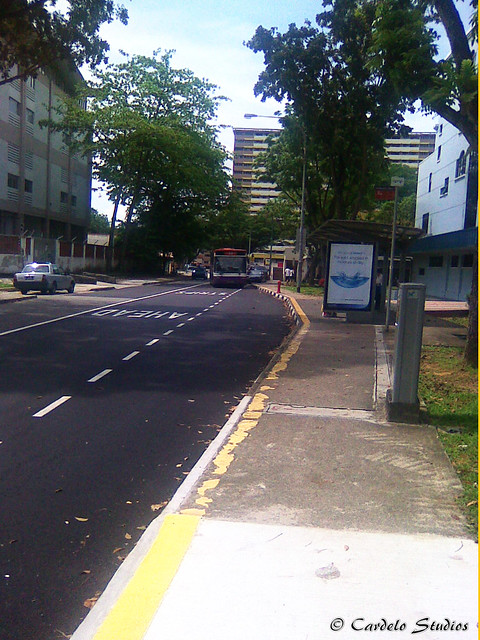 Margaret Drive. Blk 39A can be seen in the background. Part of the Cooked Food Centre and the adjacent refuse centre can also be seen next to the bus

These 3 blocks stood next to the food centre, in front of the polyclinic and library. Blks 39 and 40 were demolished earlier, while Blk 39A survived till 2011. 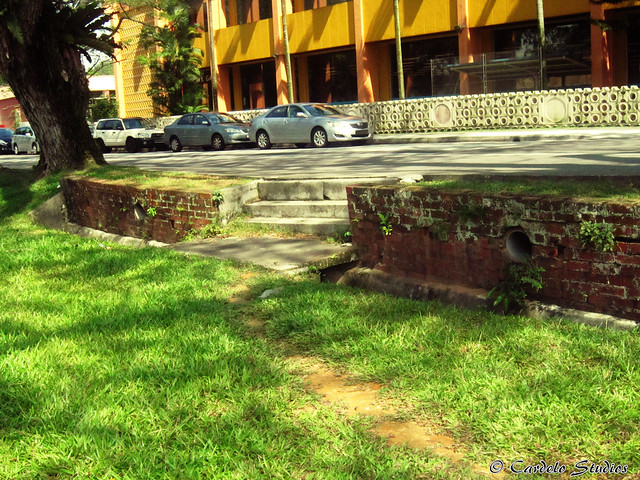 Steps leading from Blk 39A 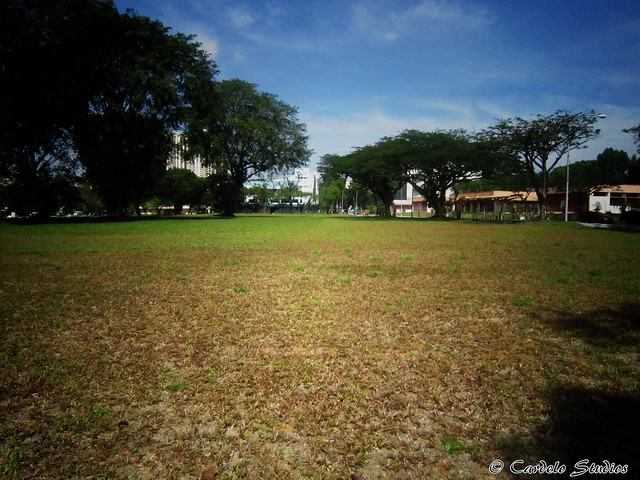 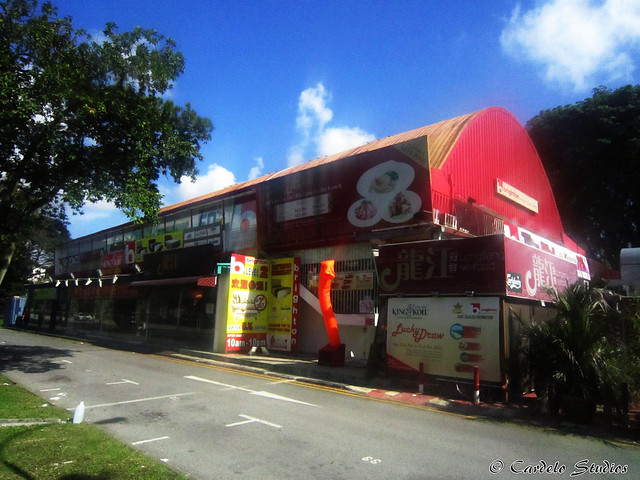 The wet market was built by the SIT, and is probably the only SIT-built market that remains in Singapore. The ground floor was occupied by stalls selling fresh produce, while cooked food stalls were placed on its periphery. Stalls selling dry goods were located on the second floor. 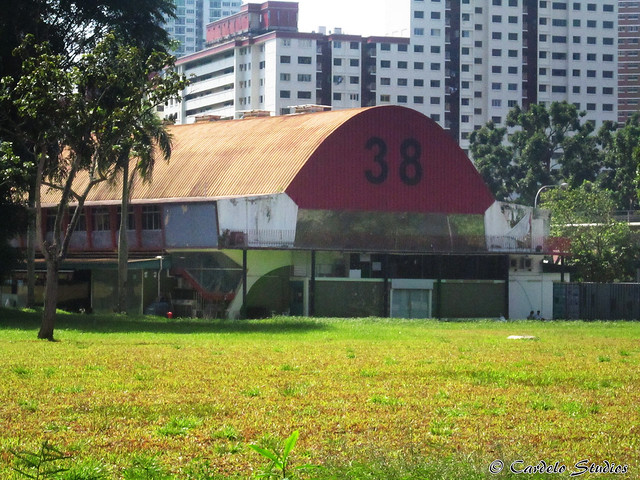 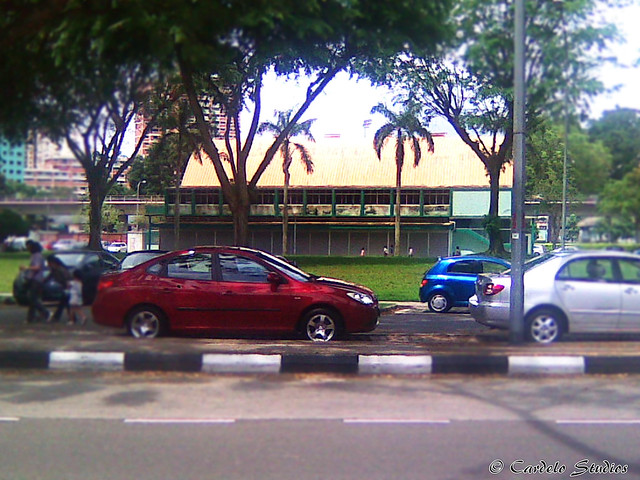 Together with the cooked food centre, the wet market formed part of the food haven in this estate. However, business could not be sustained and it was closed in 2000. It is then rented out to furniture shops and eateries. It is the only surviving building in the entire estate of Blk 1 to Blk 40, and was gazetted for conservation in 2014, alongside the library building. 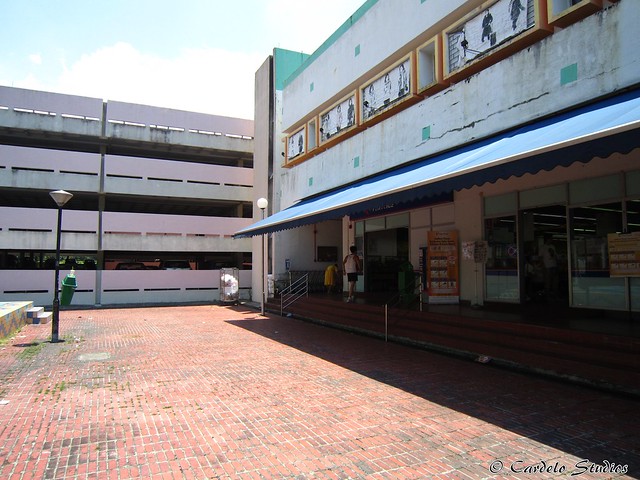 Closer to Queenstown MRT Station was a multi-storey car park (Blk 35A) and an NTUC FairPrice outlet (Blk 34A). Together with the Commonwealth Avenue Cooked Food Centre (Blk 40A), the Queenstown Wet Market (Blk 38), and the flats Blk 39A and Blk 6C mentioned above, they were the only remaining buildings built by HDB that remained in early 2011. A playground stood in front of the supermarket. 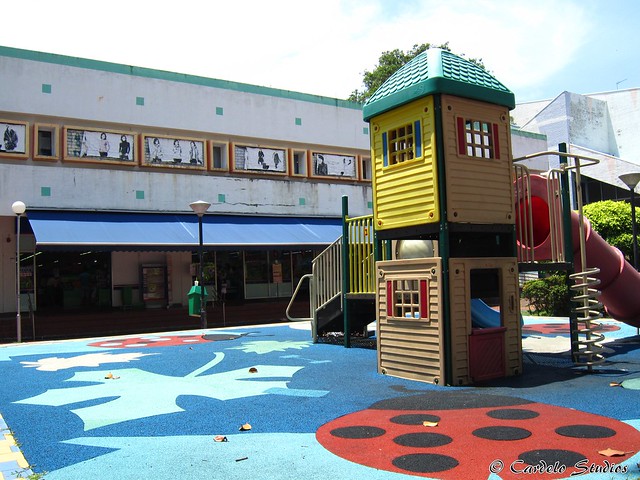 The playground was a much newer addition 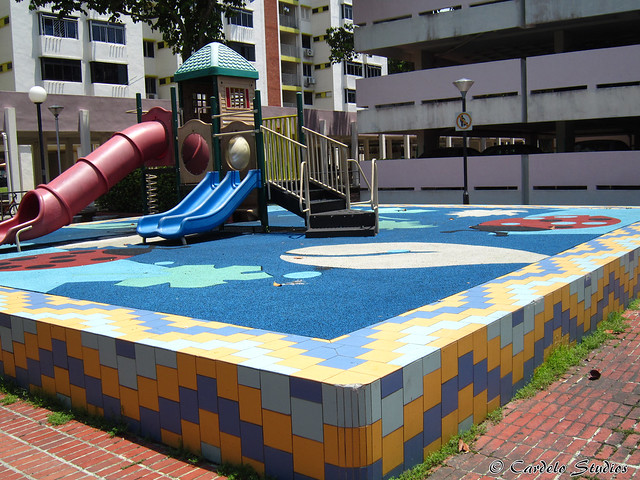 View from a different angle. Notice Blk 39A in the background (on the left)

There used to be a Big Bookshop on the 2nd level, but it closed down in the late 1990s and the space was taken over by other shops. 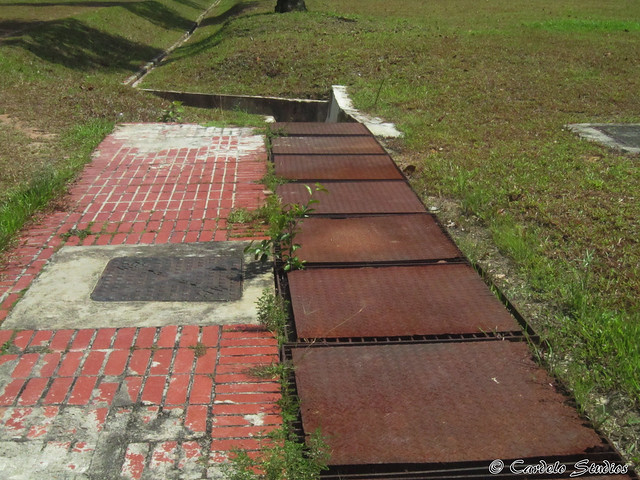 What’s left of the red-brick flooring of the area

By the end of 2012, all the above-mentioned buildings were demolished, except for Blk 38. 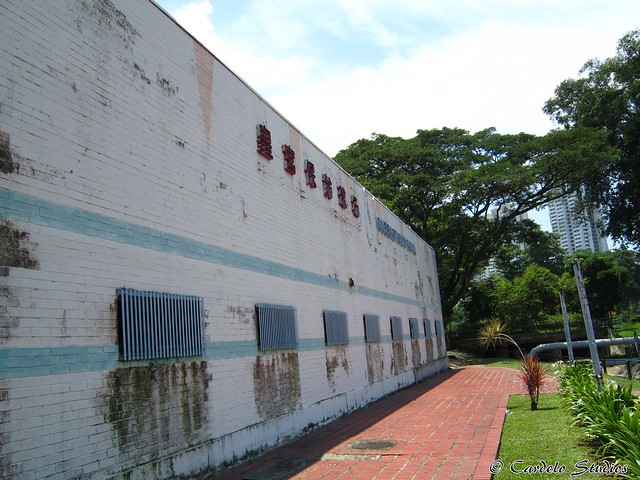 Queenstown Cinema was opened in 1977. Two operators, “Queesntown” (皇宫) and “Queensway” (女皇) functioned side by side. It was one of the first cinemas in Singapore that was designed with soundproofing in mind. Wood-wool slabs, acoustic ceiling boards and carpeting were used to absorb internal noise, enhancing the cinematic experience. The hexagonal arrangement of the 1715 seats was also iconic. 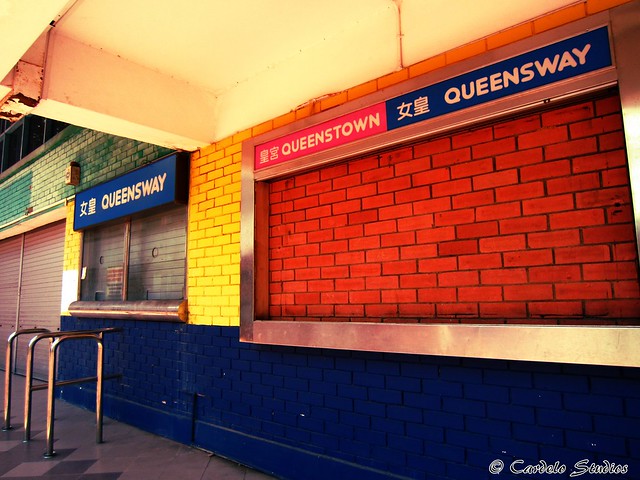 The building also housed various facilities such as an 18-lane bowling centre, restaurants and karaoke lounges. There was also a KFC located above the bowling alleys. Patrons could look at the alleys while dining, and the whole fast food outlet would be filled with the sounds of bowling balls and pins.

When the cinema closed down in 1999, the KFC and bowling alley stayed on for about another year. The theatres were converted into billard and LAN gaming centres, but this business could not sustain for long as well. The building has been vacant since then.

In May 2013, the building was fenced up and by end of June, it was almost completely demolished. 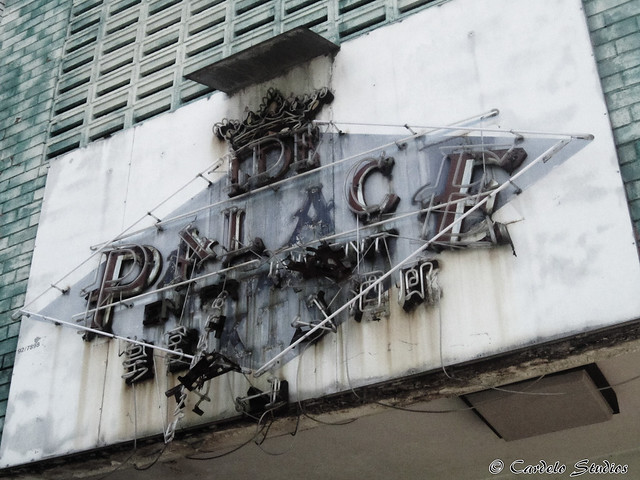 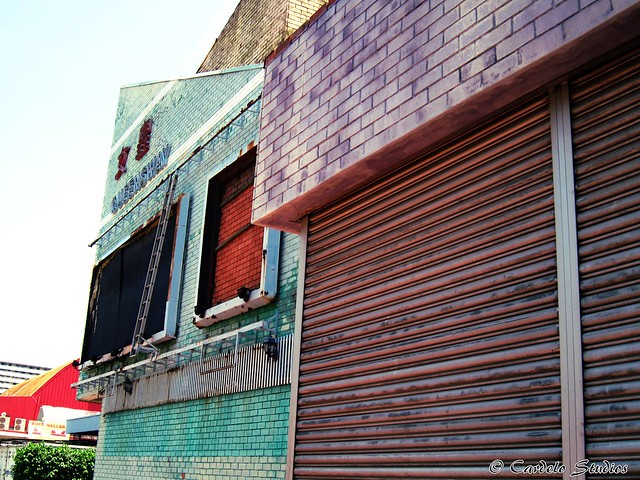 It’s hard to imagine it in its heydays

I have recently sorted out more photos of this estate. Some have been updated in this post, others will be posted in a new post.

This entry was posted in Housing Estates and tagged Found, Lost. Bookmark the permalink.