When we mention Southern Ridges, most people will think about greenery, wildlife and the two iconic bridges. However, not many people notice that there is a number of old and interesting buildings along the trail. According to URA, there are a total of 25 noteworthy buildings of historical importance along this stretch. 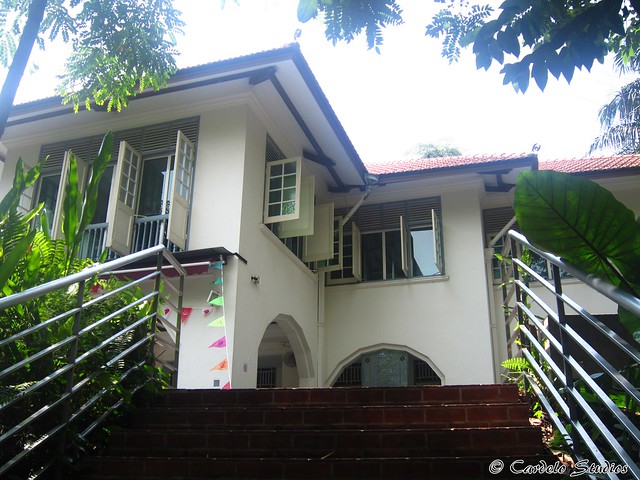 The Reflections @ Bukit Chandu, previously known by its address “31K Pepys Road”, is located at Kent Ridge Park, visible as one exits the Canopy Walk when heading towards HortPark. It is situated on Bukit Chandu, or Opium Hill, named after an opium packing plant opened by the British in 1910. 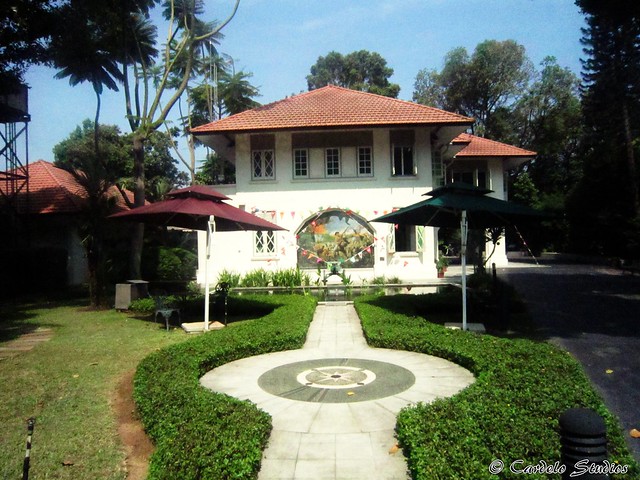 Built in the Mock Tudor style, this building was one of the many “black and white bungalows” built for British officials. The location was chosen probably as the nearby harbour and coastal area was visible from there. During WWII, this site became an important battleground when the Japanese invaded. The Malay Regiment and British Battalions fought fiercely against the Japanese, despite being severely outnumbered, until the British surrendered on 15th February 1942, 2 days after the Battle of Pasir Panjang began. Many died during the battle, and the survivors were mostly executed. 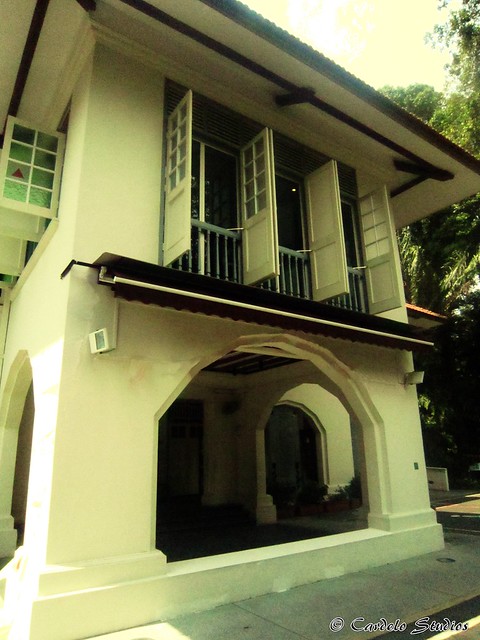 Among the 3 bungalows that witnessed the battle, 2 were demolished in 1987 and converted into carparks. The last remaining one was restored and converted into this WWII museum by 2002. The museum contained information on the events that led to the Japanese invasion in 1942, including artifacts and eyewitness accounts. 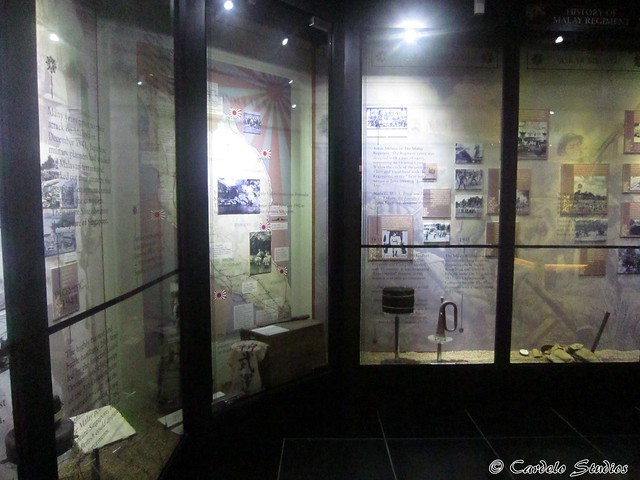 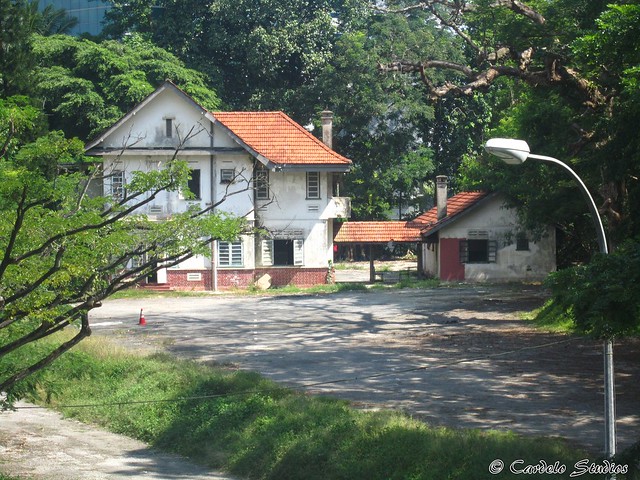 House at HortPark, along Alexandra Road

As I crossed over the Alexandra Arch, I saw this old building located along Alexandra Road, at the foot of UOB Tower Annex. It turns out that this Arts & Crafts style building was used as an accommodation for the staff of the Malayan Railway, despite being located at a distance from the former KTM railway tracks. It was gazetted for conservation in 2014. 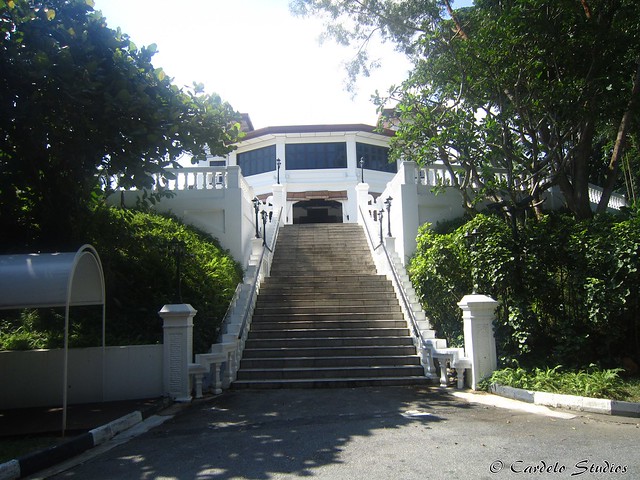 Along Telok Blangah Green on Telok Blangah Hill Park stands a century-old mansion known as the Alkaff Mansion. It was built in 1918 by Syed Abdul Rahman Alkaff, as a holiday villa. He was one of the 3 prominent wealthy Arab families in the early 1900s. The Alkaff (الكاف) family were involved in trade and land speculation. Some of their other building projects were the Alkaff Arcade (first indoor shopping mall in Singapore, located at the current site of the Arcade) and the Hotel de L’Europe (where the Old Supreme Court now stands). 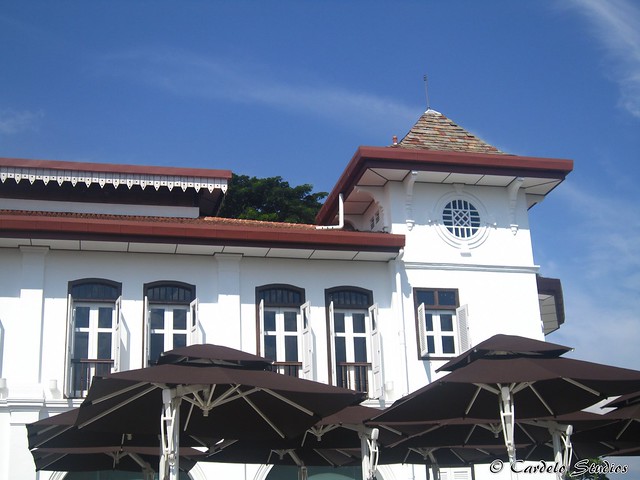 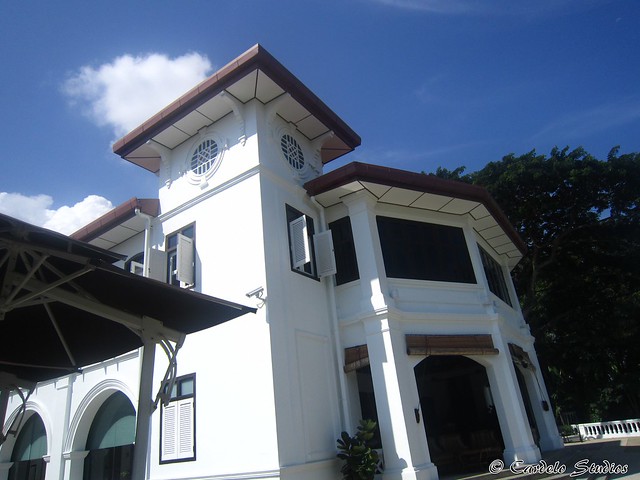 The mansion is now used as a restaurant

When the family started losing money after WWII, they sold most of their properties, including this mansion. It was left vacant until 1990, when it was refurbished into a dining place. It closed down again in 2003, but was reopened again in December 2011 as a restaurant and event venue. 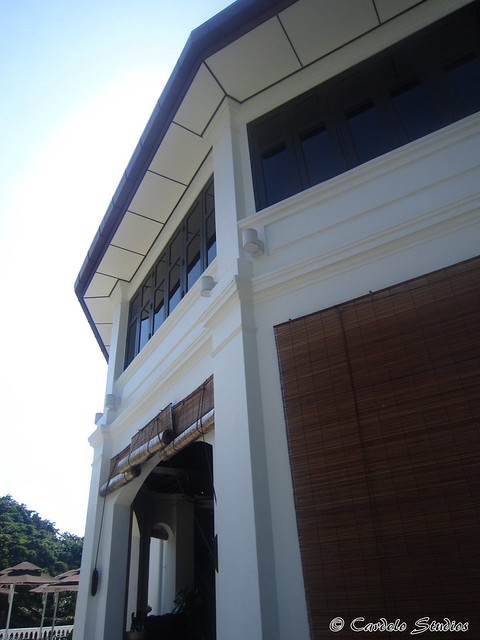 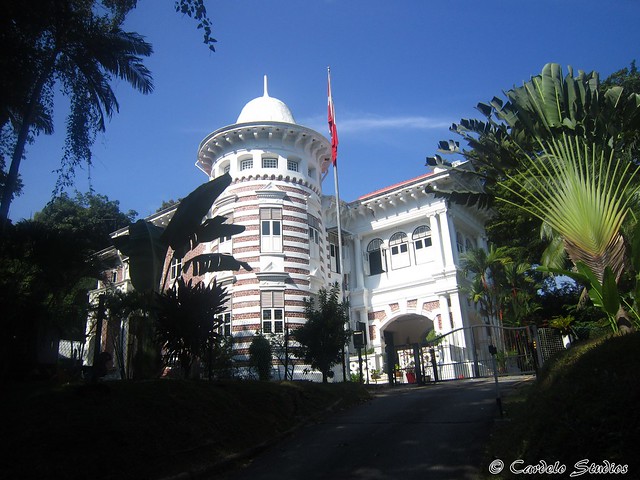 This mansion is located on Mount Faber, at the junction of Pender Road and Mount Faber Road. Built in 1909, it was owned by Tan Boo Liat (陈武烈) and designed in a combination of Edwardian and vernacular architectural styles and elements. 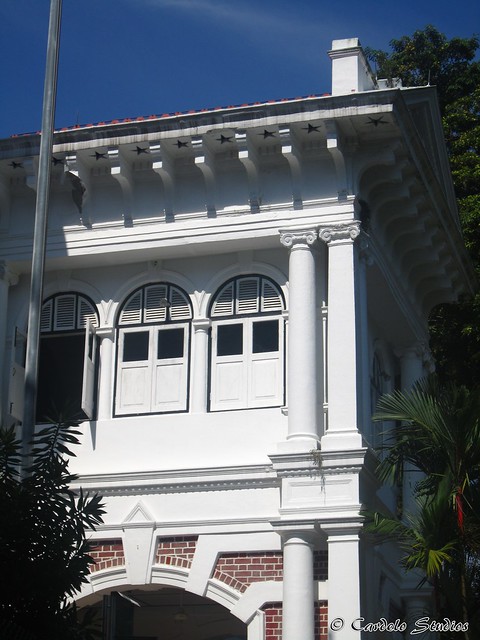 Tan Boo Liat was the great grandson of Tan Tock Seng (陈笃生), and the grandson of Tan Kim Ching (陈金钟), whom Tan Boo Liat named this mansion after. All 3 were respectable Chinese philanthropists. In particular, Tan Kim Ching, the namesake of this mansion, was the consul for Japan, Thailand and Russia He recommended Anna Leonowens to be a teacher for the immediate family of the King of Siam, and this story was made popular by films “The King and I” and “Anna and the King”. 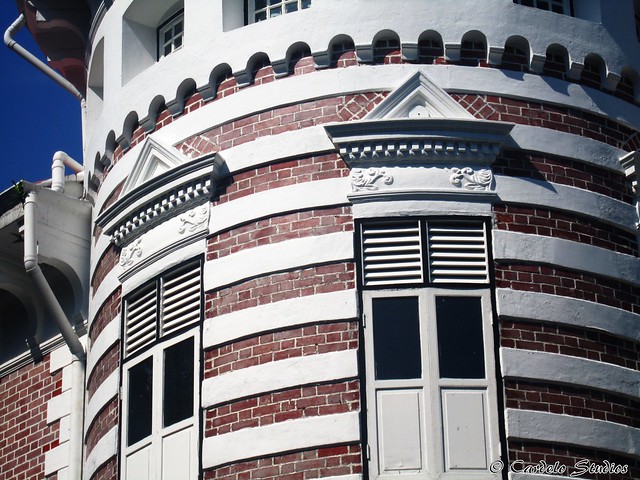 Tan Boo Liat, on the other hand, was an active member of the Singapore Tongmenhui, and the president of the Singapore Kuomintang. When Dr Sun Yat Sen visited Singapore in 1911, he stayed briefly in the Golden Bell Mansion, under Tan Boo Liat’s invitation. Tan Boo Liat was also the father of Polly Tan, the inspirational figure behind the the famous local play Emily of Emerald Hill, written by Polly Tan’s granddaughter, Stella Kon. 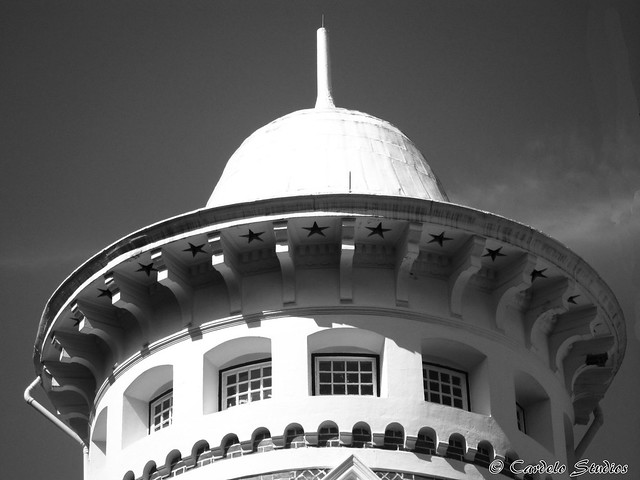 When Tan Boo Liat passed away in 1934 in Shanghai, the mansion was sold. It is currently used by the Danish Seamen’s Church.

There are a number of bells located around the church premise. I wonder if it is due to the association with seamen or the name of the mansion. 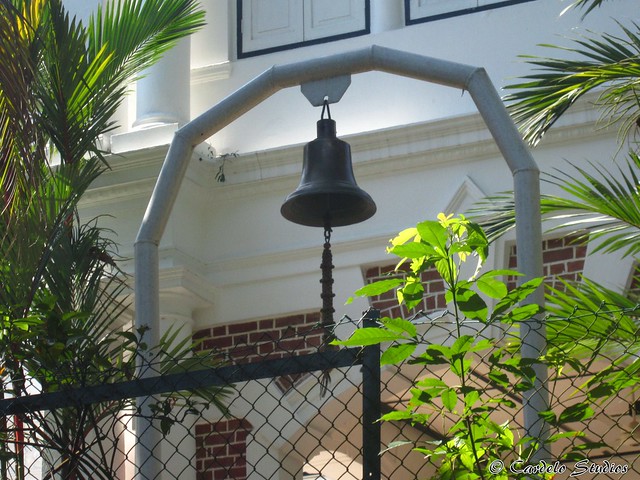 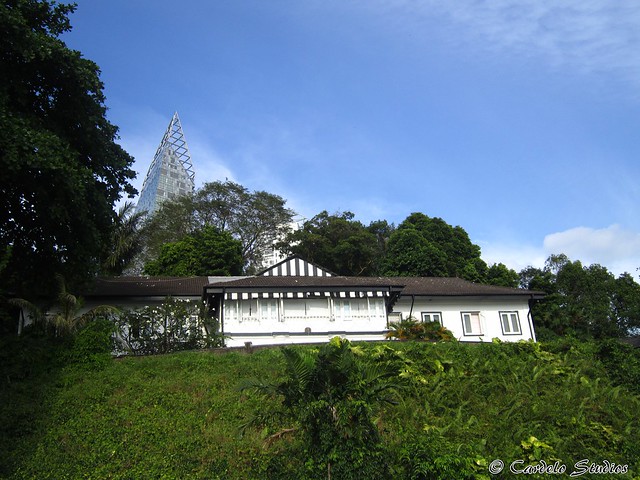 House 30, with Reflections @ Keppel Bay in the background

Although technically not part of the Southern Ridges trail, the Labrador Nature and Coastal Walk, opened in early 2012, formed an alternative branch route out of Alexandra Road, along the Southwestern coastal area. Located at the end of Bukit Chermin Boardwalk is House 30, a black and white bungalow overlooking the coast.

Bukit Chermin, or Mirror Hill, is located next to Keppel Harbour. The harbour was mooted by Sir Henry Keppel in the 1840s (then known as New Harbour). At around the same time, the Cliff House was built at the summit of the hill, but was destroyed in a fire less than 20 years later. In the early 1900s, 4 more bungalows were built along the slopes of the hill, for senior staffs of the newly formed Singapore Harbour Board, which took over the management of the harbour. Like 31K Pepys Road on Bukit Chandu, these 4 bungalows were also built in the mock tudor style with vernacular influences. The brick and timber structure was elevated by a masonry base to protect the timber from the ground moisture. House 30 was the grandest and largest of the 4 bungalows, and was possibly inhabited by the portmaster. The area was given conservation status by URA in 2008.

This entry was posted in Trails and tagged Found. Bookmark the permalink.