I made a trip down Bukit Merah Central a few months back, to trace down the old HDB Centre. However, the trip turned out to be more fruitful than I expected. 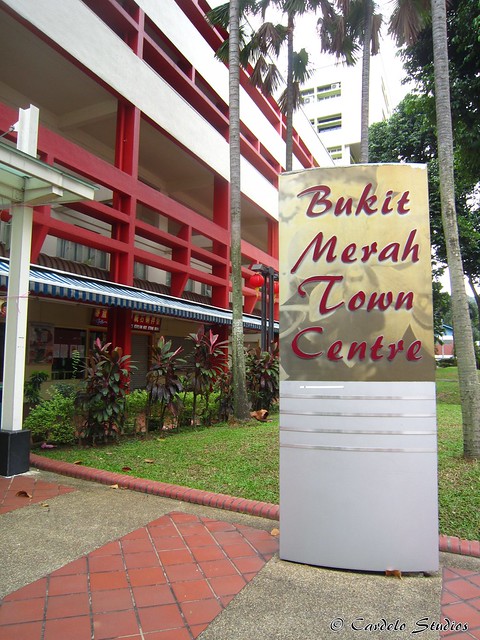 ”Bukit Merah” means red hill in Malay, and is a reference to the red couloured lateritic soil found on the hill. According to the Sejarah Melayu (the Malay Annals), Singapore used to be plaqued by swordfish attacking the people living in the coastal regions. A young boy named Hang Nadim proposed an ingenious solution, to build a wall of banana stems along the coast (at present day Tanjong Pagar– a possible origin for its name?). When the swordfish attacked, their snouts were stuck in the stems. With the swordfish problem solved, Hang Nadim earned great respect from the people, but also jealousy from the rulers. The king, Paduka Seri Maharaja, finally ordered his execution, and it was said that his blood soaked the soil of the hill where he was killed, giving rise to the red-coloured hill. 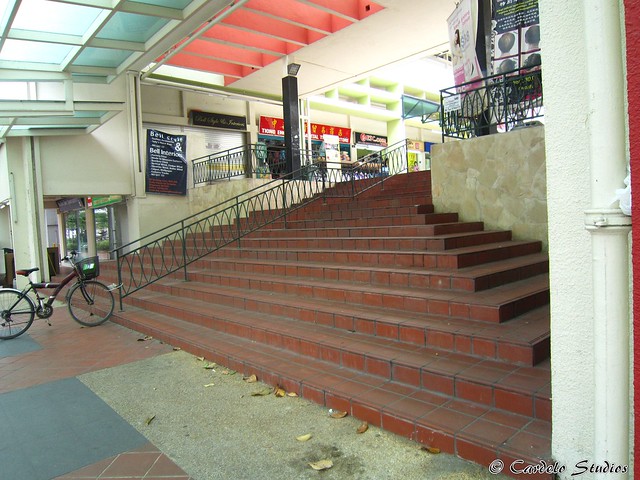 The history of Bukit Merah Town Centre dates back to 1955, when 7-storey SIT flats were built. Since then, numerous housing flats and other amenities appeared, including its own bus interchange, swimming complex and theatre. 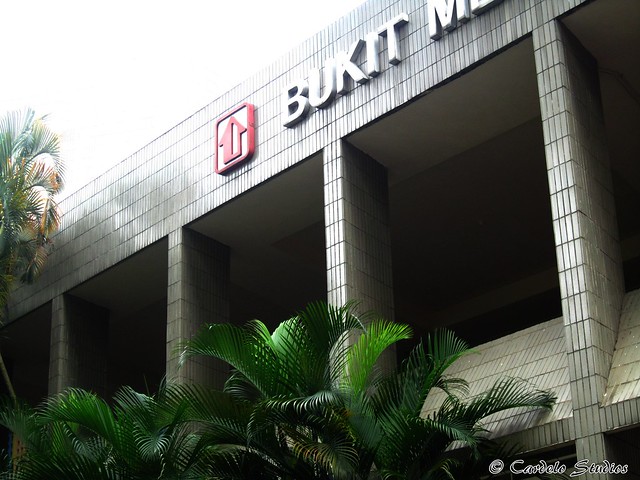 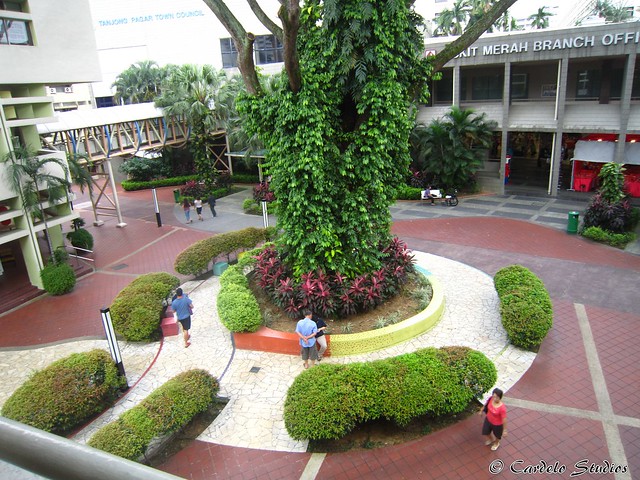 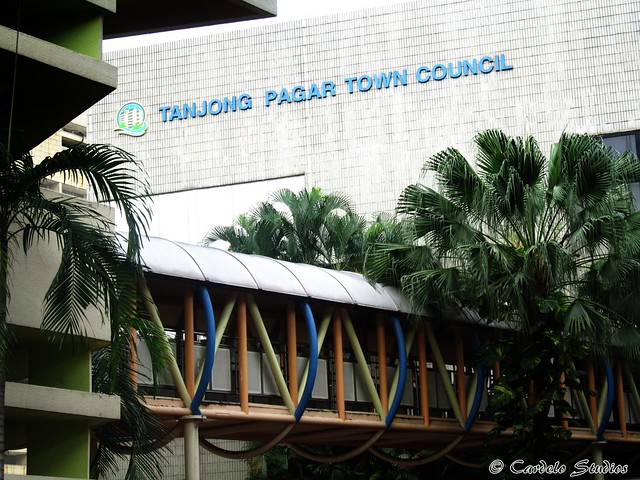 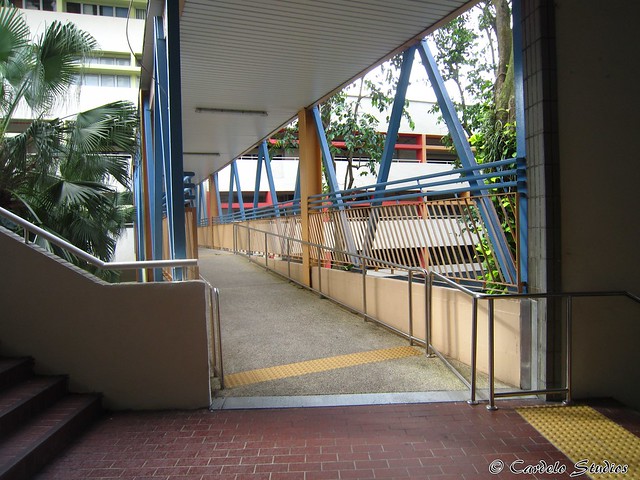 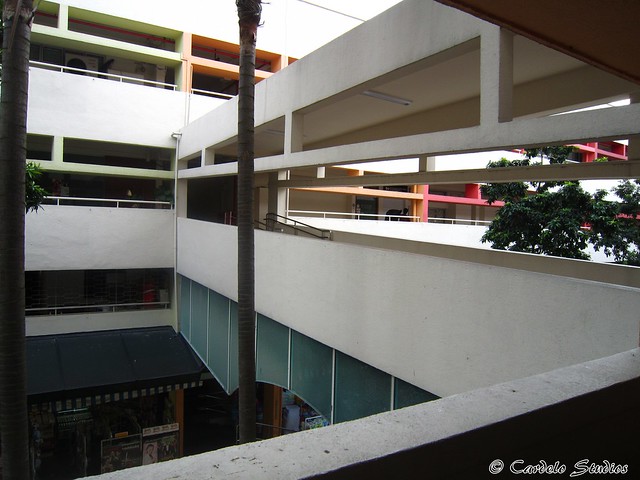 A distinctive feature in Bukit Merah Town Centre is the presence link bridges of various designs, connecting the various blocks together via the second and third levels. 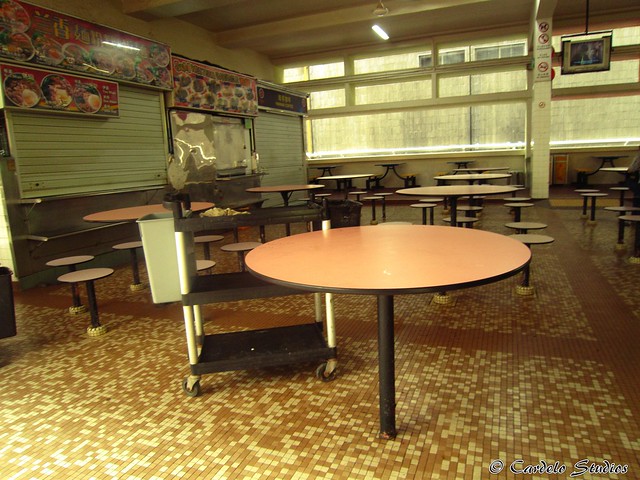 At the centre of the town centre is a multi-storey and underground car park. Adjacent to it is a food centre at Blk 163. However, when I was there, most of the stalls were closed. 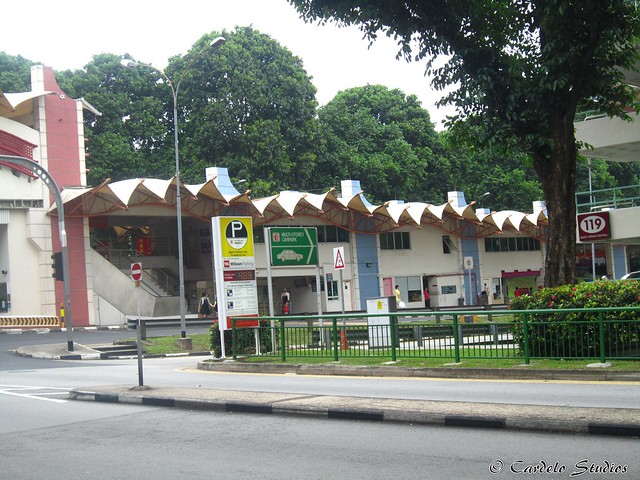 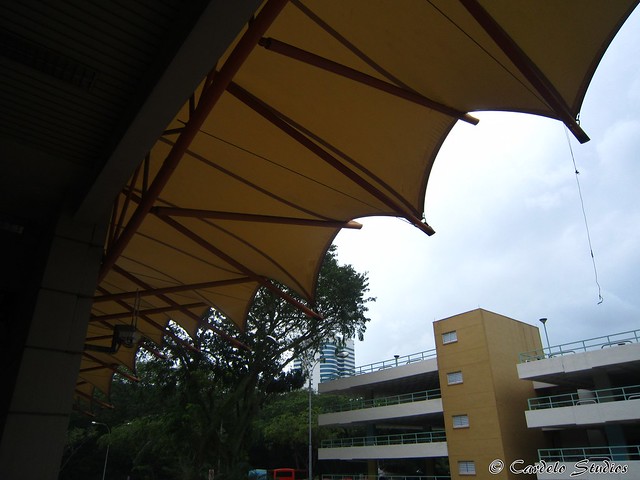 The Bukit Merah Bus Interchange was opened in 1982, and is best identified by its huge canvas roof and overhang along its sides, offering shades to the boarding and alighting bays. 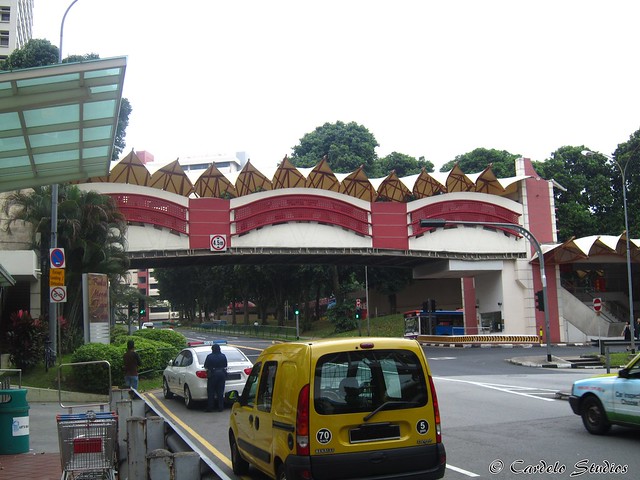 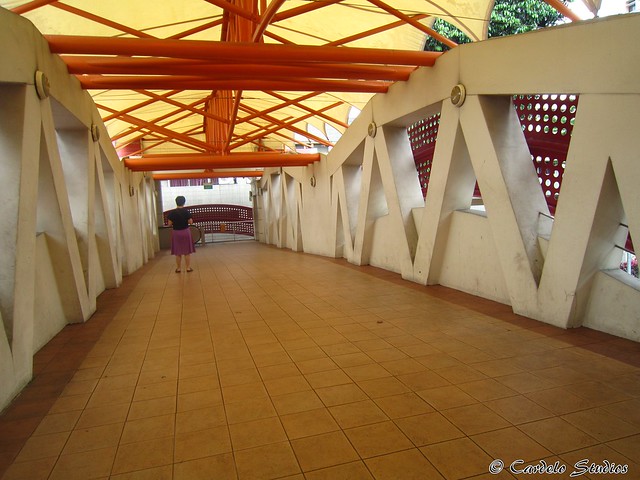 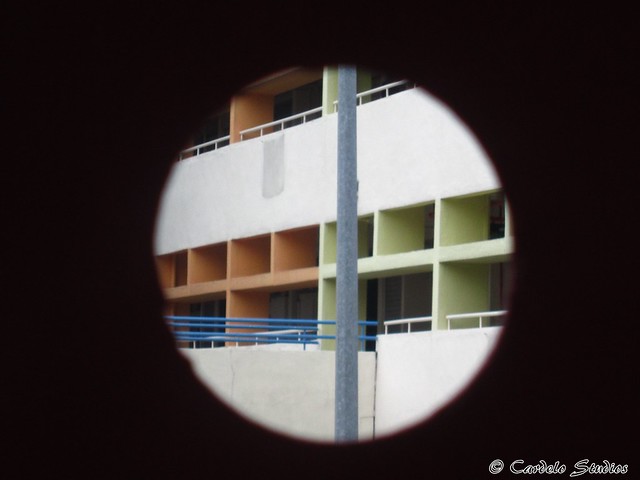 Overhead bridge linking the interchange to the town centre

The canvas roof extends over to the overhead bridge across Bukit Merah Central. Without any supporting columns in the middle, the bridge is held upright by its concrete truss system, intentionally articulated on the inside as railings, while hidden from view from outside with perforated steel claddings. These allow the interior of the bridge to be well shaded yet decently ventilated. 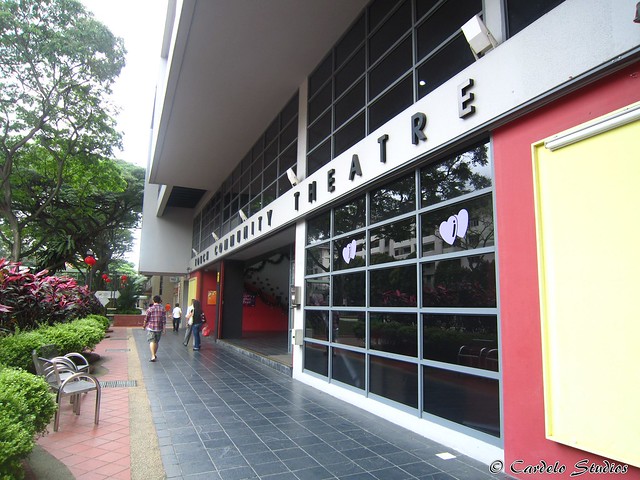 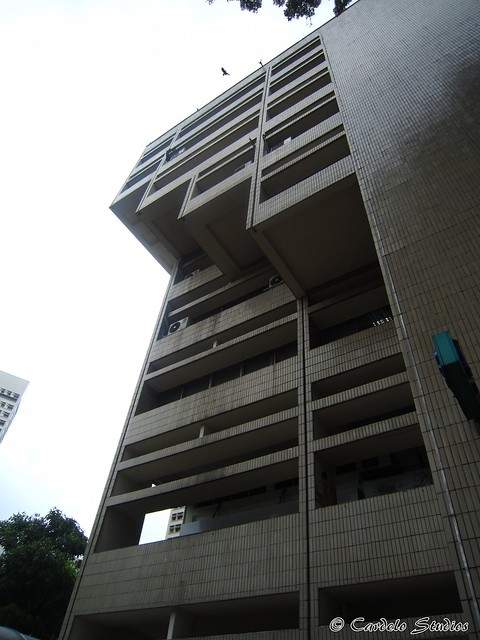 Located at a very visible spot along Jalan Bukit Merah, Block 162 has a distinctive design different from the other blocks. At one end of the block is a group of slightly cantilevered units forming an inverted triangle form that appears to be pointing towards Regal Theatre and the old HDB Centre. 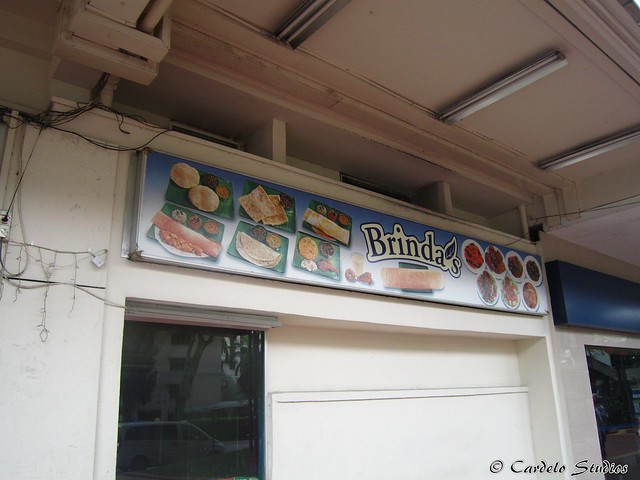 Brinda’s, where A&W used to be

The block houses various shops and restaurants on its first two levels, but the most famous ex-tenant is perhaps A&W, which occupied the current Brinda’s unit on the ground floor. 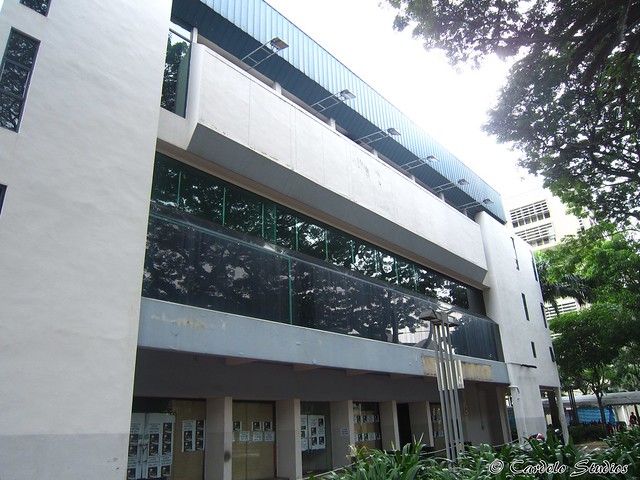 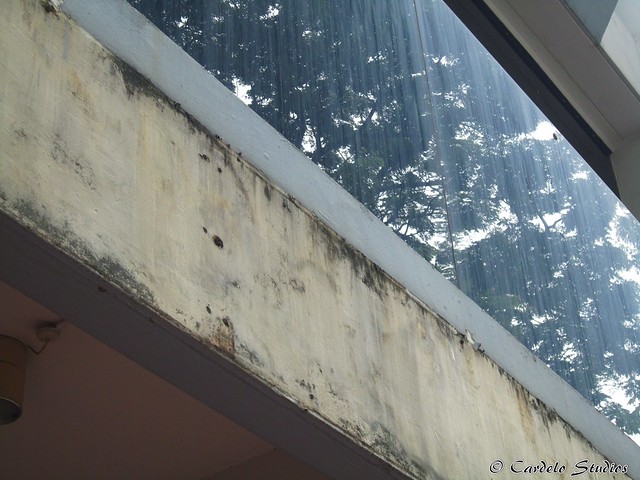 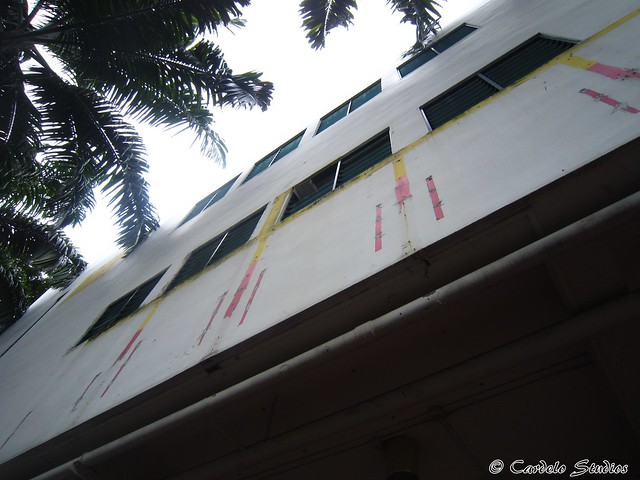 Located between Block 162 and the old HDB Centre, I only remembered this building as the one with a McDonald’s branch on the ground floor. It was only recently when I realised that it used to be known as Regal Theatres, the first neighbourhood cinema under Cathay. The cinema operated from 1979 to the late 1990s, but the McDonald’s continued to operate for another 10 odd years. 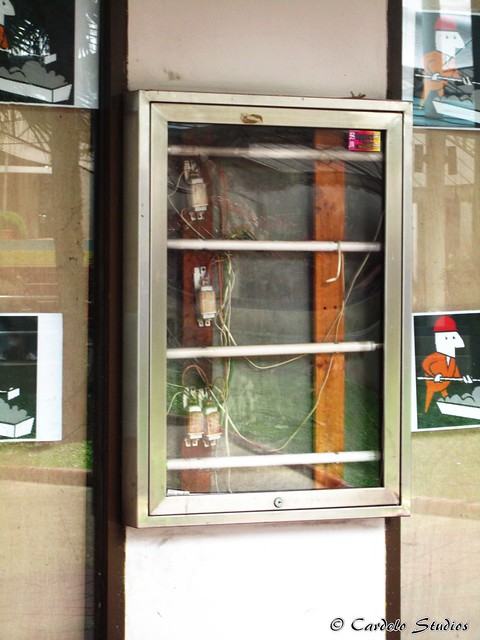 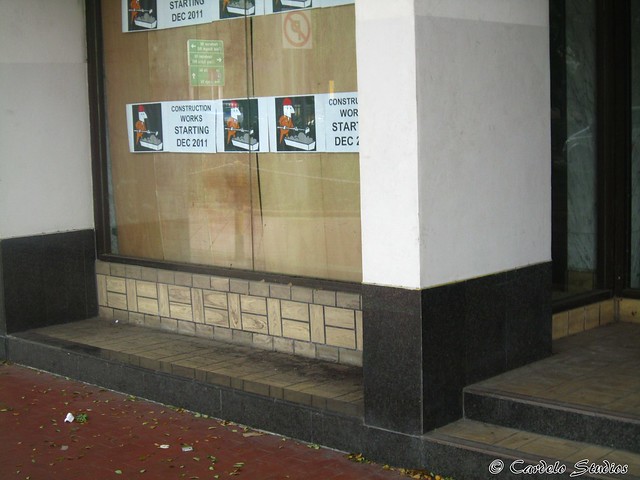 McDonald’s, located at the ground floor

The rectangular wooden-pattern floor tiles were a distinctive feature of McDonald’s outlets. 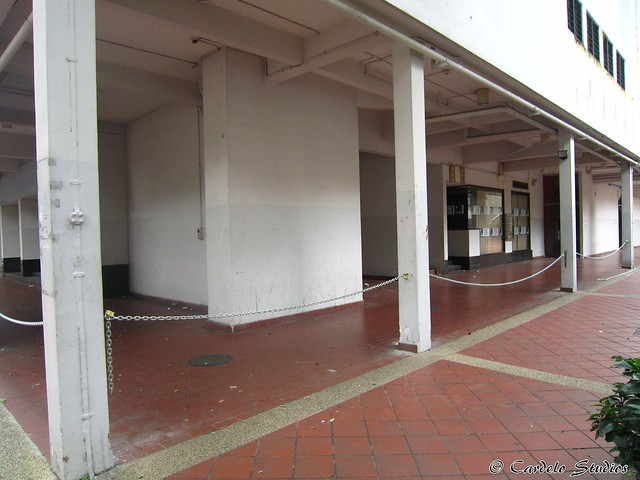 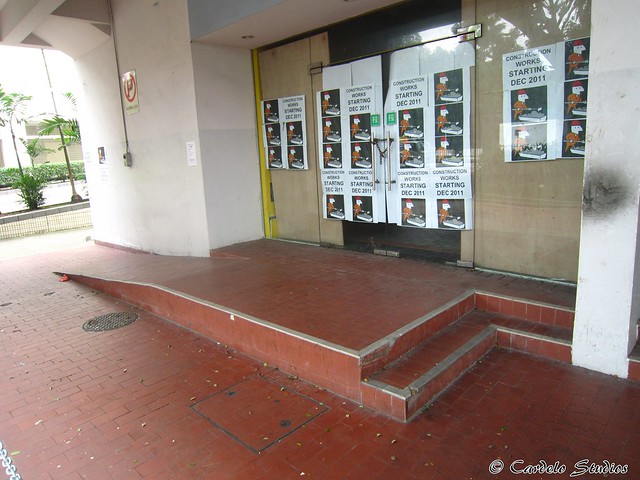 Demolition notices were pasted all around the building

Demolition started in 2012, just a couple of months after my visit. A new building known as “Rubikon” was built on its site. Just like Regal Theatres, the ground floor premise is occupied by McDonald’s. 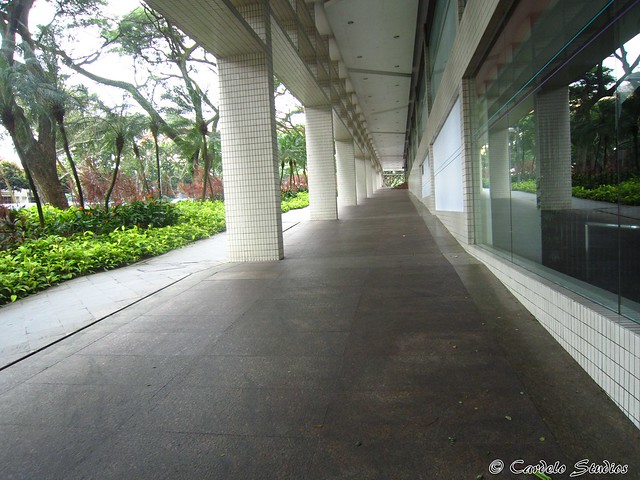 The long slope in front of the old HDB Centre

Block 169 used to be the HDB Centre, with displays of HDB flats and units models and counters handling various HDB-related transactions. A sloped corridor at the front of the block connects the ground and second floors. 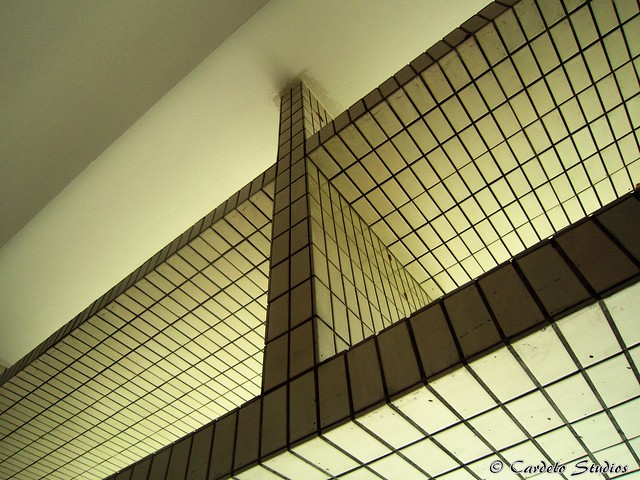 After HDB moved its headquarters to the current HDB Hub at Toa Payoh in 2002, this space was occupied by a FairPrice Homemart outlet (now-defunct outlet concept by FairPrice) and Singapore Turf Club, but neither was able to bring back the crowds that HDB Centre attracted. 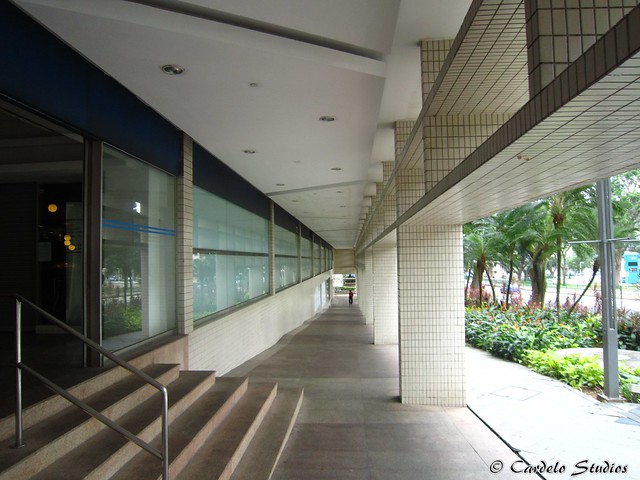 Han’s Café was on the left

It is currently Tower 2 of Connection ONE, the headquarters of Surbana Corporation. Han’s Café was still operating on the second storey, at the top of the “slope”. Blocks 167 (Towers 4 & 5) and 168 (Tower 3) have also become part of Connection ONE. 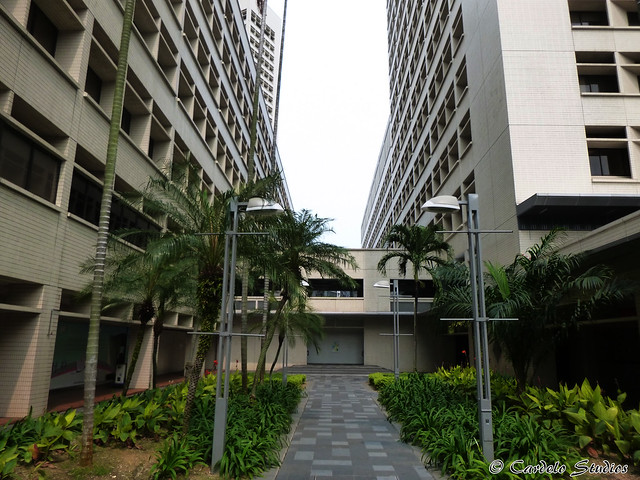 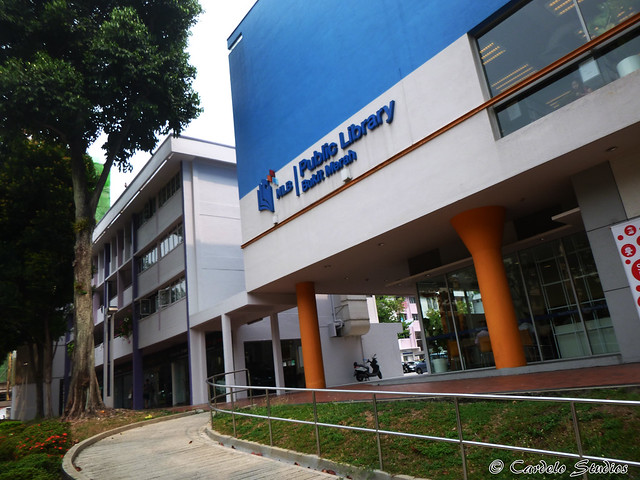 On the western end of the estate stands the Bukit Merah Public Library, which was opened in 1982 and upgraded in 2004 to 2005. It was Singapore’s fourth branch library. 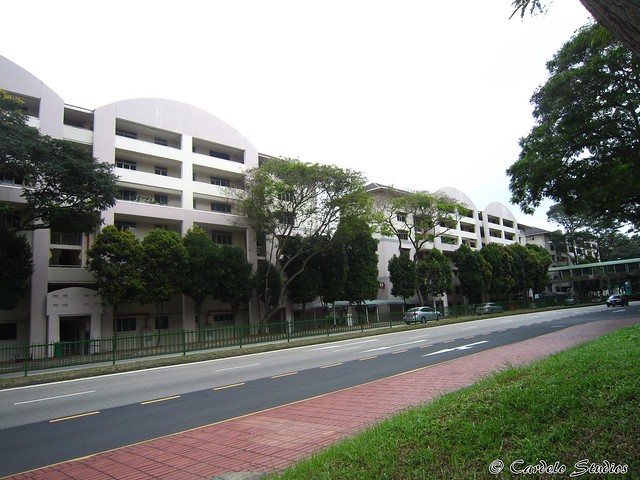 Across Jalan Bukit Merah are 21 flats which I believe were the first batch of SIT flats in this area. There were colloquially known as chek lau (七楼; “seven storeys”) as it was common back then for relocated kampung residents to refer to the new high-rise SIT or HDB flats by the number of storeys. On December 2011, HDB announced that these flats had been selected for SERS. Residents will be moved to replacement flats at Henderson.