During the early years of independence, the Urban Redevelopment Department (URD) of the HDB launched a series of redevelopment schemes. One of the first was the Golden Mile Scheme in 1967, whereby the city redevelopment is concentrated along the highway. The Golden Mile is situated on the strip of land between Beach Road and Nicoll Highway. Similar to the Golden Shoe Scheme launched 3 years later, the predominantly podium-and-tower developments all had their backs against the waterfront.

As its name suggest, Beach Road used to run along the coastal line of Singapore since it was constructed, until land reclamation pushed it inland. During the colonial times, Beach Road ran along the European and Muslim settlements, connecting them to the basin of Rochore River. 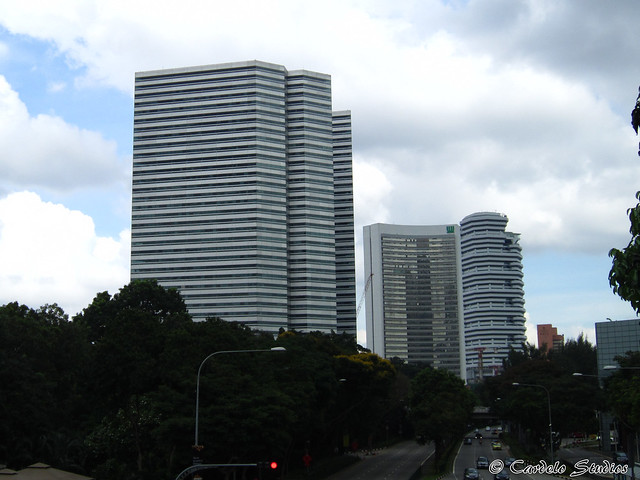 The main buildings along Nicol Highway – The Gateway, The Plaza, The Concourse & Golden Mile Tower

Nicoll Highway runs parallel to Beach Road, and was opened in 1956 to alleviate traffic jams along Kallang Road. It is connected to Esplanade Drive and Esplanade Bridge on the western end, and Merdeka Bridge on the eastern end.

Merdeka Bridge was so named by Minister for Communications and Works Francis Thomas to signify Singapore’s aspirations for independence. There used to be a pair of lion statues known as “Merdeka Lions” located on Merdeka Bridge. They were later moved to Stadium Walk when Nicoll Highway was widened, and currently stand on the grounds of SAFTI Military Institute.

The East Coast Parkway and Benjamin Sheares Bridge has taken over the role of Nicoll Highway and Merdeka Bridge as the main link between the city centre and the eastern part of Singapore.

Nicoll Highway was named after Sir John Fearns Nicoll, Governor of Singapore from 1952 to 1955. It was known as du li qiao lu (独立桥路; “Merdeka Bridge Road”) among the local Chinese. 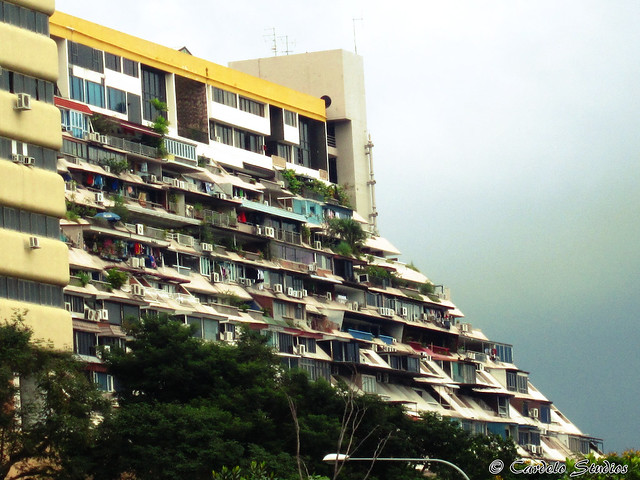 Originally known as Woh Hup Complex (合和大厦; named after the construction company), it was completed in 1973, after the first Sale of Sites under the Golden Mile Scheme in 1967. The 16-storey complex is a “megastructure” designed for high-density living, and embodies the ideas of Le Corbusier’s urban city and Fumihiko Maki’s Metabolism. It is also based on the tropical mega-city idea by the Singapore Planning & Urban Research Group (SPUR). 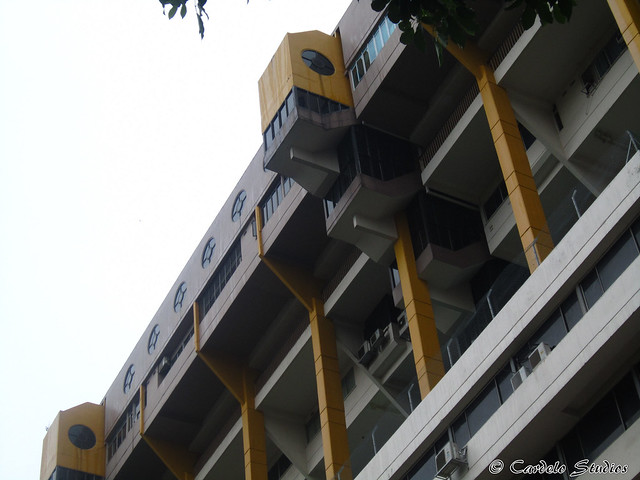 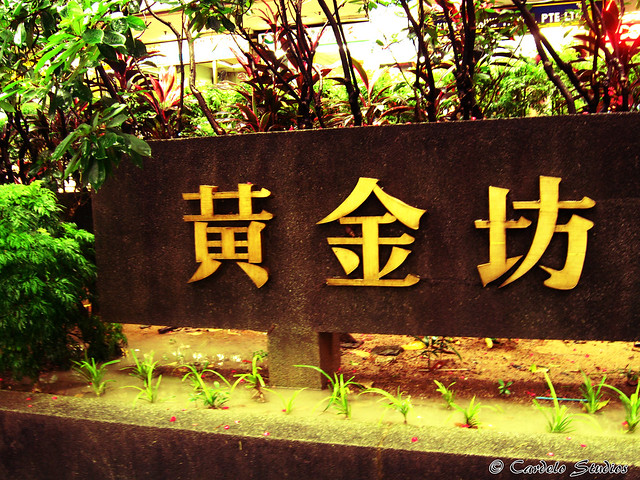 The complex houses shops, offices and residential units. Many tour agencies have offices set up there, and the complex also serves as a pick-up point for tour buses travelling to Malaysia. In addition, numerous Thai eateries and marts can be found in the complex. The congregation of Thai workers and amenities has earned the complex the nickname of “Little Thailand”. 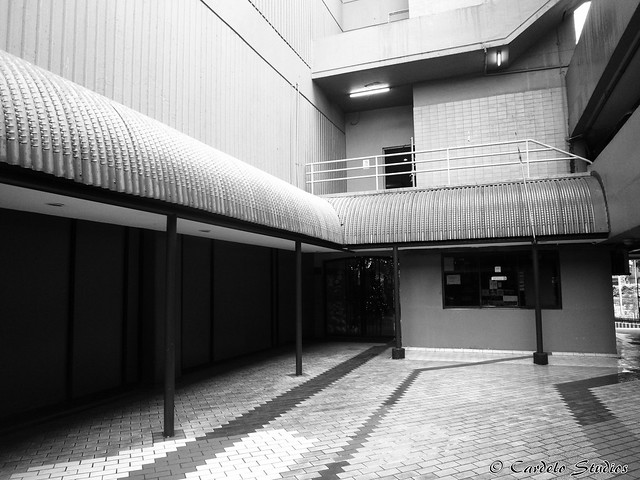 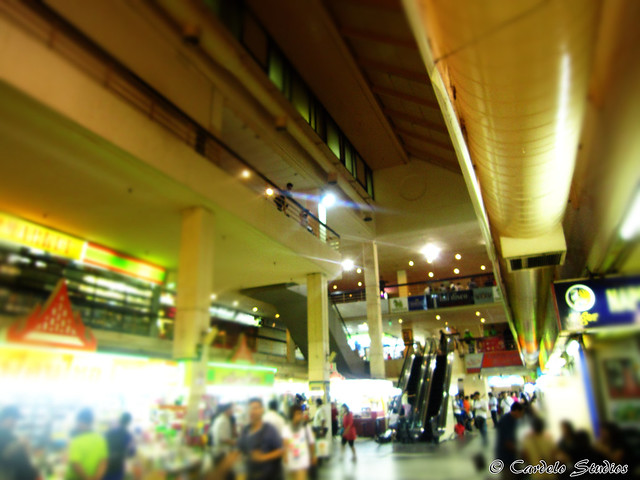 The commercial podium, a.k.a. “Little Thailand”

Being an iconic building designed by local architects, members of the public and local architects alike have hoped for it to be conserved. However, there have been attempts by the owners to sell off the complex for redevelopment. These attempts have not been successful so far, and no one knows for sure how long more can Golden Mile Complex stay. 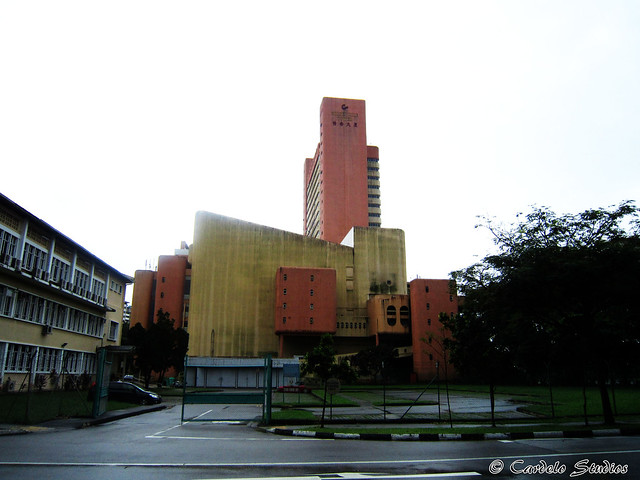 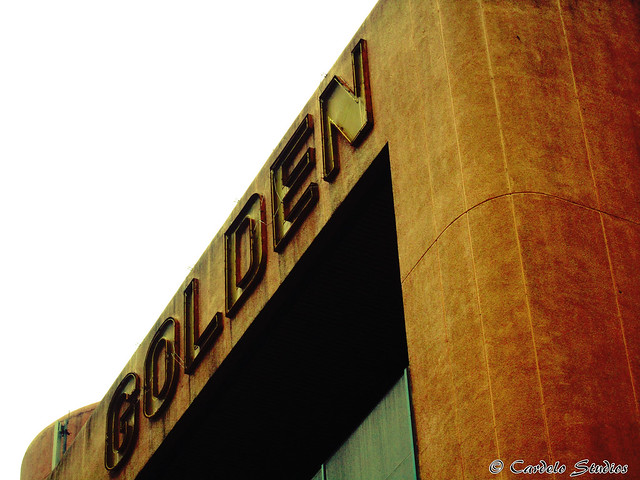 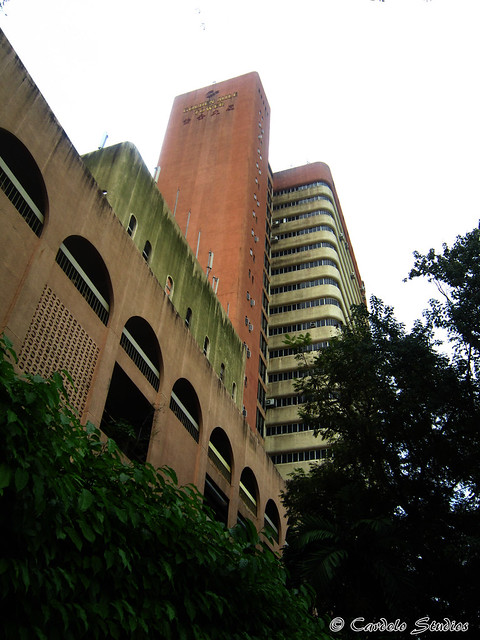 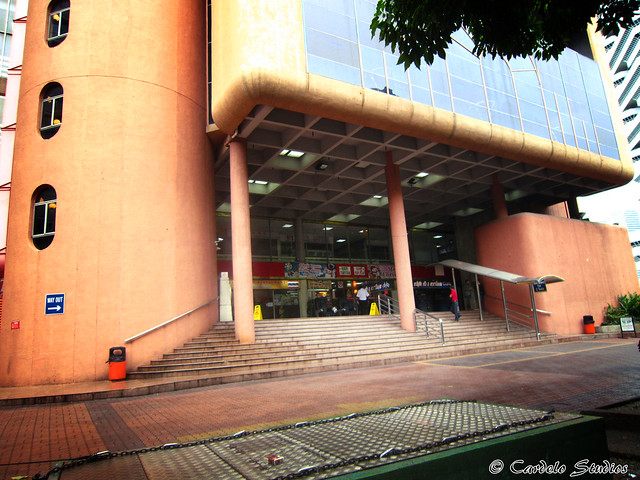 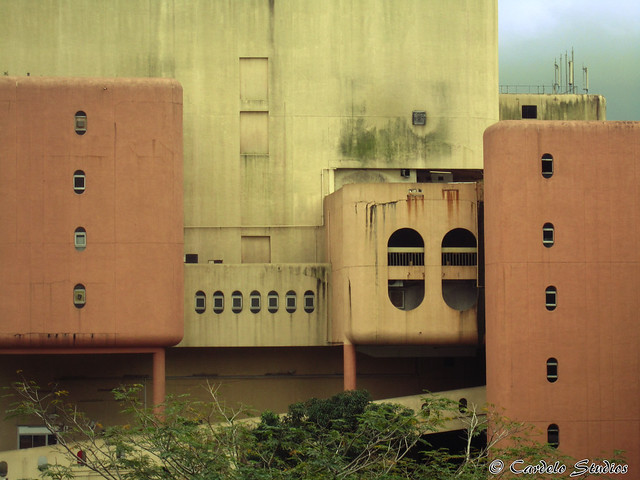 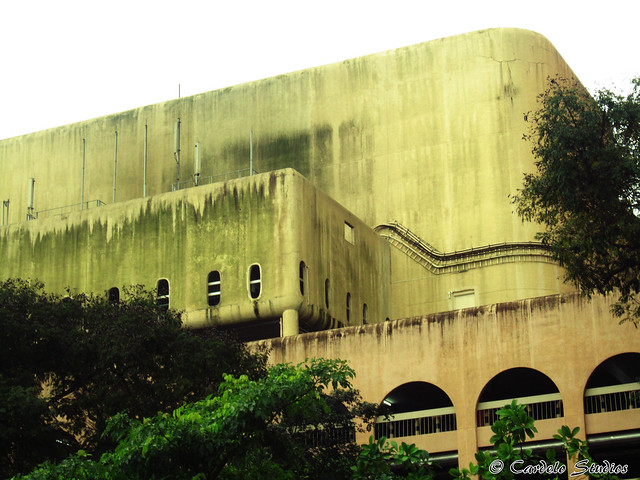 The Golden Mile Tower houses the Golden Theatre (黄金戏院), a popular theatre showing Chinese movies until the late 1990s, when it switched to R-rated and Tamil films. 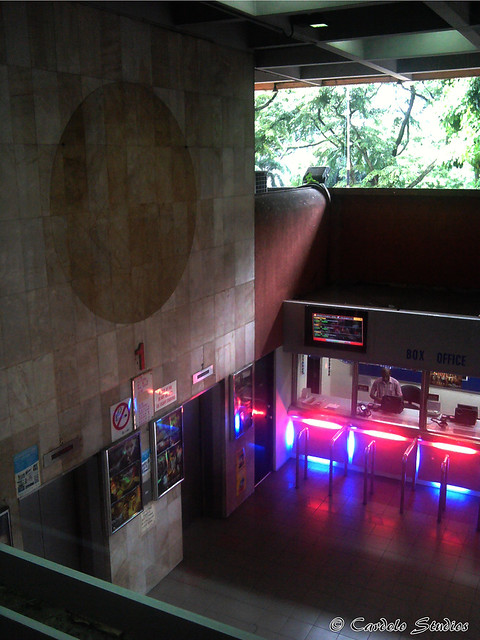 There are now 4 theatre halls – the original Golden Theatre, and 3 new ones (Golden 1, Golden 2 and Golden Studio). They are accessible via the elevators at the entrance of the Tower. In 2014, Golden 1 and Golden 2 were revamped as The Projector, serving as an independent cinema and event space. 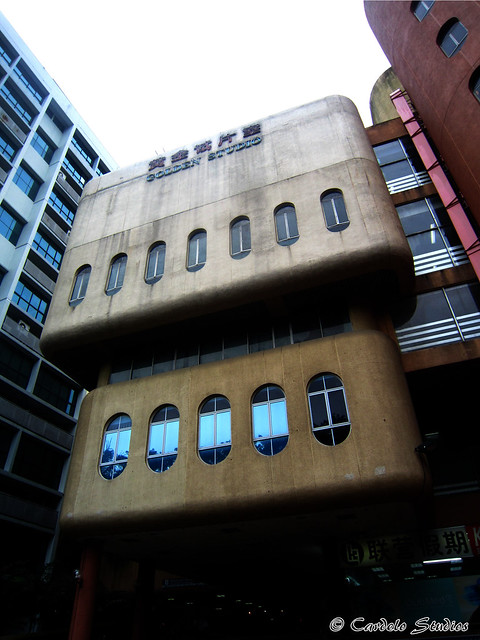 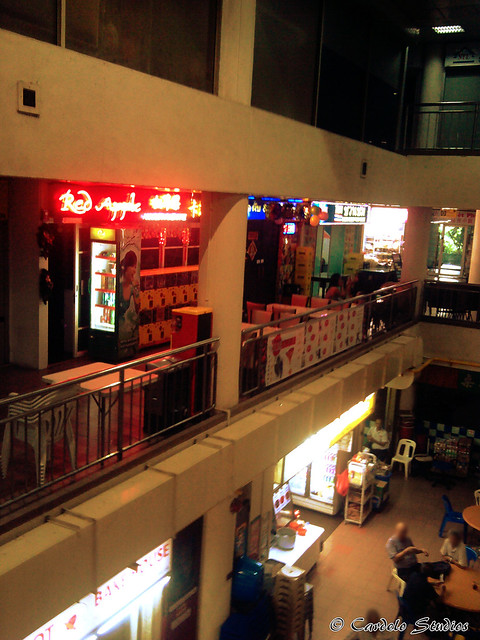 The Tower is also home to a number of KTV lounges. 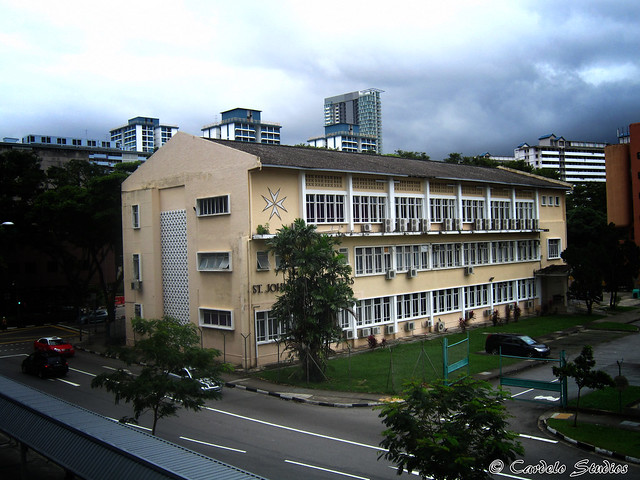 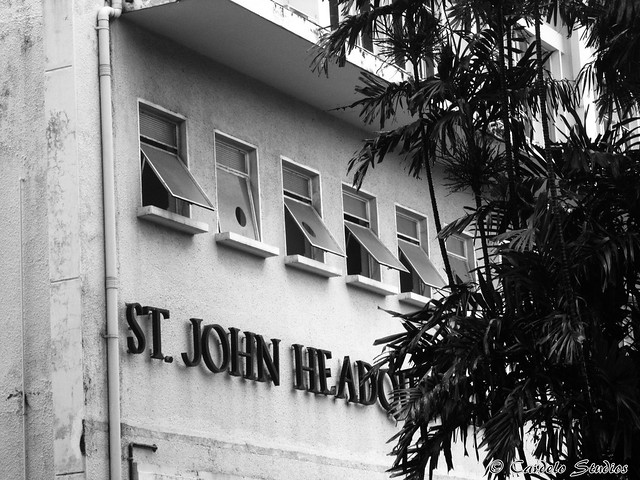 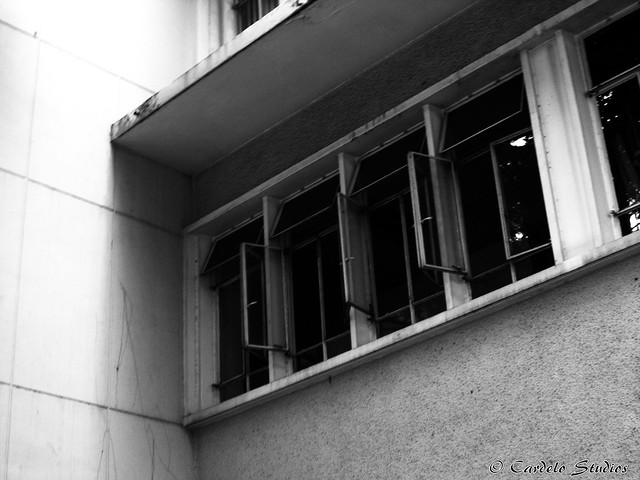 The building was originally two-storey tall, but an additional storey was added in 1964 to allow for an assembly hall. 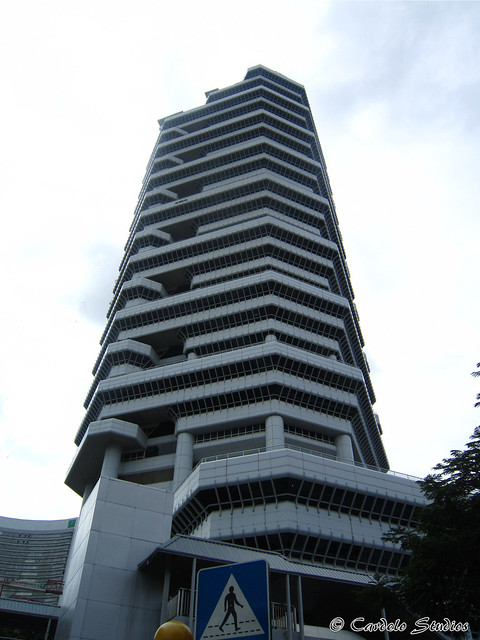 In 1979, the 8th Sale of Sites was launched, and construction for Hong Fok Centre (鸿福中心) began soon after. However, the economic recession in the 1980s caused construction to stop mid-way. It was not only until 1987 when a new design was proposed, keeping the parts of the podium that were already constructed while introducing a new design for the tower. Renamed The Concourse (but keeping its Chinese name), it was completed in 1994. 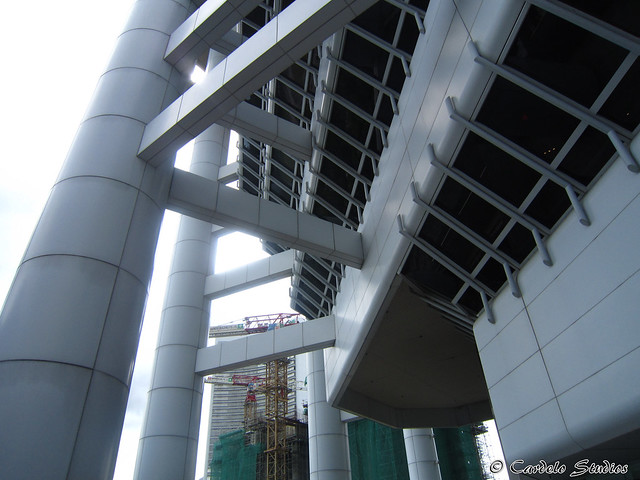 The podium consists of a 3-storey retail segment and a 9-storey serviced apartment block. On top of the podium stands the iconic 41-storey office tower, formed by clusters of units with octagonal plans stacked on top of one another and over giant pilotis. The octagon concept was adopted due to the association of the number ‘8’ with prosperity in Chinese culture. 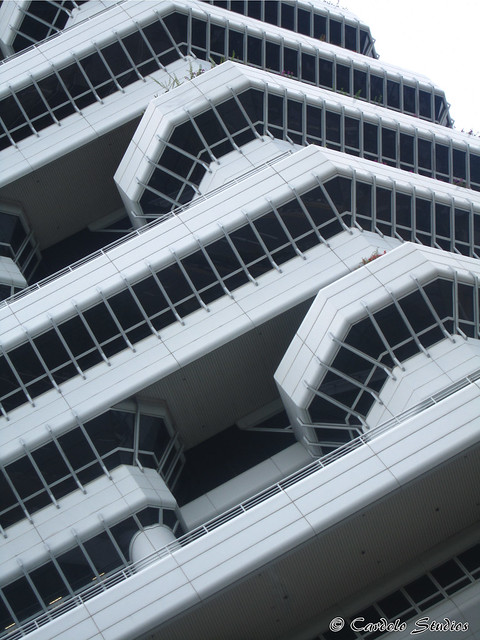 Octagonal units stacked over one another

Personally, I find the aluminium curtain wall façade the most interesting feature. Unlike most modern skyscrapers that have flat glass facades that let in excessive amount of solar radiation, the glass windows of The Concourse tower are inclined to allow diffused natural sunlight to enter, yet at the same time allowing a panoramic view of the surrounding. 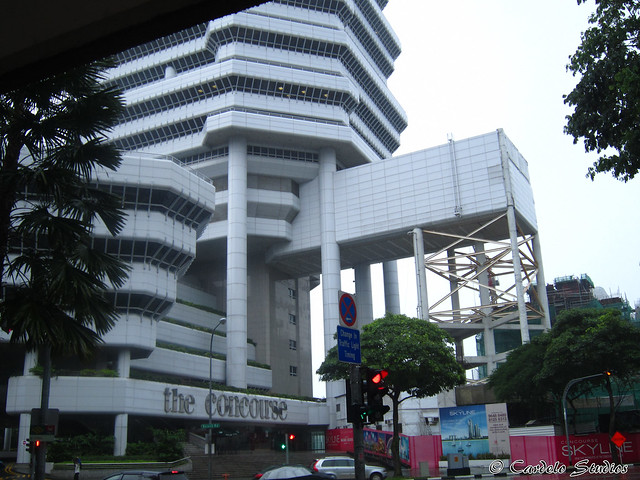 The podium block is demolished

By 2007, less than 13 years after its completion, the podium block was demolished to make way for further development. The Concourse Skyline consists of two towers of residential apartments, and is designed by the Cox Group. Unlike Rudolph’s design which blended seamlessly with the original design, the new towers look jarringly out of place.

The Concourse is currently connected to both the Nicoll Highway MRT Station and Keypoint via a long overhead bridge that spans across both Beach Road and Nicoll Highway. 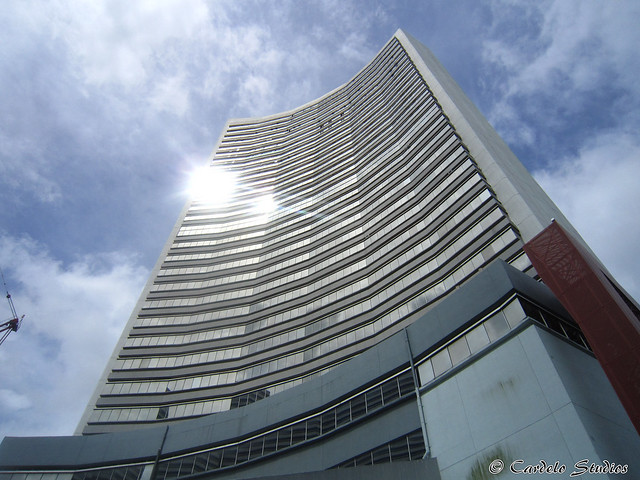 The 1st Sale of Sites also saw the conception of The Plaza, also known as Hotel Merlin. It suffered a similar fate as The Concourse, with the recession stopping its construction after the podium was completed in 1972. The tower, redesigned, was completed in 1979. 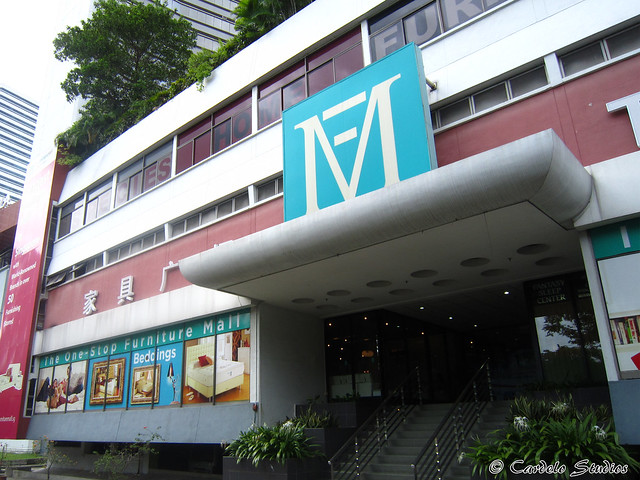 The Furniture Mall, before it moved over to Toh Guan Road

Also similar to The Concourse, The Plaza was conceptualized as a mega-complex, a concept from the US, whereby multiple facilities are contained in one building. The 30-storey tower is triangular in plan and has concave facades. It houses residential and commercial units. The podium, on the other hand, is home to the Parkroyal on Beach Road hotel, the Furniture Mall, and other retail outlets. 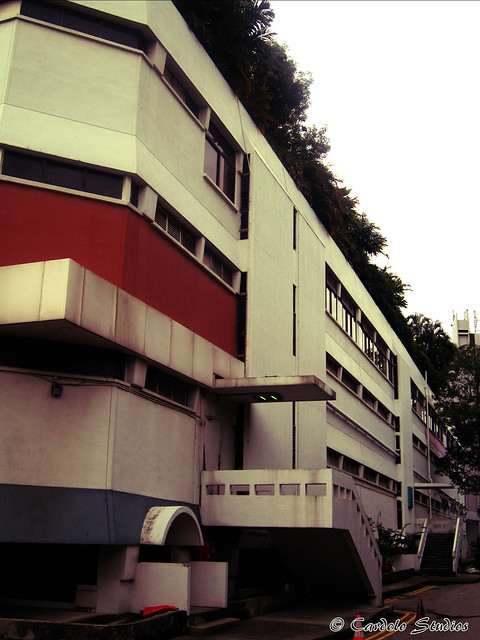 The podium block has also been demolished

Even its final fate is eerily similar to The Concourse. In mid-2012, the Furniture Mall closed down and relocated to Toh Guan Road. The 3-storey mall was refurbished, and a new tower block was constructed over it. It is now known as the Pan Pacific Serviced Suites Beach Road. 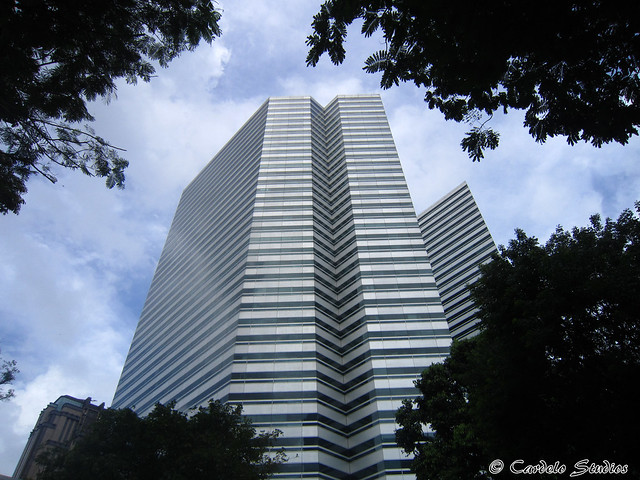 Completed in 1990, the pair of trapezoid office towers was from the 8th Sale of Sites. The twin towers stand on the original site of Clyde Terrace Market, a waterfront trading venue that was set up next to a port since the early 1800s. The market was rebuilt in 1872 on reclaimed land, but further land reclamation left it landlocked. By 1956, Nicoll Highway was laid out in front of the market. The market was relocated to Pasir Panjang Wholesale Centre in 1983. The market was then demolished to make way for The Gateway. 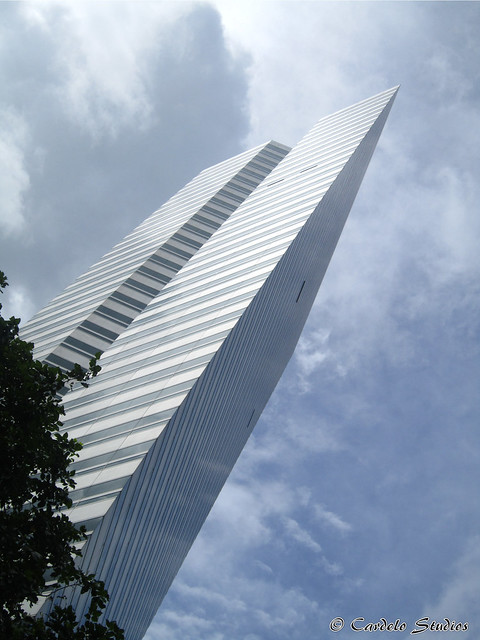 The Gateway stands at the intersection between the Golden Mile and the Ophir-Rochor corridor, two strips of land that have been slated for commercial development. 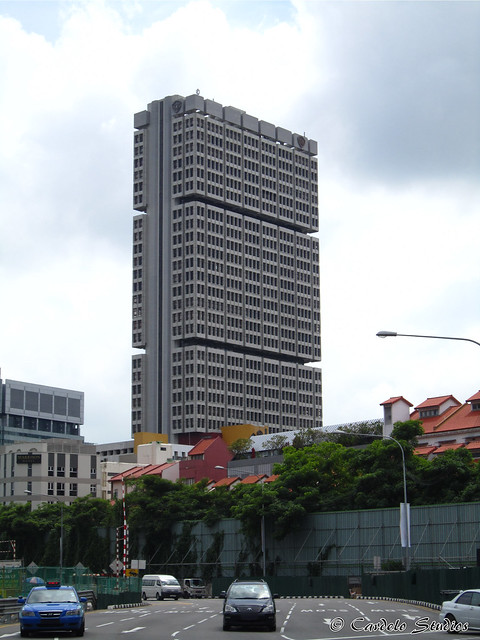 The 3rd Sale of Sites was launched in 1969, and Shaw Towers was completed 5 years later. It stands on the original site of Alhambra and Marlborough Theatres. Alhambra Theatre was opened in 1907 and bought over by Shaw Brothers in the 1930s. It became the first fully air-conditioned cinema. It was renamed New Alhambra and then Gala Theatres when Cathay took over. Marlborough Theatre was built in the 1930s. 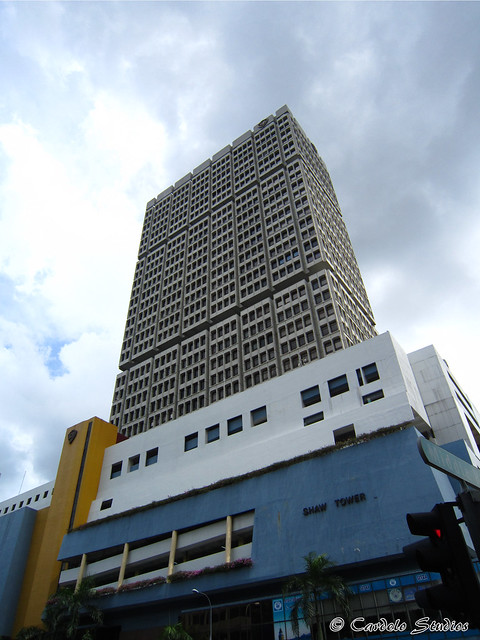 After the completion of Shaw Towers, two new cinemas were opened in the building, namely Jade Theatre and Prince Theatre. Both theatres expanded to two halls each in 1988, and in 1996 the 4 halls were renamed Grand Prince, Alhambra, Royal Jade and Emerald. The 100 years’ worth of theatre history on this site finally ended when the cinemas closed in 2008.

The tower now houses a number of restaurants and eateries on its lower levels.