In 2011, the railway tracks that ran from Woodlands to Tanjong Pagar were dismantled. I was one of the thousands of people who flocked down to walk the trail after train services stopped, before the tracks were removed. Most of the land along the tracks has not been developed yet though, and most of the structures are still standing. 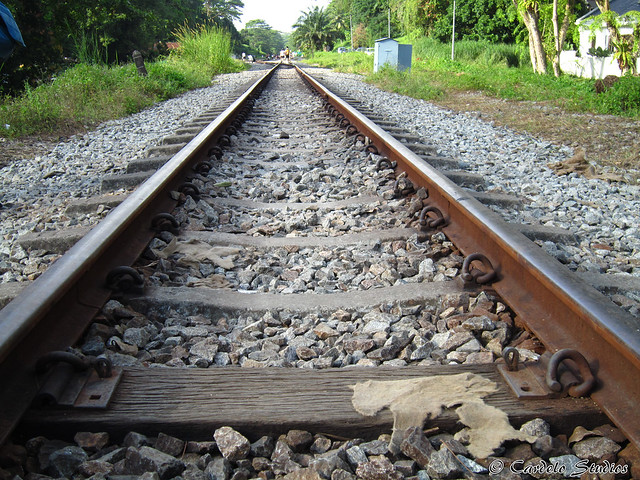 Construction for the main railway line in Singapore started at the end of the 19th century, and officially opened in 1903. The first section, running from Bukit Timah to Tank Road and passing by stations at Newton and Cluny Road, was opened on the first day of that year, and the Woodlands extension connecting Bukit Timah to Woodlands was completed 3 months later. Another extension from Tank Road to Pasir Panjang was completed in 1907. The line was then connected to Johore in 1923 when the Singapore-Johore Causeway was completed.

In 1932, the Tanjong Pagar Railway Station was completed, together with the West Coast line extension, while the Tank Road branch was officially closed on the same day. It was dismantled 4 years later. The Pasir Panjang branch was also closed around that period. The resulting railway line was similar to what we were familiar with prior to the closure in 2011.

There was also a Jurong branch line which opened in 1965 and closed in the 1990s. 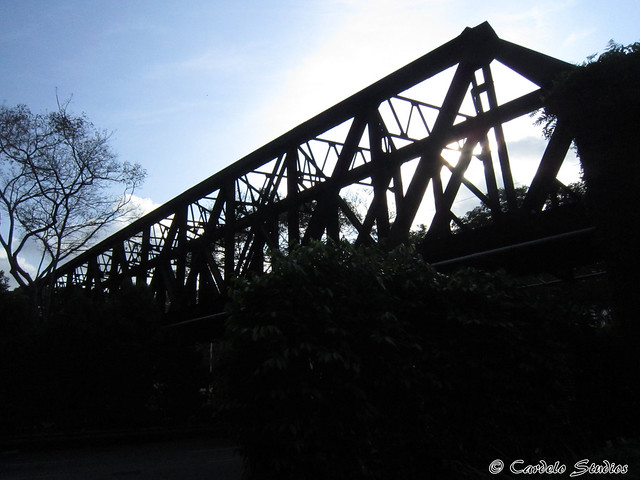 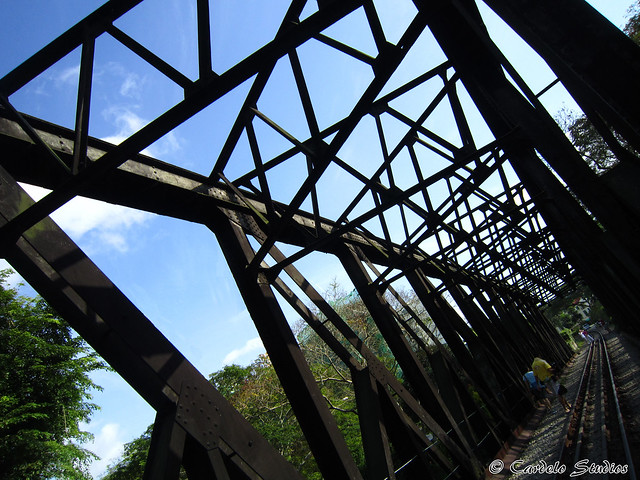 From the bridge, the Bukit Timah Railway Station was just a short walk southwards. 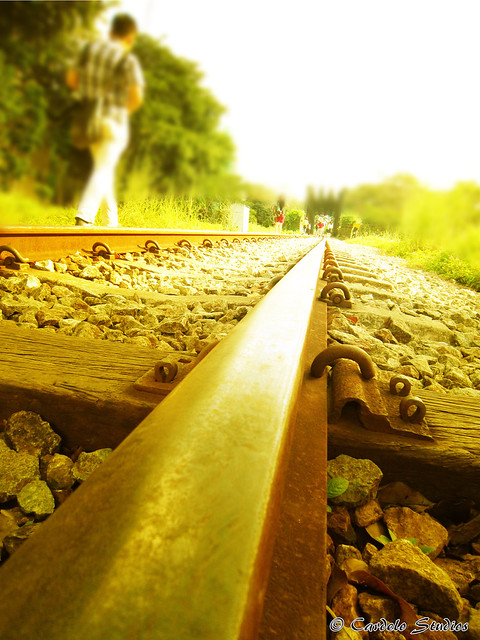 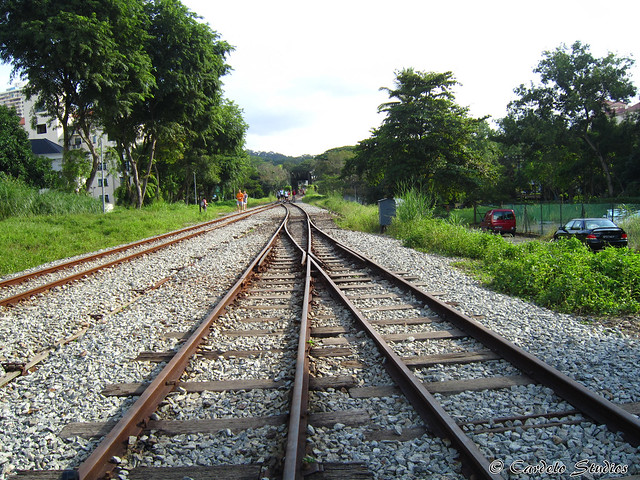 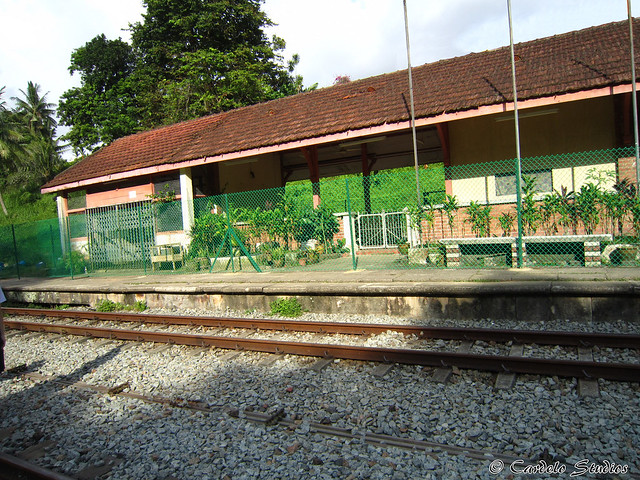 The original Bukit Timah Railway Station was opened in 1903 with the commencement of the first railway service in Singapore. It was located approximately at the currently vacant land along Upper Bukit Timah Road, across Pei Wah Avenue. The current brick building was constructed in 1932. 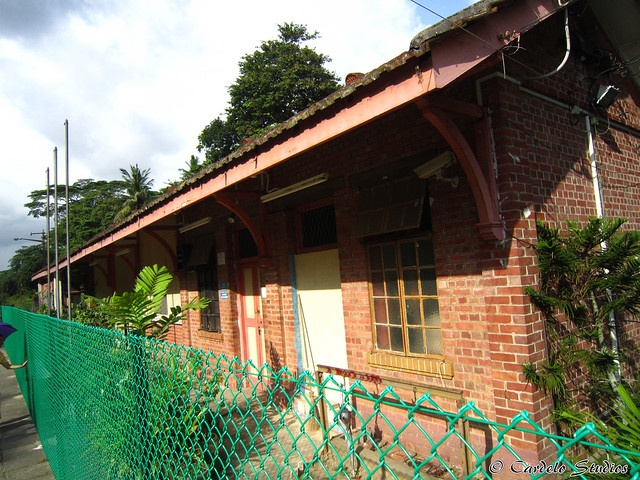 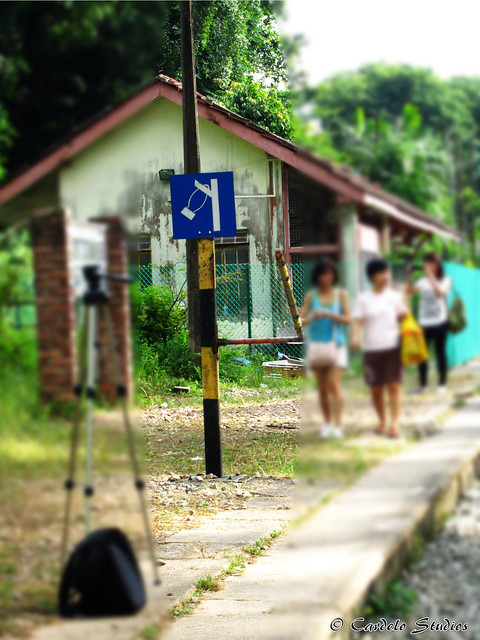 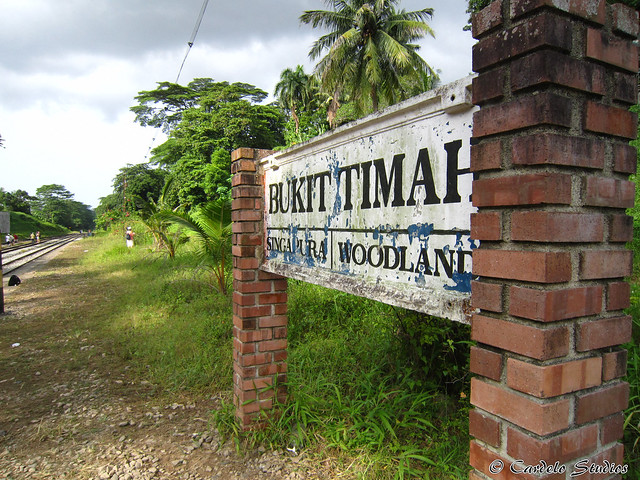 The building was gazetted a conserved building in 2011. 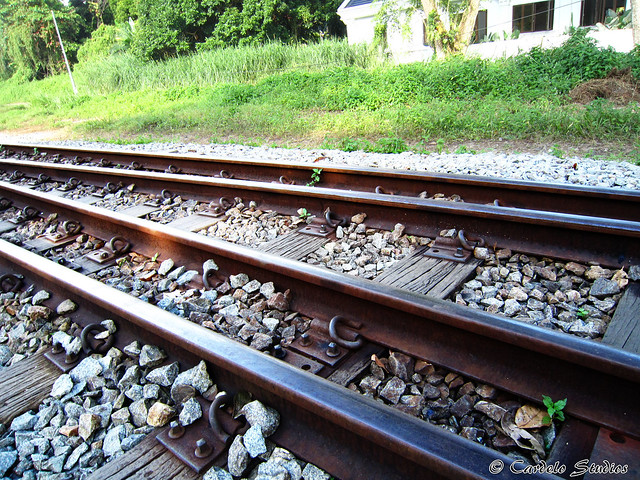 After the station, the line continued southwards through a forested area. 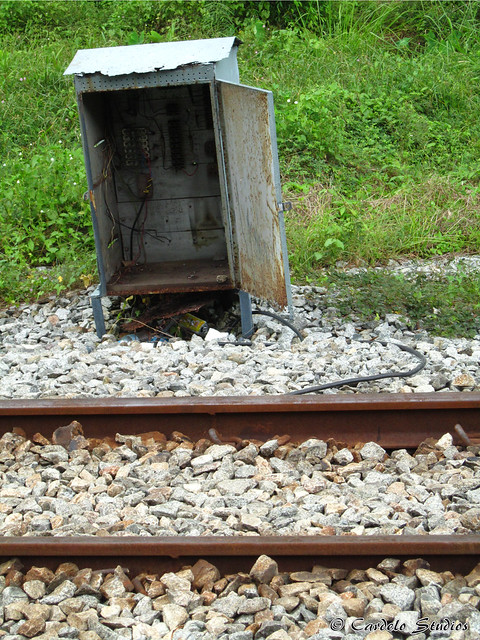 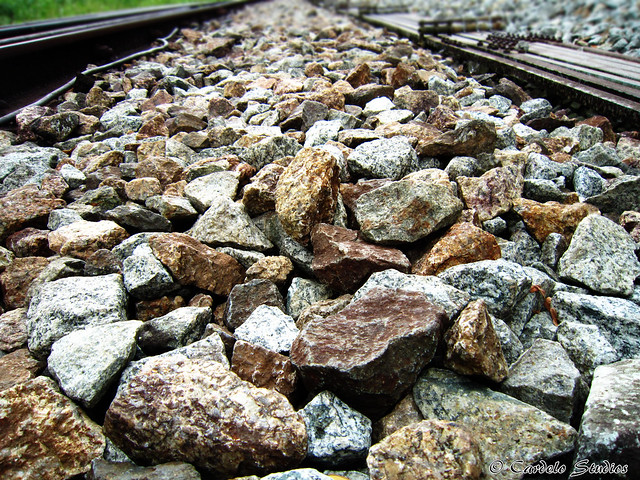 Along the whole stretch of railway tracks were signs like this that indicate the distance between that particular location and Butterworth, Penang – the start of the railway line. The distance is recorded in km. 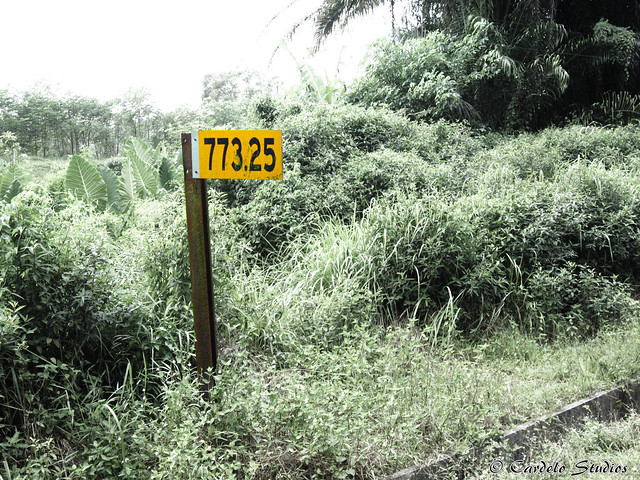 773.25km away from Butterworth

Somewhere along this straight stretch of tracks was the original branch-off to Jurong branch line. It was somewhere near a pile of wooden sleepers. 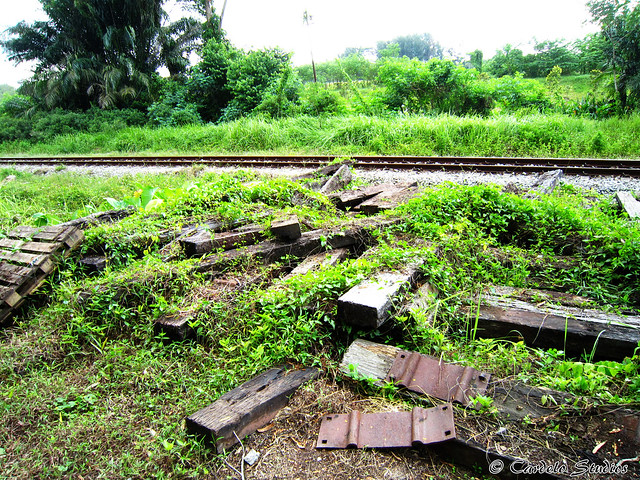 The pile of wooden sleepers, approximately where the Jurong Line branches off 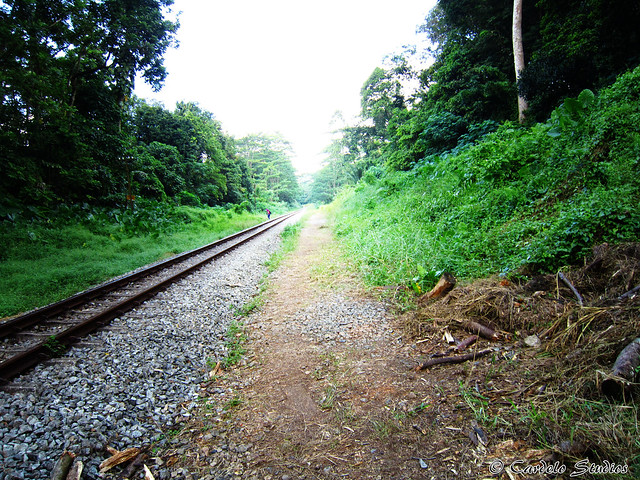 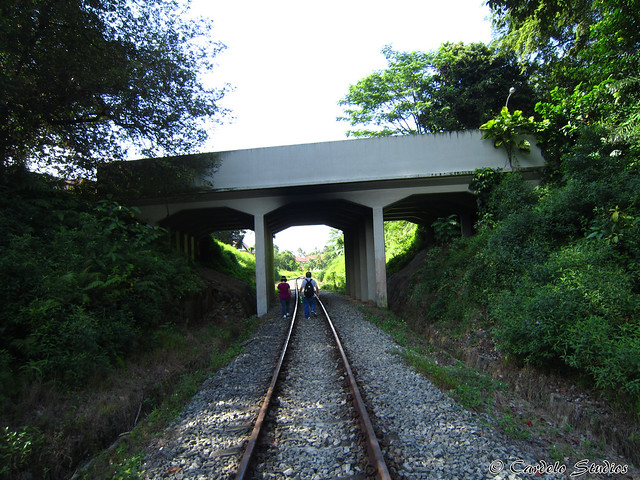 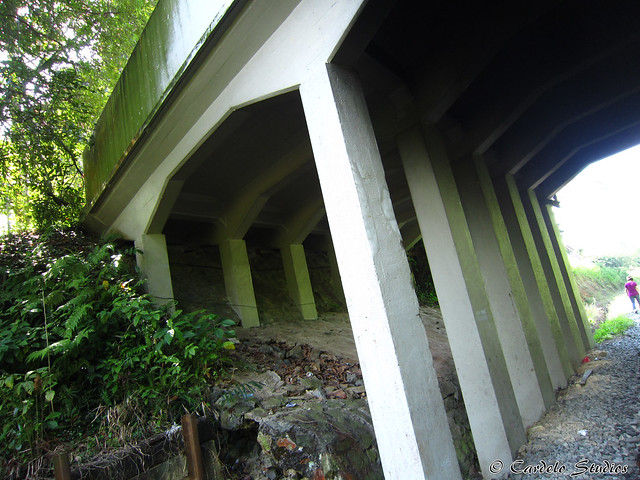 The track then passed by some private residential buildings before crossing under Holland Road again, near the junction with Bukit Sedap Road. 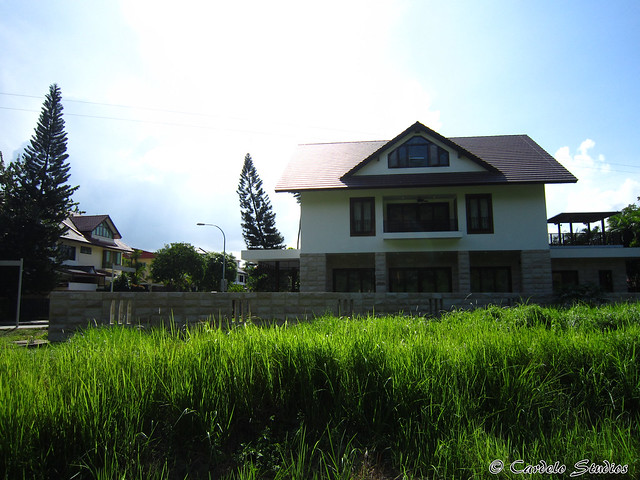 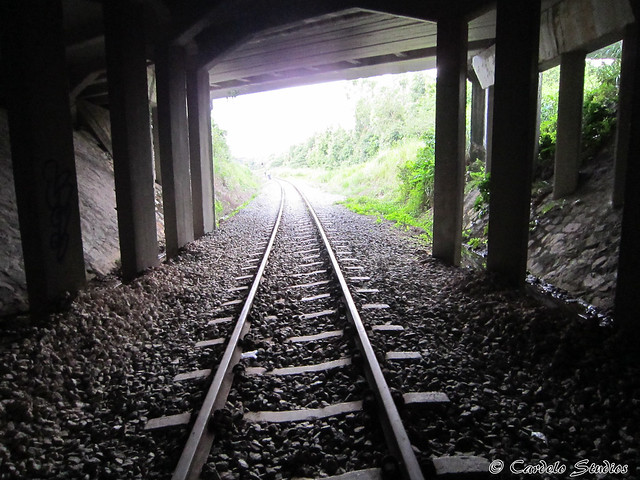 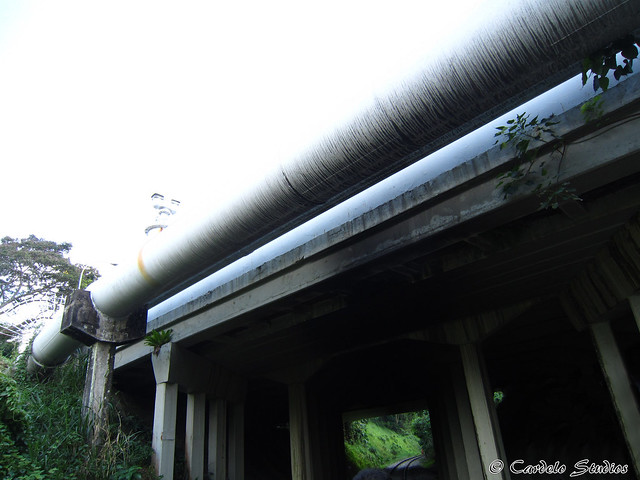 After Holland Road, the track went past buildings along Mount Sinai Lane and Jalan Jelita. 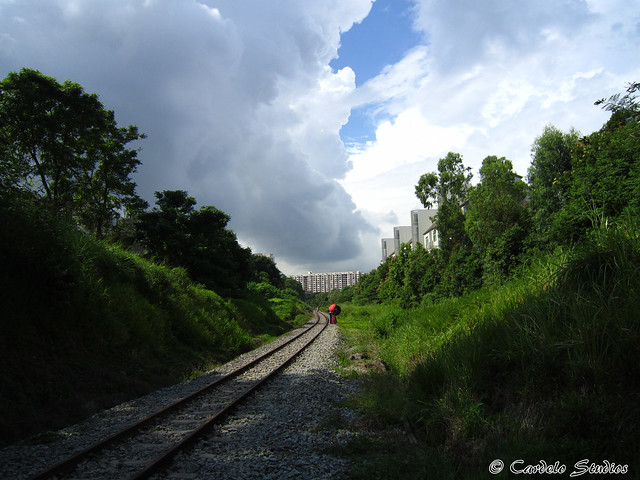 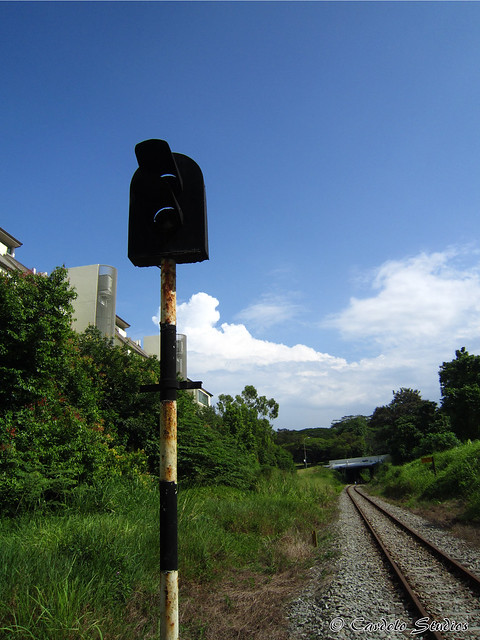 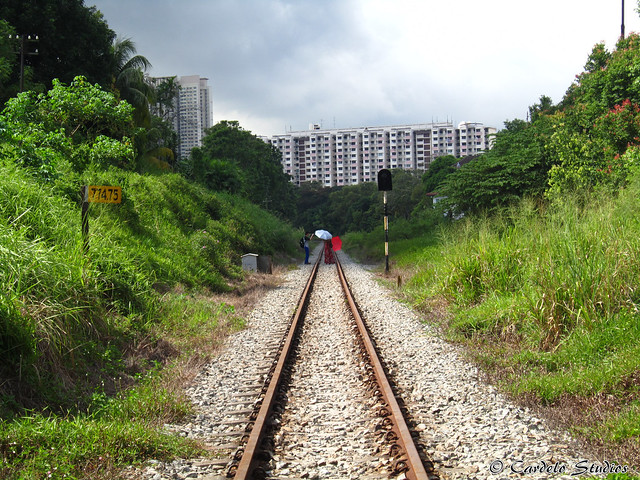 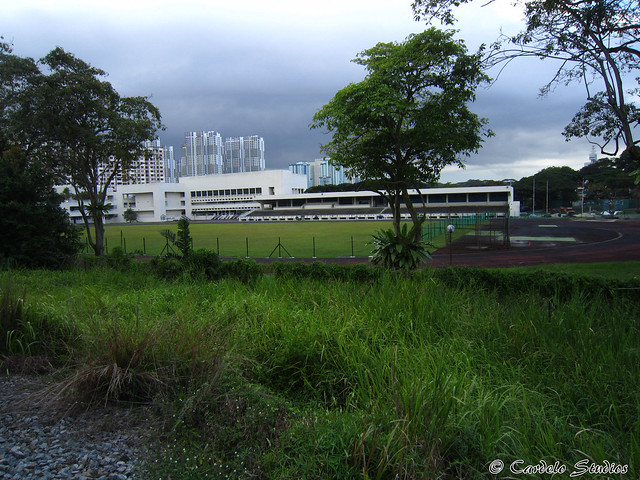 Raffles Junior College was established in 1982, and moved from its temporary campus in Paterson Road to this campus along Mount Sinai Road two years later. At the end of 2004, the school moved to its current location in Bishan, next to its secondary school counterpart, Raffles Insitution, to pave the way for merger in 2009.

In December 2006, Dunman High School moved into this campus temporary while its campus at Tanjong Rhu was upgraded in lieu of its Dunman High Programme, its version of the Integrated Programme. The school moved back in December 2008. The campus is subsequently occupied by Raffles Girls Primary School, and will be the holding site for the new JC for IP students from Catholic High School, Singapore Chinese Girls’ School and CHIJ St Nicholas Girls’ School while their permanent campus at Sin Ming Avenue is being completed.

After passing by the campus, the railway tracks continued southeast. Private housings along Tan Boon Chong Avenue and East Sussex Lane stood alongside this stretch. 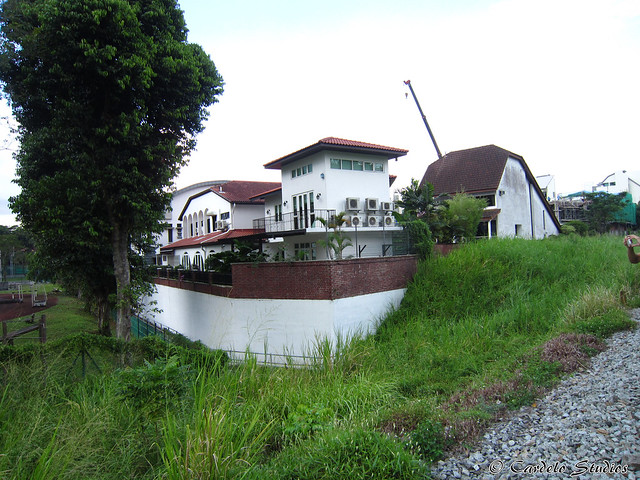 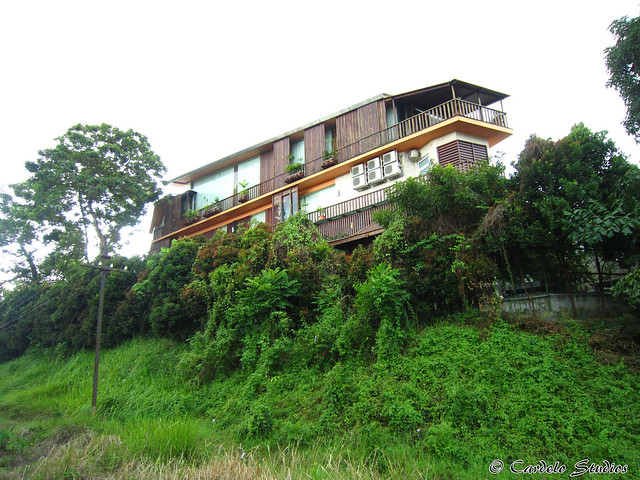 I stopped my journey at Ghim Moh, near the Buona Vista MRT Station.

In addition to the above map of the stretch that I visited, I attempted to trace out all the major railway lines that used to run in Singapore. The trails are by no means exact or accurate, and are based on various sources that I have found.