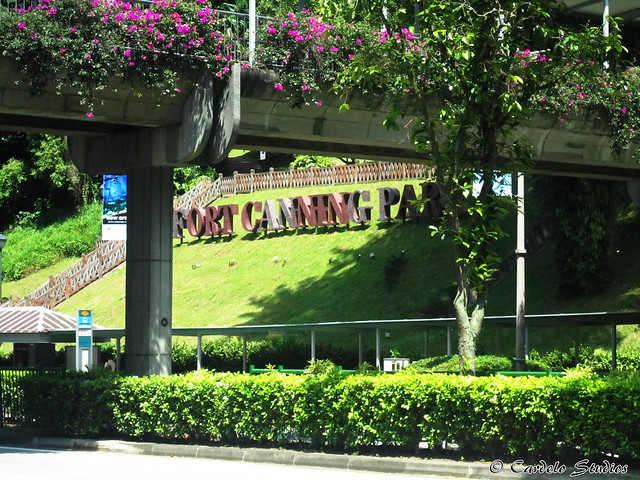 Fort Canning Hill was originally known as Bukit Larangan, which means “Forbidden Hill” in Malay. The locals believed the hill was the site of burial grounds and palaces built by the ancestral kings, and thus were forbidden to ascend the hill. When Raffles arrived, he set up his residence and the government house on the hill, as it provided a clear view of the port city. This gave the hill the name “Government Hill”. 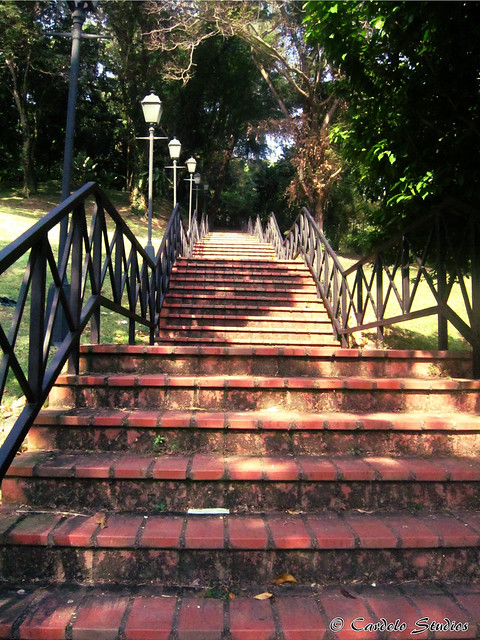 In 1859, a decision was made to convert the hill into a military site. A fort was built, and named after Viscount Charles John Canning, Governor-general of India. “Fort Canning” subsequently became synonymous with the hill. 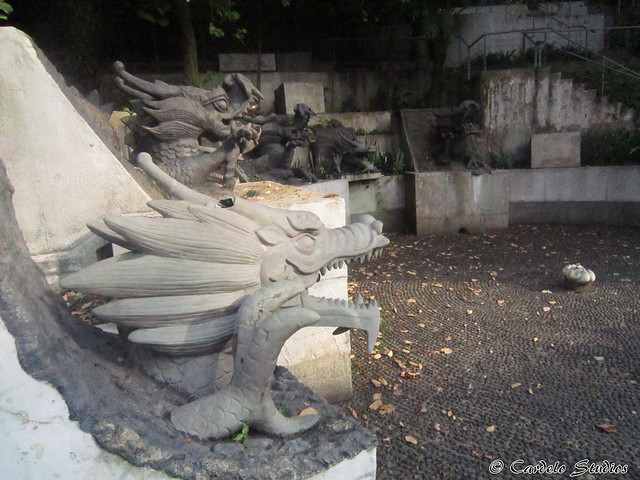 Today, it is a recreational and heritage site, with hotels, restaurants, excavation sites and lawns for holding outdoor events. NParks has also set up 2 trails around the park, namely the 14th century (ancient history) trail and an 18th century (colonial history) trail.

Most of the architecture and artifacts from the 14th century did not survive till today, hence most of the sites along this trail are just placemarkers and storyboards. However, quite a few of them are still worthy of a visit. 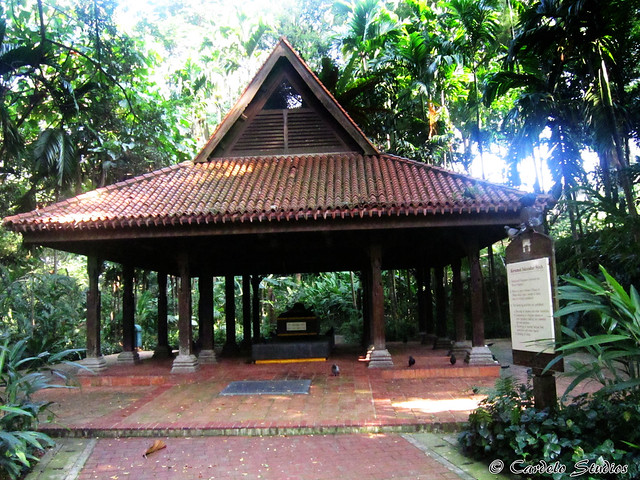 This keramat (Muslim shrine) is believed to belong to Iskanda Shah, also known as Parameswara, the fifth and last Raja (king) of Singapura. According to the Sejarah Melayu (the Malay Annals), he was the great-great-grandson of Sang Nila Utama, the founder of the Kingdom of Singapura. Iskandar Shah’s father, Paduka Seri Maharaja, was believed to be the king who ordered the execution of the boy in the legend of Bukit Merah. 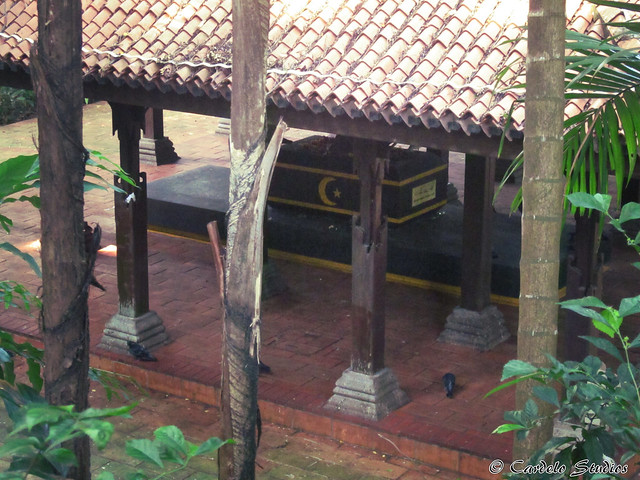 Iskandar Shah ruled from 1389 to 1398, when the kingdom of Majapahit launched an attack on Singapura. Iskandar Shah fled to Malacca, where he founded a new settlement and became its first ruler. As he had died at Malacca, it is believed that he could not have been buried at Fort Canning.

The keramat is sheltered by a pendopo roof held up by 20 wooden pillars. 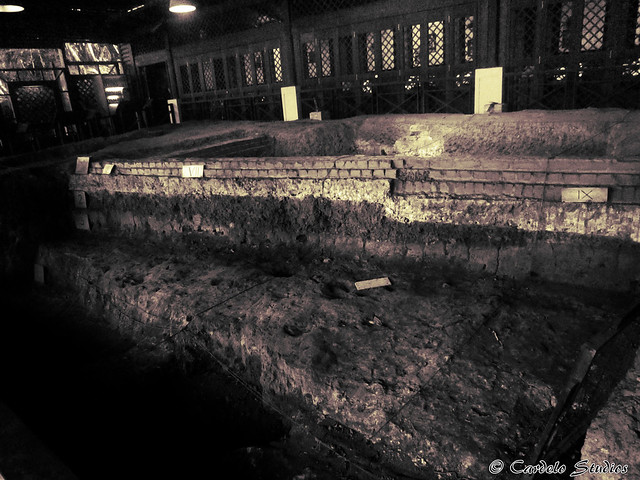 Archaeological excavations were carried out at Fort Canning since 1984, and this exhibition area was opened in 2001 to display some of the artifacts found. Although most of the wooden structures have perished, numerous artifacts such as those made of porcelain and glass survived. These artifacts suggest the existence of local craftsmen and trade back in the pre-colonial days. 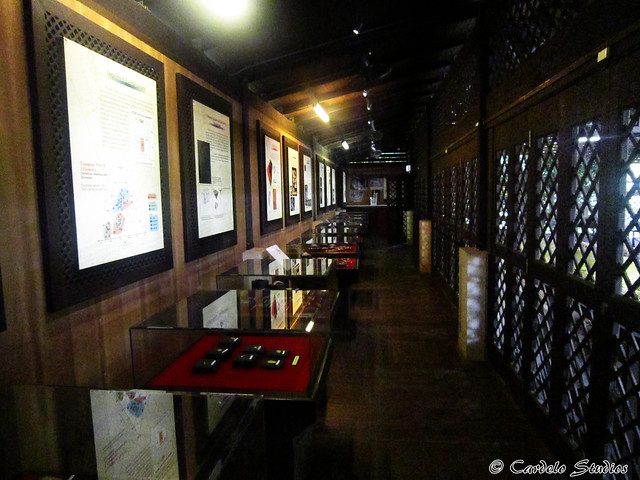 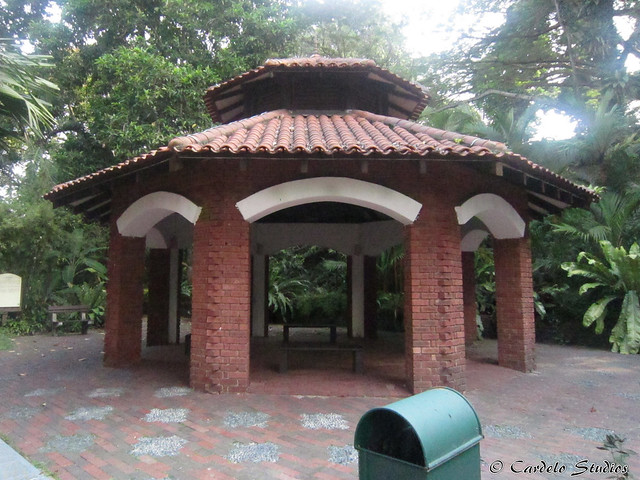 Pavilion at the possible site of the royal palace

The royal palace of the Raja was built from perishable materials such as timber, and thus no traces of it remain today. The heritage trail has identified the Picnic Terrace as one possible site of the royal palace. Although you can’t get a sense of the royal palace and its extensive decorations and facilities anymore, the large octagonal pavilion serves as a great resting place amidst trekking through the trails. 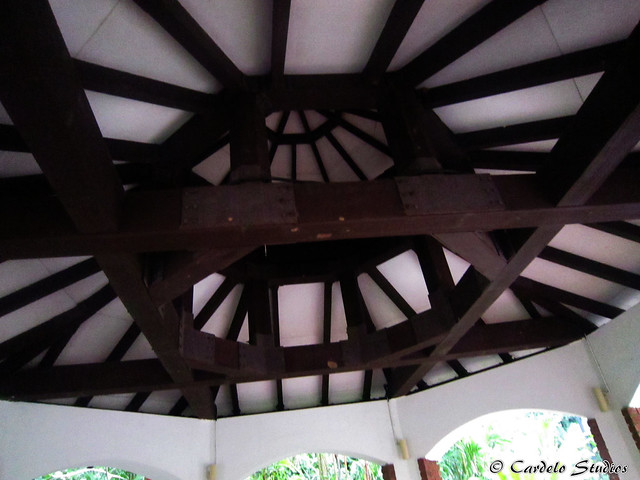 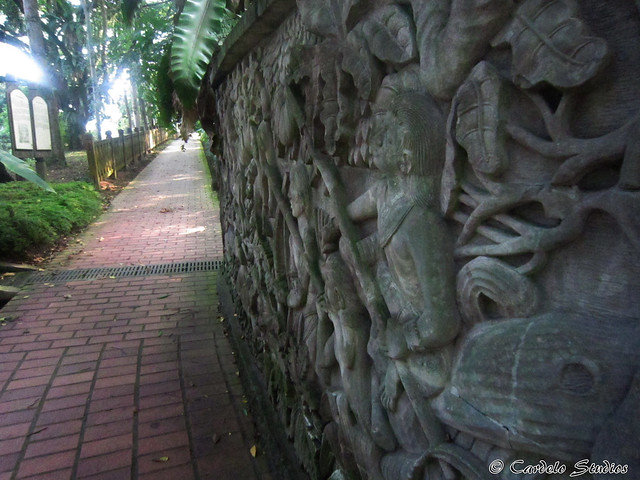 The mural wall located near the Hill Street entrance depicts Singapore’s history in the 14th century. It was done by Balinese artisans.

The 19th century trail highlights key sites pertaining to the hill’s history as “Government Hill” and as a fort during the colonial days. 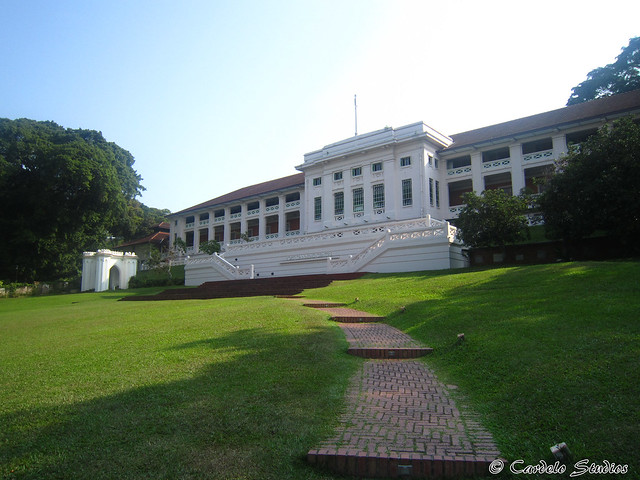 The Fort Canning Centre was originally a British army barracks. The neo-classical building now houses the visitor centre and the Singapore Dance Theatre. It has a clear view of Fort Canning Green, a popular venue for outdoor events and concerts. 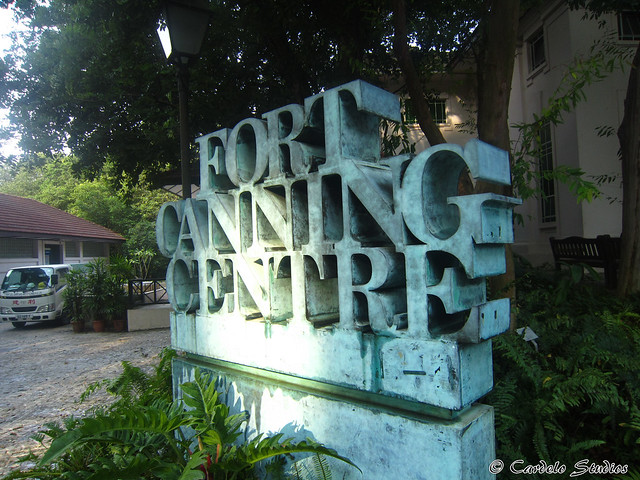 It was given conservation status in 2005, together with the building that now houses Hotel Fort Canning and The Legends Fort Canning Park. 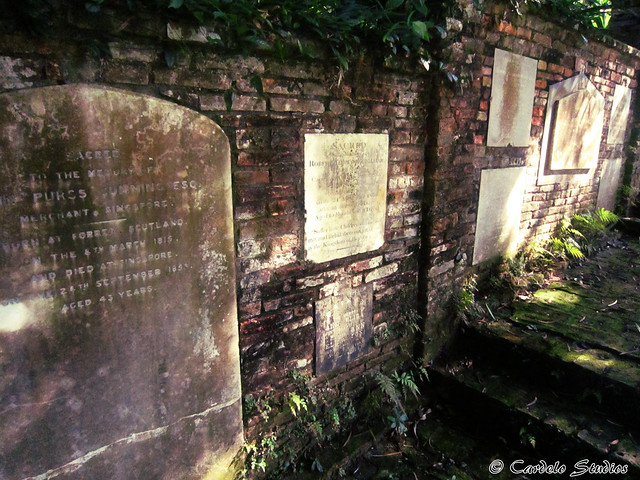 The walls surrounding Fort Canning Green, with tombstones set into them

The first Christian Cemetery in Singapore was situated here. By its closure in 1865, some 600 graves were interred here. In the 1970s, the cemetery was in a dilapidated state, and most of the tombstones were removed. Some were relocated to the Armenian Church, while some were set into the walls surrounding the plot of land. 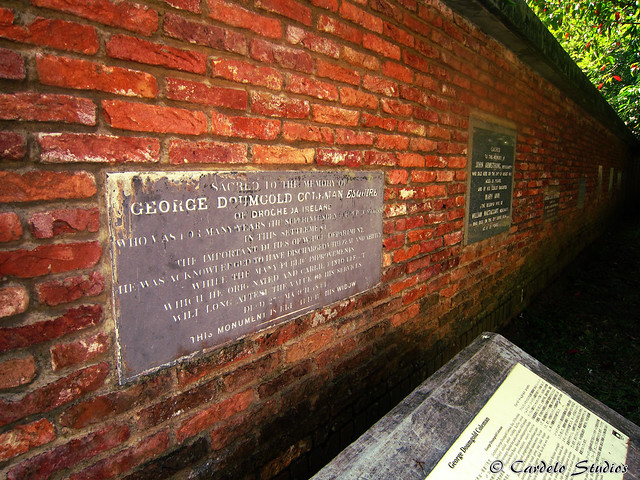 Among the people buried here was George Dromgold Coleman, the first Government Superintendent of Public Works in Singapore. As an architect, he designed numerous buildings in Singapore, including the Armenian Church and the second Telok Ayer Market. Coleman Street was named after him. 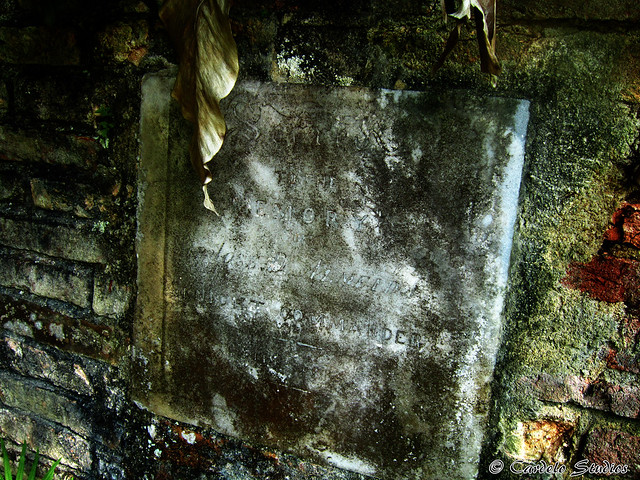 Dr Jose d’Almeida Carvalho E. Silva was another prominent figure who was buried at Fort Canning. He was a naval surgeon before setting up his own trading firm. D’Almeida Street was named after him. 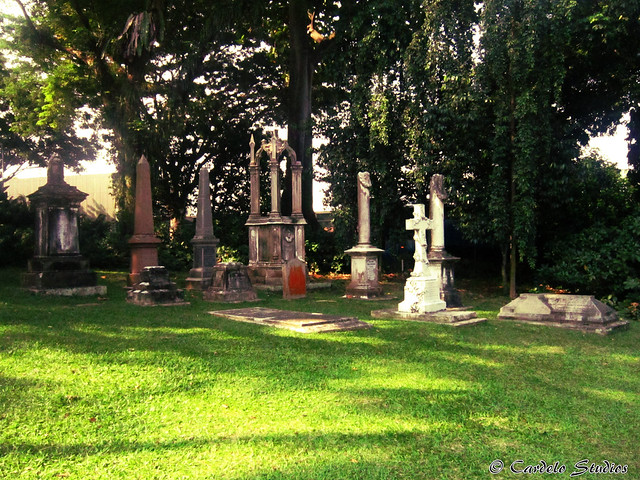 Remaining tombstones from the Christian Cemetery

Currently, only a small number of tombstones still remain at a corner of the plot of land. The now-empty field is now known as Fort Canning Green. 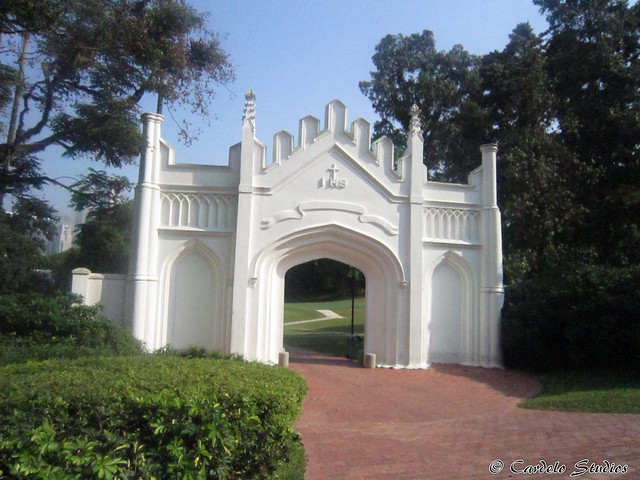 The two gothic-style gateways now serve as the entrances to Fort Canning Green. The letters “IHS” were inscribed onto both gates. They stand for “Iota Heta Sigm”, the first three letters of the Greek word for “Jesus”. 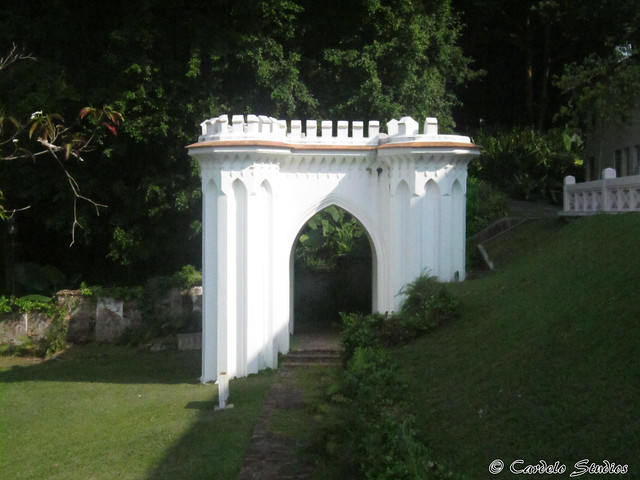 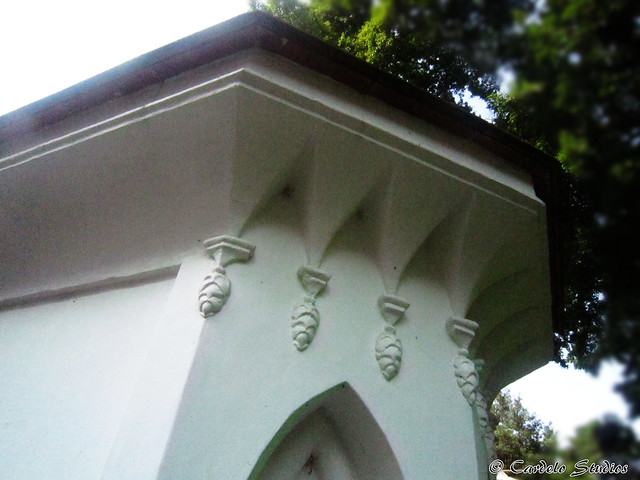 James Brooke Napier died in 1848, at the age of 5 months and 24 days. They were on board Admiral Henry Keppel’s ship, HMS Meander. The memorial is the largest in the cemetery, reflecting William Napier’s status. 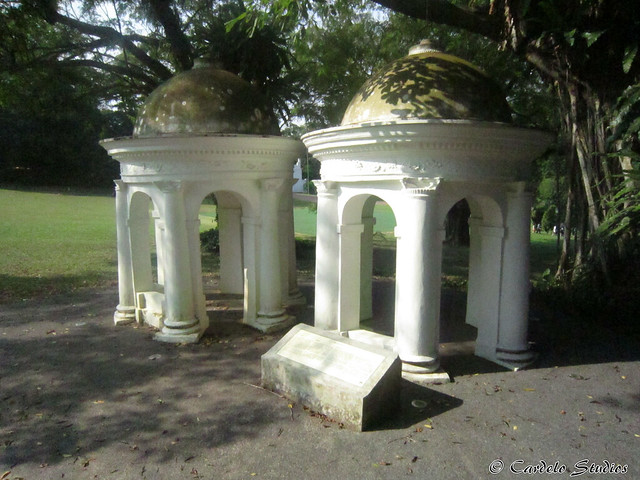 The two structures were most likely meant to be shelters for resting. Armenian Church, also designed by G. D. Coleman, used to have a similar dome-shaped roof (although much larger).

More photos of Fort Canning will be posted in the next post.