In August 2013, HDB unveiled its plans for the upcoming housing estate at Bidadari. The plot of land along Upper Serangoon Road has been left vacant since the former Bidadari Cemetery was exhumed to make way for the construction of Woodleigh MRT Station. The new plan made a few references to the rich heritage of the site, and so I made a trip down memory lane to look at the past, present and future of this site. 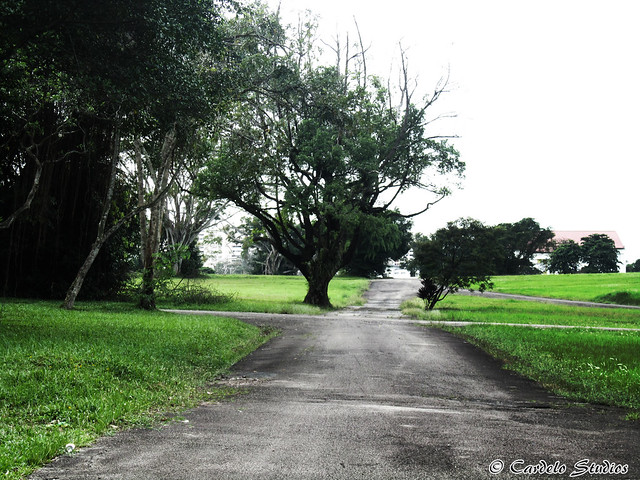 Before the cemetery was set up, the land was owned by Henry Minchin Simons, civil engineer and co-founder of Paterson Simons & Co. Simons built a mansion on the site, before he exchanged the land (together with the mansion) with William Napier for the Tyersall estate. Subsequently, both plots of land were bought over by Abu Bakar, then Temenggong of Johor. I am not sure if he built a new mansion on the Bidadari site, or simply took over the one built by Simons. But nonetheless, the mansion at Bidadari became known as the Istana Bidadari. Bidadari means “fairy”, derived from the Sanskrit word widyadari.

While Abu Bakar and his first wife, Sultana Fatimah, stayed in Istana Tyersall, his second wife, Cecilia Caterina Lange, moved into Istana Bidadari. She was half-Danish, half-Chinese, and was also known by her Muslim name of Enche’ Besar Zubaidah binte Abdullah. It was at Istana Bidadari where she gave birth to her two children, Mariam and Ibrahim (the latter would grow up to succeed his father as Sultan in 1895). When Abu Bakar became Sultan of Johor in 1885, Zubaidah moved to Johor, and the Istana was left vacant till its demolition. 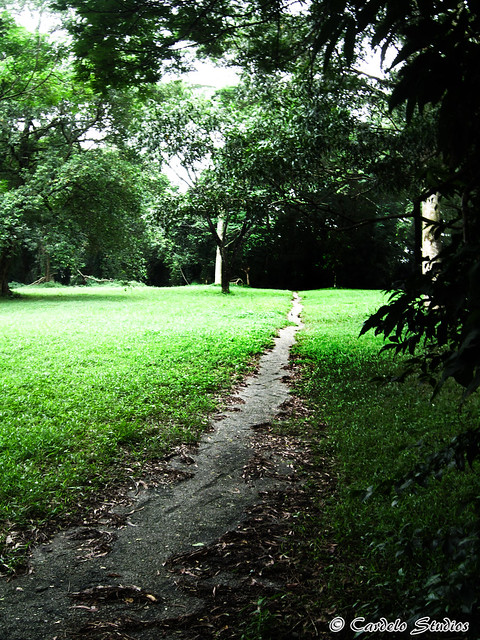 The Bidadari Cemetery was established as a replacement for the Bukit Timah Cemetery, which faced numerous problems such as a lack of space and frequent flooding. A few sites were inspected, and the plot of land at Bidadari, owned by Sultan Abu Bakar, was determined to be the most suitable. The Municipal Commissioners officially declared the acquisition of the land in 1902, and negotiations continued for 3 years. During this period, the Muslim and Chinese communities applied for cemetery sites in Bidadari as well. 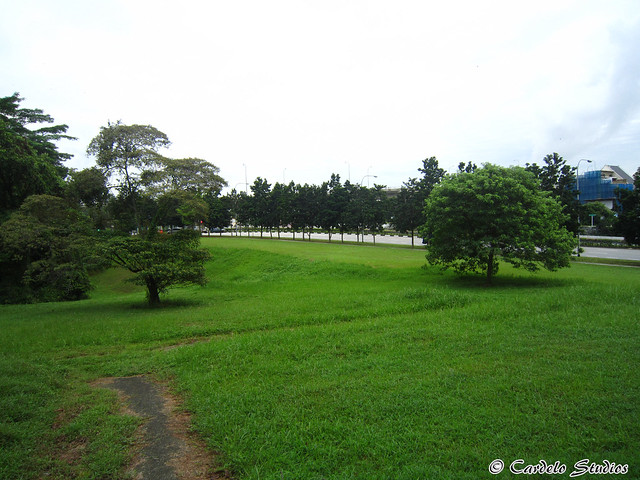 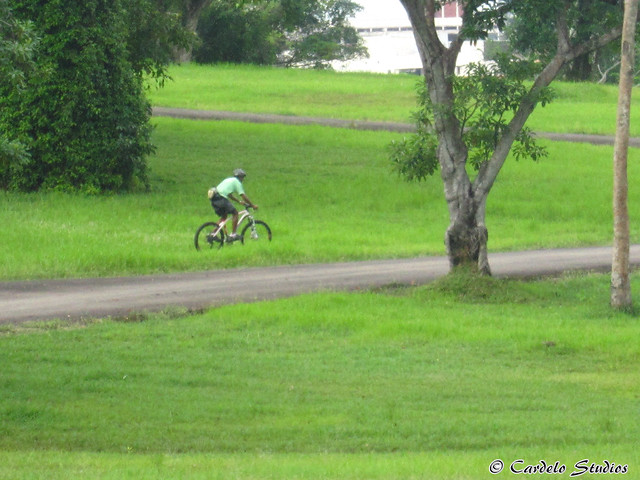 The application for a Chinese cemetery was rejected due to the incompatibility of Chinese burial customs with the ambience of the Christian cemetery. The Muslim application was successful, however, as the Sultan’s trustee made it a prerequisite to reserve part of the site as a Muslim burial ground, before agreeing to sell the land. Bukit Timah Cemetery was closed in 1907, and Bidadari Cemetery was officially opened on January 1, 1908.

The Muslim section of the cemetery was initially referred to as a separate cemetery known as the Mohamedan burial ground. 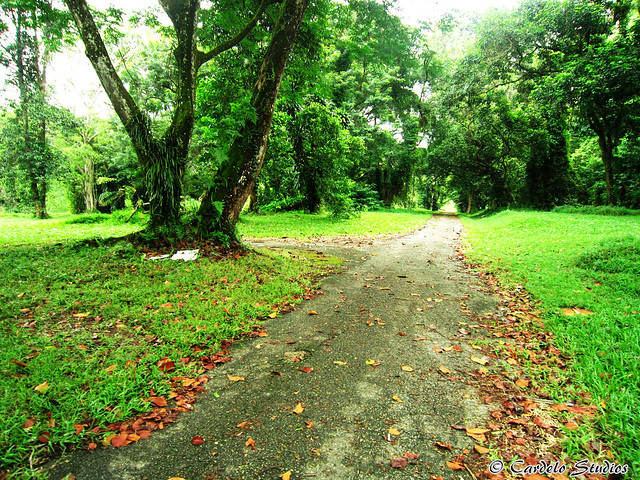 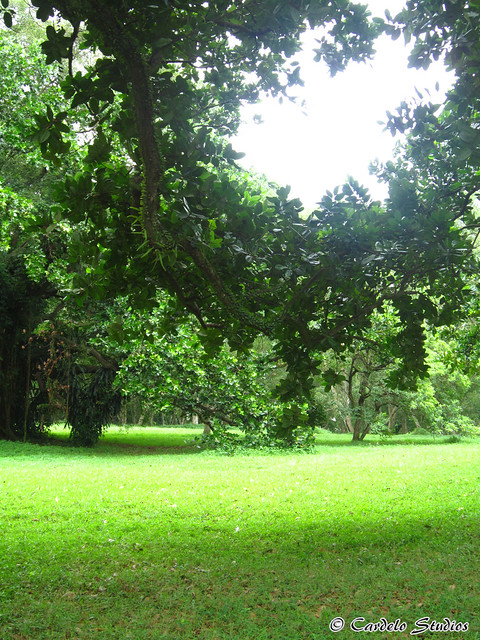 A Protestant Chapel and a Roman Catholic Chapel, both designed by David McLeod Craik, used to stand at the Protestant and Roman Catholic sections of the Christian cemetery respectively. Both were demolished after the cemetery was closed for burials in 1972. A mosque known as Masjid Bidadari was also built in 1910 as part of the Muslim cemetery. It survived much longer, and was only demolished to make was for the construction of Woodleigh MRT Station. 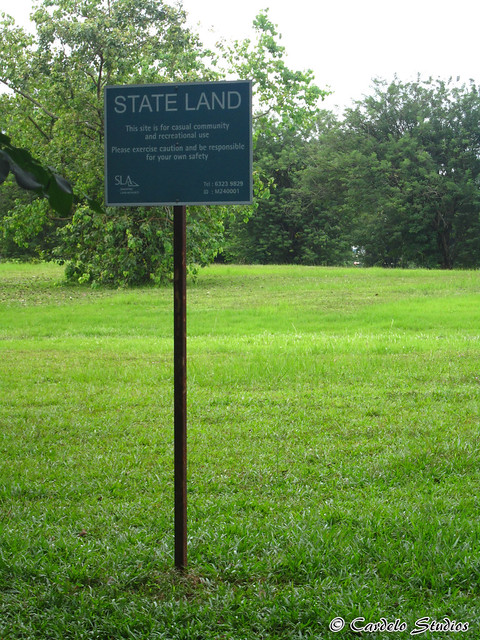 In addition to the Christian and Muslim sections, a Hindu section and Singhalese section were also present in the cemetery. 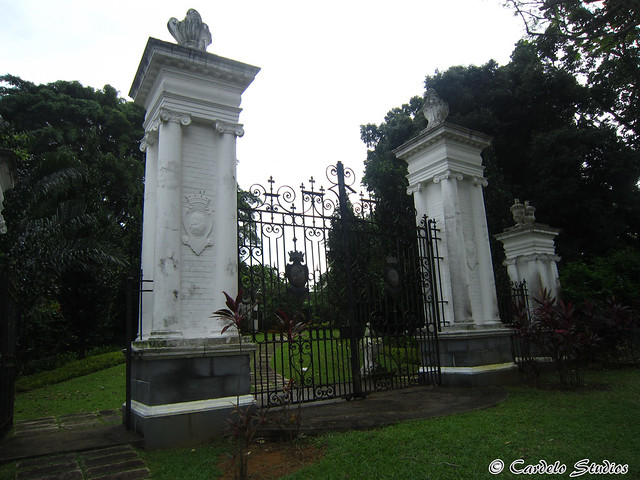 The entrance of the Bidadari Memorial Garden, originally one of the gats to the Christian cemetery

In response to a public outcry following the announcement to exhume the cemetery in 2001, the National Heritage Board stepped in to erect a memorial garden. The original plan was to locate the garden in Choa Chu Kang, but was eventually changed to Mount Vernon as it is much closer to the original cemetery. The garden seems to be a conglomeration of relics from the cemetery, possibly because there was very little time to plan for the garden. 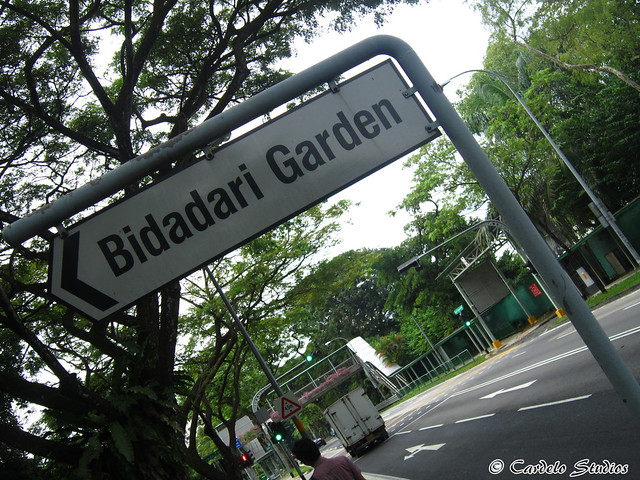 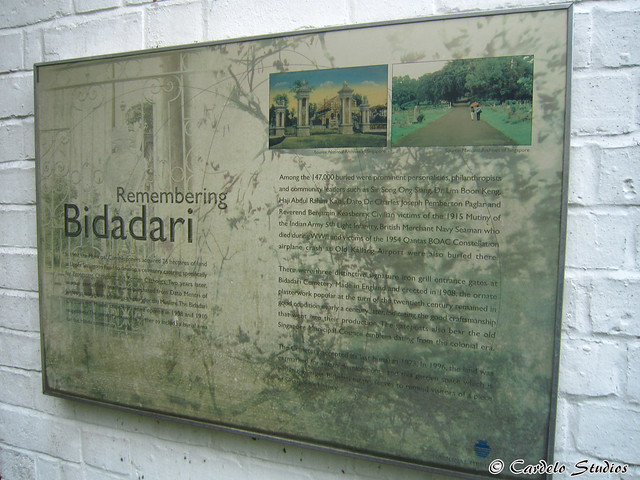 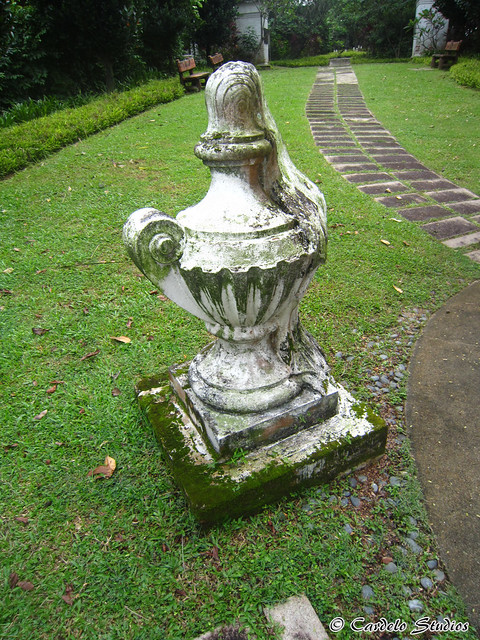 One of the three original gateways of the Christian cemetery was relocated to the garden to mark the main entrance. Next to it stands a cupola dedicated to Koona Vayloo Pillay, the father of Pakirisamy Pillay. Pakirisamy Pillay served as the served as the Chairman for the Hindu Temples’ Committees of Management for four different Hindu temples, including Sri Krishnan Temple at Waterloo Street. He contributed to the extensive development of the temple. A bronze plaque donated by the British Merchant Navy Personnel Association, dedicated to the lives lost in WWII, could also be found. 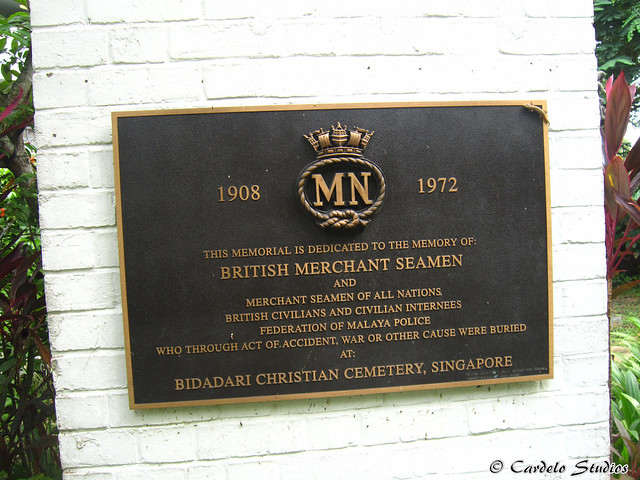 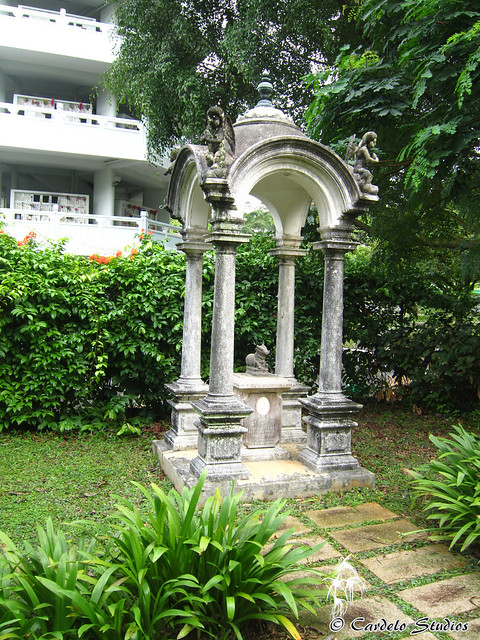 Moving in, the garden divides into 2, one for 12 tombstones from the Christian section and one for 8 tombstones from the Muslim section. These 20 tombstones were selected out of over 13,000 graves interred in Bidadari, and according to NHB, were representative of the people who made significant contirbutions to Singapore’s heritage. 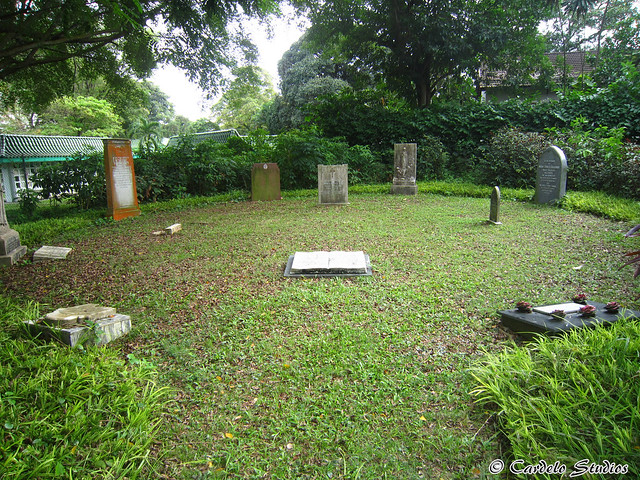 The Christian section of the memorial garden 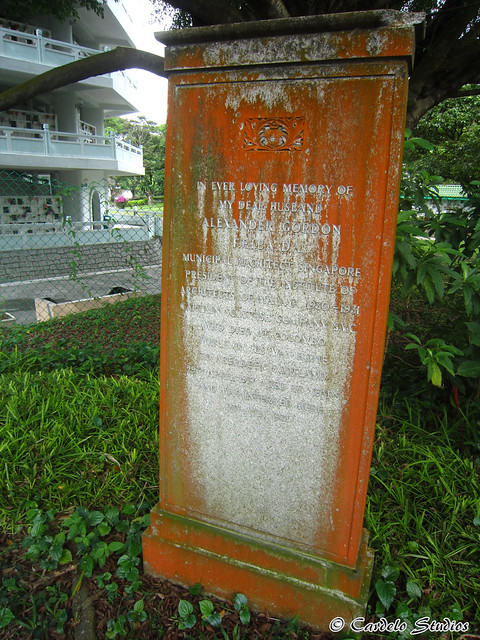 Headstone of Alexander Gordon, architect of the Municipal Building, now known as the City Hall 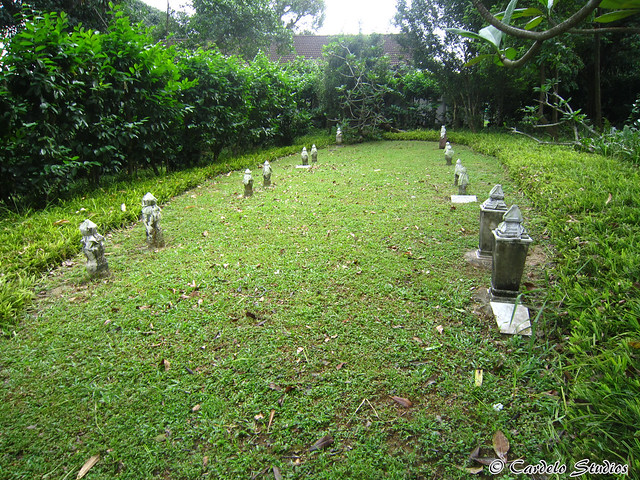 The Muslim section of the memorial garden 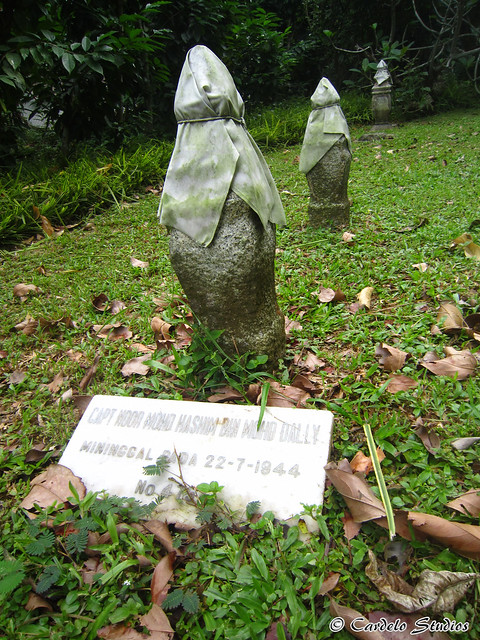 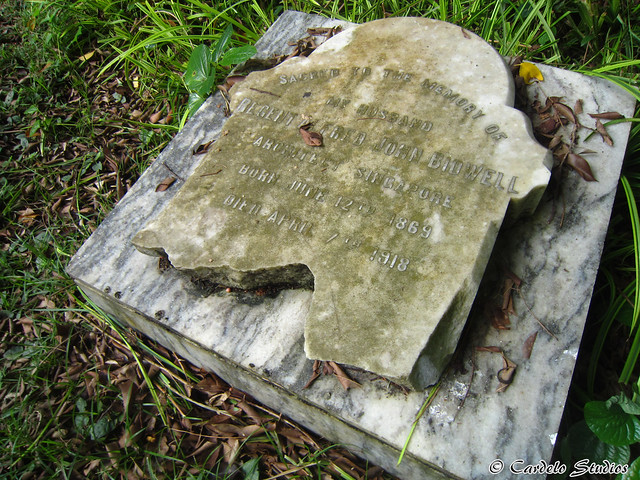 Headstone of R. A. J. Bidwell

Among the 12 headstones preserved in the memorial garden is that of Regent Alfred John Bidwell, architect from Swan & Maclaren who later practised as an independent architect.

R. A. J. Bidwell arrived in Singapore in 1897, and became the first professionally trained architect to practise in Singapore after G. D. Coleman. He joined Swan & Maclaren and proceeded to design numerous prominent buildings in Singapore, including the Raffles Hotel, Stamford House, Chesed-El Synagogue and Victoria Theatre. He left the firm in 1911 to set up his own practice.

Bidwell passed away in 1918 at Tanjong Katong, and was interred in Bidadari Cemetery 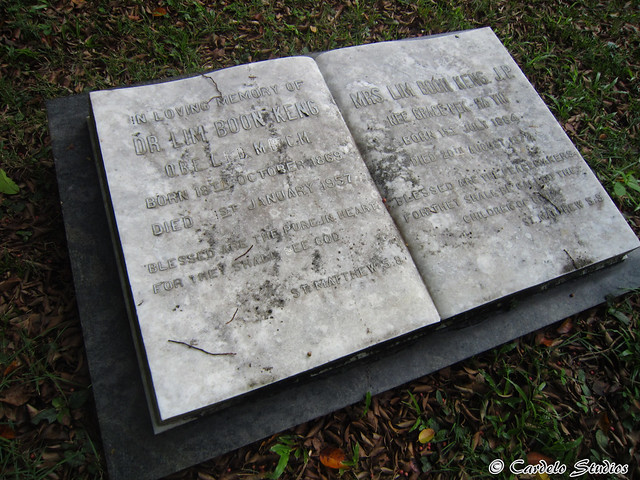 Lim Boon Keng (林文庆) was a prominent Peranakan social activist and philanthropist. He was the first Malayan to receive a Queen’s Scholarship, and studied medicine in Edinburgh University.

Lim was a member of the British Legislative Council in Singapore, a member of the Chinese Advisory Board and a Justice of the Peace. He co-founded the Singare Chinese Girls’ School, encouraging the education of Chinese girls. The Overseas-Chinese Banking Corporation (OCBC) was also co-founded by him.

Boon Keng Road is named after him. 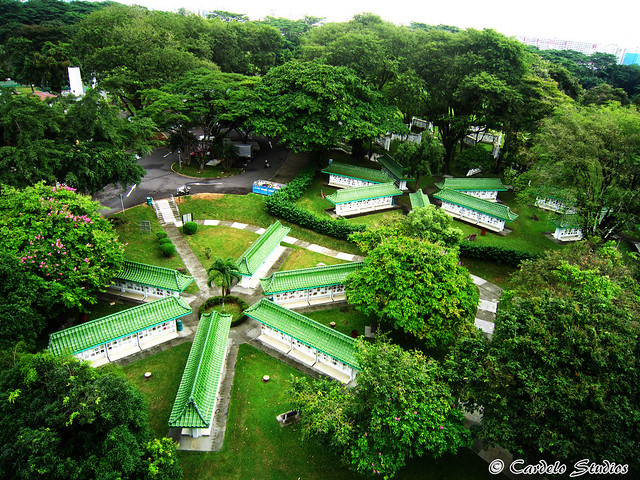 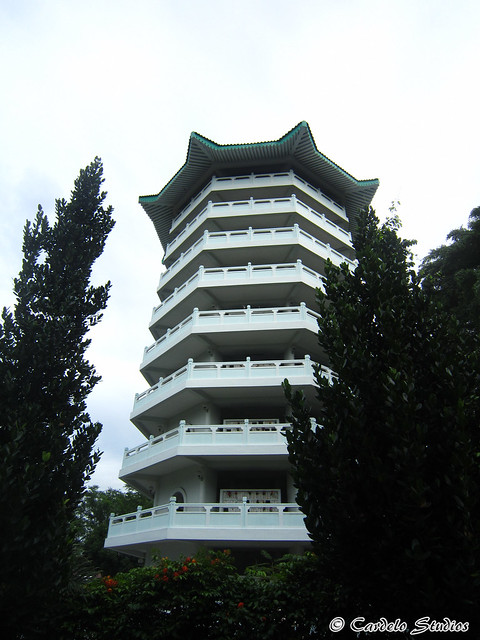 Mount Vernon Crematorium and Columbarium was opened in 1972, the same year Bidadari Cemetery closed for burials. The columbarium is perhaps most well recognised by the pagoda, which offers a great bird’s eye view of Bidadari and Mount Vernon. 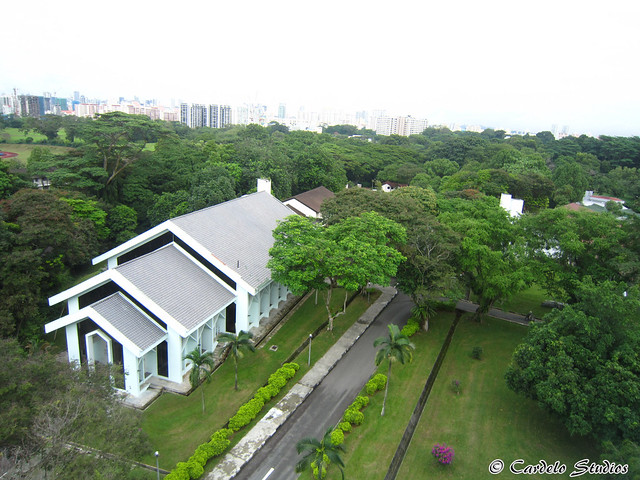 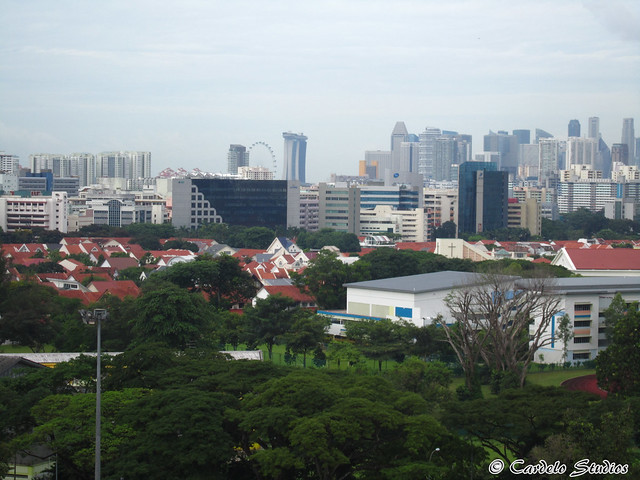 View from the pagoda

The crematorium was closed in 2004, while the niches in the columbarium will soon be relocated to the three other columbaria at Choa Chu Kang, Mandai and Yishun. The funeral parlours at Mount Vernon will probably get to stay though, as the released master plan of Bidadari Estate indicates an area reserved for them. 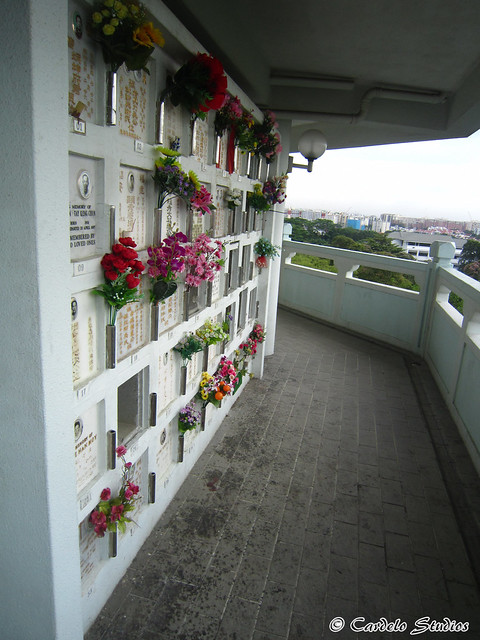 Niches on the pagoda 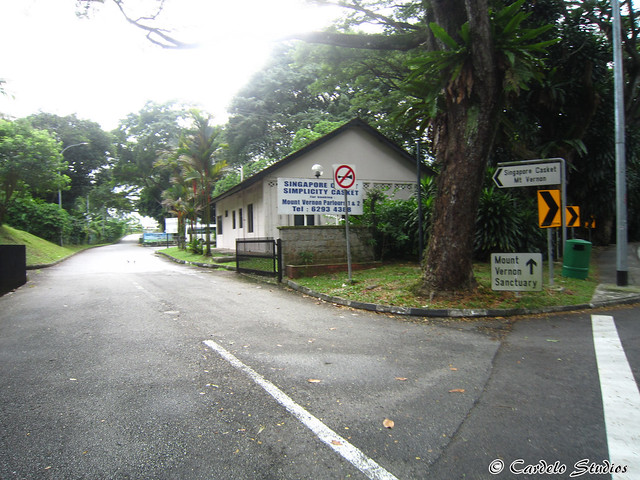 The Alkaff Lake Gardens was a public Japanese-styled garden built by the Alkaff family, in a concept similar to the current Japanese Garden that we have in Jurong. It was named after Syed Shaik bin Abdulrahman Alkaff. The garden was a very popular picnic venue, and received lots of visitors during its heyday.

Things changed after WWII, when the Alkaffs had to sell most of its property to salvage its declining business. The garden was bought over by H. Sennett Realty Company in 1949, to be developed into a private housing estate known as Sennett Estate. However, the main parts of the garden survived until 1964, when the lake was filled and the artificial hills were levelled. Willow Avenue Secondary School (实惠中学) was then built over the site. It was subsequently taken over by Cedar Girls’ Secondary School.

The scenes from the Alkaff Lake Gardens will be recreated in the new housing estate, in a modern-day version of the Alkaff Lake which will be built closer to Upper Serangoon Road and Woodleigh MRT Station. 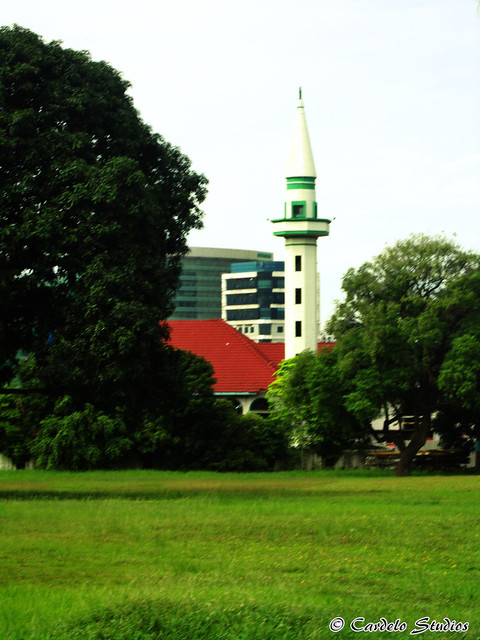 This mosque was another property built by the Alkaffs in Serangoon. It was located between Bidadari Cemetery and the Alkaff Lake Gardens. It was gazetted a national monument in 2014, and will continue to witness the future changes in the area. 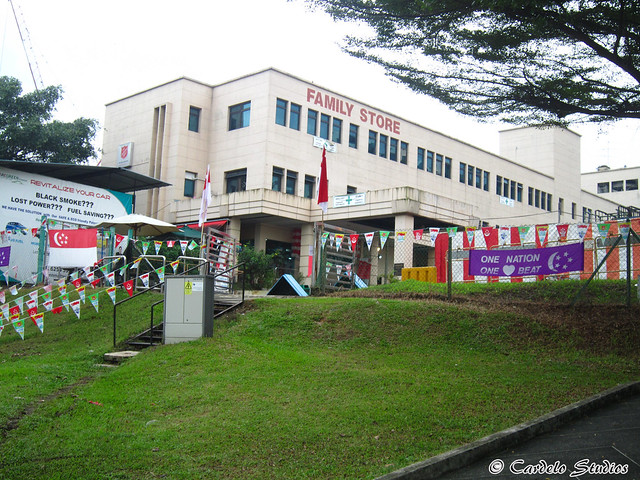 On the other side of Upper Serangoon Road stood the Youngberg Memorial Adventist Hospital, built by the Seventh-day Adventist Church. It was opened in 1948 and underwent an expansion in 1952. The hopstial was relocated to Thomson road in the 1990s. The main building of the hospital was demolished, but the side building remains and is now occupied by the Salvation Army.

Next to Mount Vernon Crematorium and Columbarium stands the Mount Vernon Camp, which houses the Gurkha Contingent. The camp is a self-contained complex, where members of the GC and their families stay and train. 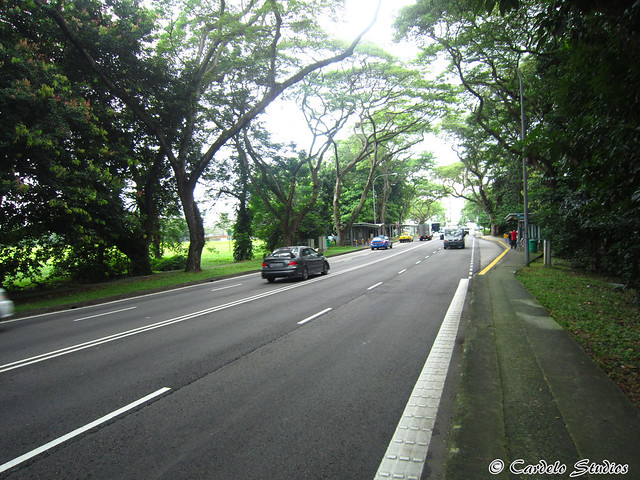 Upper Aljunied Road, with its lush greenery on both sides

Upper Aljunied Road is an extension of Aljunied Road, which is named after Syed Ali bin Mohamed Al-Junid. The Al-Junied family was one of the three prominent Arab families in Singapore, alongside the Alkaffs and Alsagoffs.

In the Bidadari estate master plan, Upper Aljunied Road is identified as one with a rich natural heritage. As such, it will be pedestrianized and the trees along the road will be conserved. 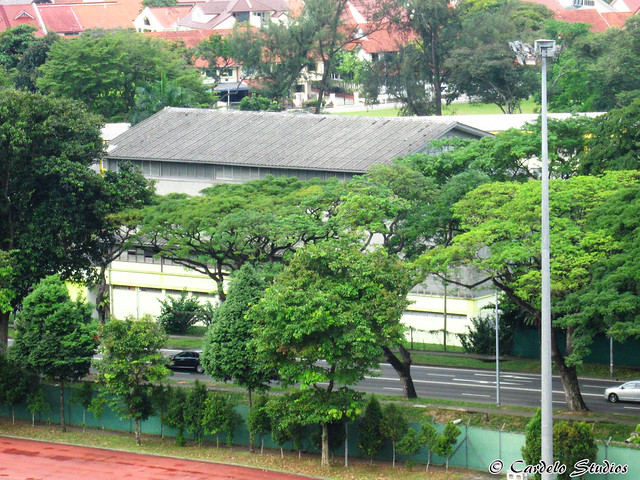 The building that once housed the Upper Aljunied Technical School

Upper Aljunied Technical School was a school located along Upper Aljunied Road, opposite of Mount Vernon Camp. The building is now used as a student hostel.

Sang Nila Utama Malay Secondary School was located next to Upper Aljunied Technical School, opposite Mount Vernon Crematorium. It was the first Malay-medium secondary school established in Singapore, and was a significant milestone in the Malay education in Singapore.

In 1979, in lieu of the Ministry of Education’s plans to phase out non-English-medium pre-university schools, it stopped accepting pre-university students, and transferred the existing Malay stream students to Bartley Secondary School. Subsequently, the intake of Malay-stream secondary classes declined, resulting in its eventual closure in 1988.

The building temporarily housed the Cedar Girls’ Secondary School while its school building was being renovated. It is then taken over by Mount Vernon Camp.