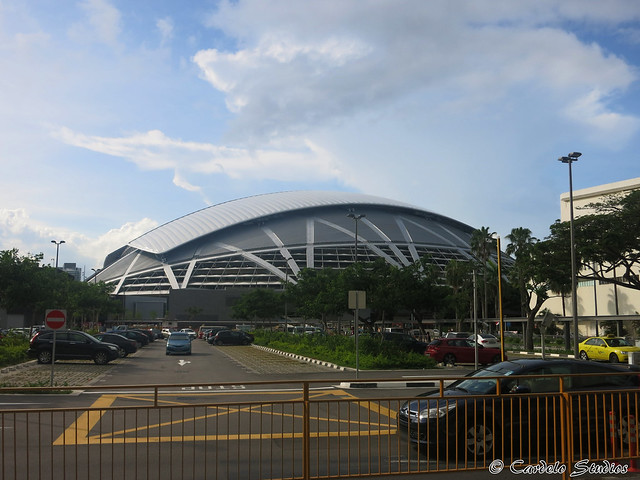 The recently opened Sports Hub is a complex that houses both new and existing facilities, and is not only a venue for sports, but for other activities as well, such as concerts, dining and shopping. Many people remember the Grand Old Dame that used to stand here, before being demolished in 2010, but the history of this site goes way beyond that. 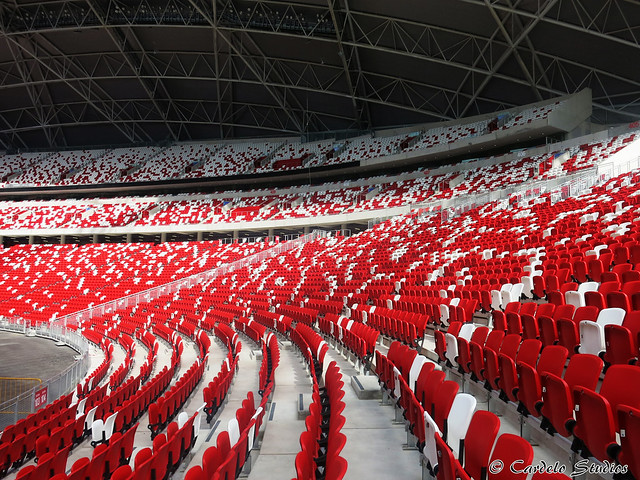 The seats in the new National Stadium in our national colours

Kallang was named after the aboriginals living along Kallang River, known as orang biduanda kallang. They were moved to the Pulai River in Johore in 1824 under the orders of the Temenggong, and by 1848 the orang kallang were virtually extinct due to a smallbox epidermic. The word “Kallang” might be derived from the Malay word kilang (“mill” or “factory”), referring to the saw mills and rice mills in the area. It could also be derived from galang (“to put a boat on wooden stocks or rollers” in Malay). 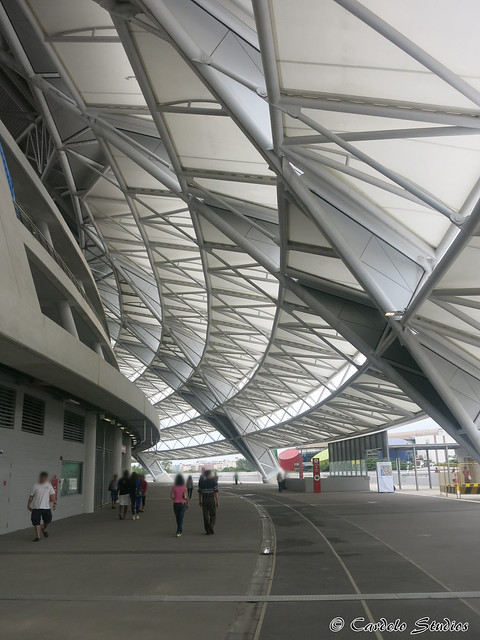 Running tracks around the stadium 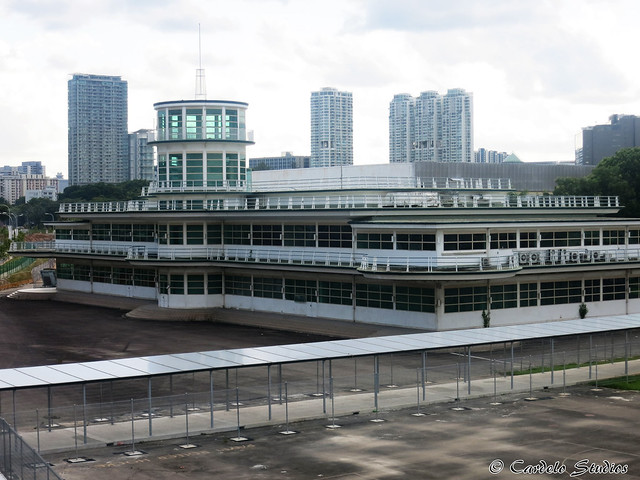 The terminal building, which was also the People’s Association headquarters

Kallang Airport was the first purpose-built civil airport in Singapore, and was at that time the “finest airport in the British Empire”. Once a mangrove swamp in the Kallang Basin area, it was reclaimed from 1931 to 1936 to create the circular landing ground that is still visible today. Meanwhile, the local community was displaced by the government to an area later known as Kampung Melayu. The circular grass landing ground allowed planes to land from all directions. 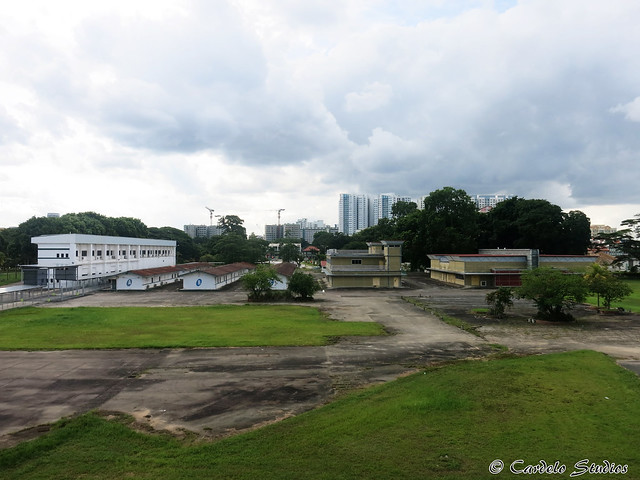 During the Japanese invasion in WWII, Kallang Airport was the only functional airport as all other airfields were located in the north and were within range of Japanese artillery in Johore Bahru. After the Japanese conquered Singapore, they converted the grass landing ground into a concrete runway. The runway was subsequently extended beyond Mountbatten Road after to the introduction of British Overseas Airways Corporation Comet planes in 1951. Traffic signals had to be installed to stop vehicular traffic whenever a plane took off or landed. The runway and the extension would eventually be known as Stadium Boulevard and Old Airport Road respectively. 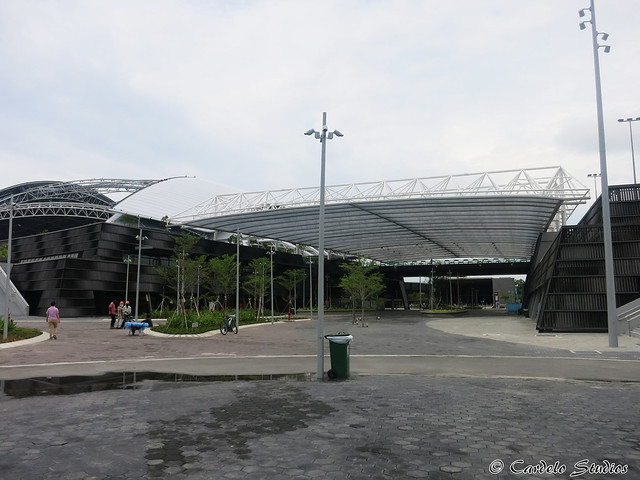 The pedestrianised section of Stadium Boulevard

Due to growing air traffic, Kallang Airport was no longer able to accommodate the increasing number of flights and passengers. Expansion was also not possible due to the residential areas nearby. Eventually, a new and larger airport was opened in 1955 at Paya Lebar, and Kallang Airport ceased operations the same year. 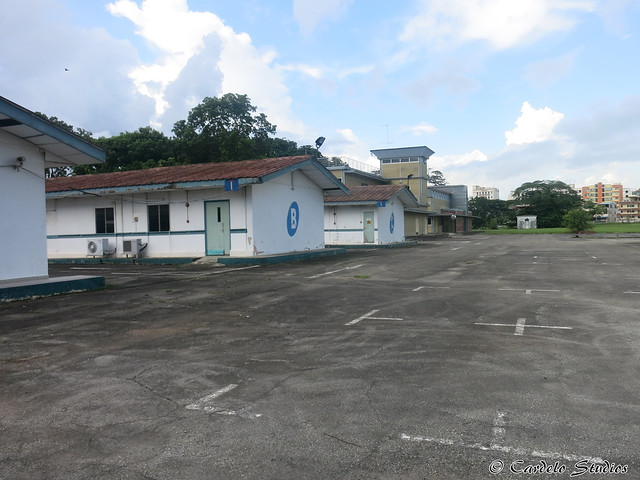 Only a few of the airport buildings survived till this day. The most iconic one is none other than the main terminal building. Designed in the Streamline Moderne style, the terminal itself resembles an aeroplane taking flight. The choice of materials and the simplicity of its form are characteristics of the international style. In spite of these, elements of neoclassical architecture can also be seen in the building, such as the perfect symmetry and the order of its form – a drum (control tower) on top of a horizontal base (passenger terminal). This balance of a modern outlook and a neoclassical charm is apt for the first building to be seen on the Crown Colony. After the airport ceased operations, the building was used as the People’s Association headquarters from 1960 to 2009. It was last used as a venue for the 2011 Singapore Biennale, and has been vacant since then. 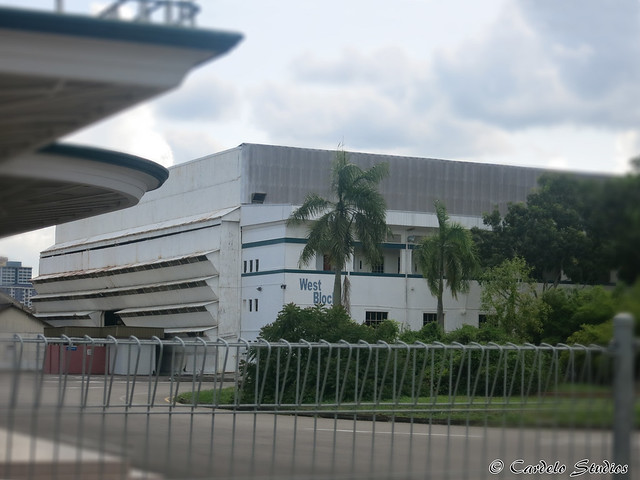 The West Block and the hangar

The East and West Blocks are located behind the terminal building, and housed the airline offices. Next to the West Block is the hangar, where planes were parked. These buildings were conserved together with the terminal building. In the past 60 years, they were used by various groups, such as the People’s Association, the Public Works Department and the Central Manpower Base (CMPB). In particular, when National Service was first introduced in 1967, the enlistment of national servicemen was conducted here. The CMPB moved to Tanglin Barracks in 1972 (and subsequently to Depot Road in 1989). 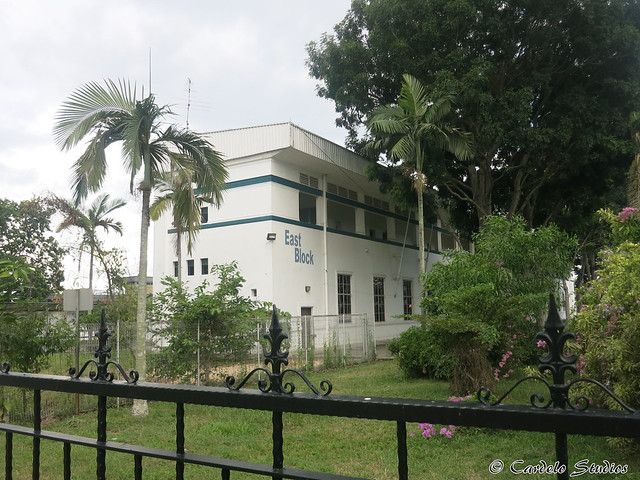 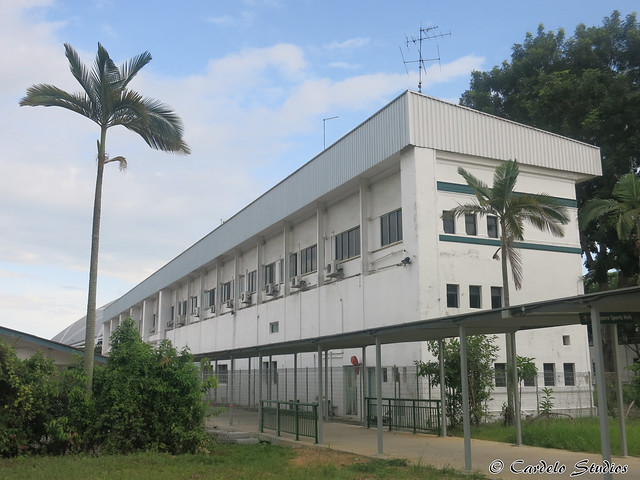 The sheltered walkway in front of the East Block

A sheltered walkway now connects Kallang MRT Station to the Sports Hub. Interestingly, this roughly marks out the path most people would take to get to the old National Stadium, back when Stadium MRT Station did not exist. Back then, the People’s Association headquarters would be a convenient stopover for anyone heading to watch the National Day Parade. 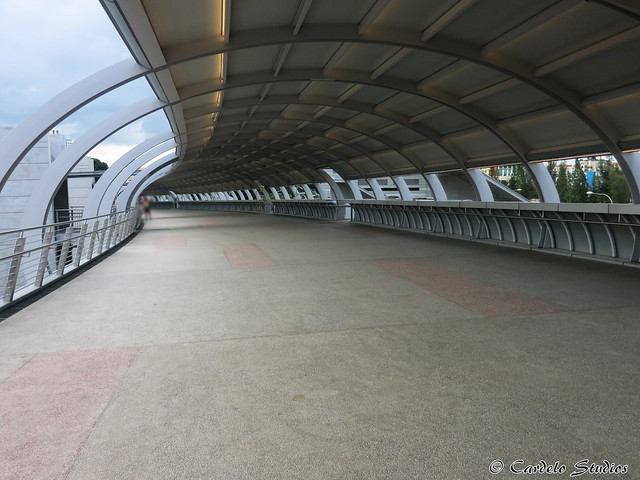 This new overhead bridge links the sheltered walkway to the Sports Hub, across Nicoll Highway 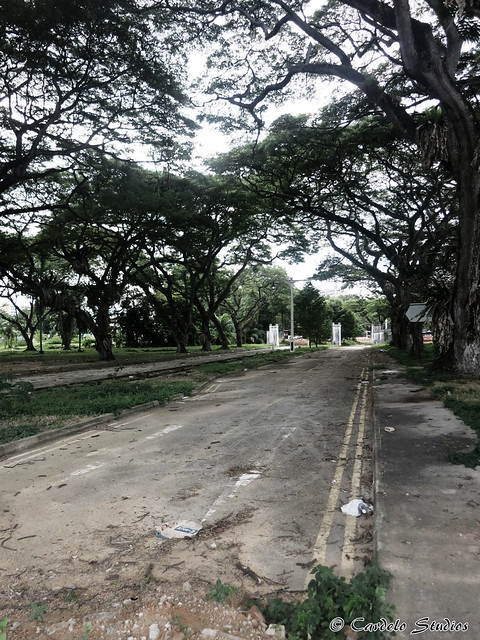 The expunged section of Stadium Link

Stadium Link is a dual carriageway that once ran from the main entrance gate posts along Geylang Road, in between the East and West Blocks, to the main terminal building. It was probably named after the airport ceased operations, as the “stadium” reference would not have made sense before that. The entrance gate posts and the original lamp posts along Stadium Link are also conserved by URA since 2008. There were 3 cemeteries located along Stadium Link, namely al-Qadri cemetery, al-Aydrus cemetery and Bugis cemetery. They were exhumed in 2010 and transported to Choa Chu Kang cemetery. 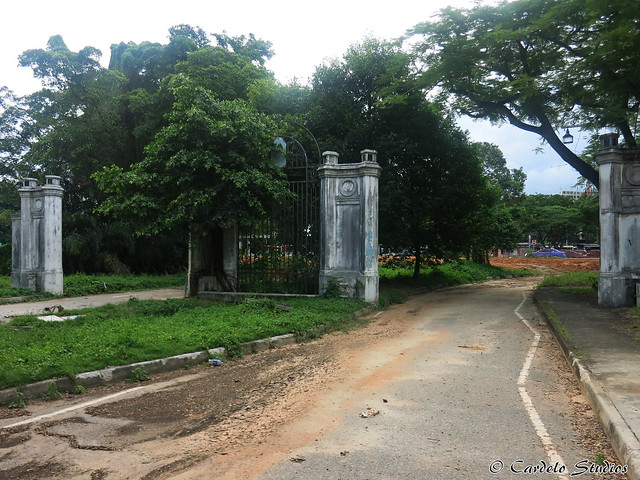 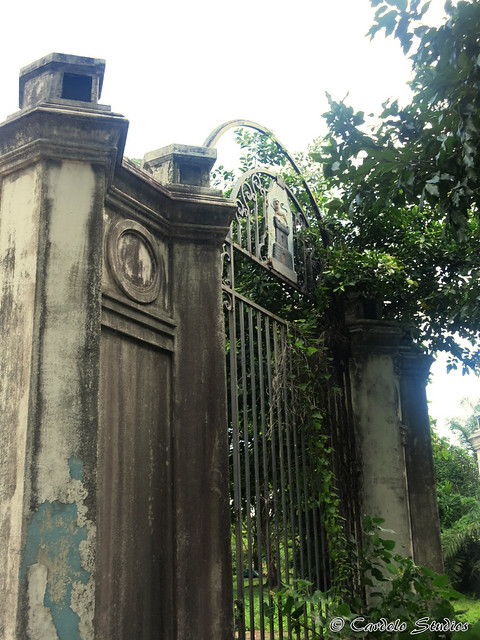 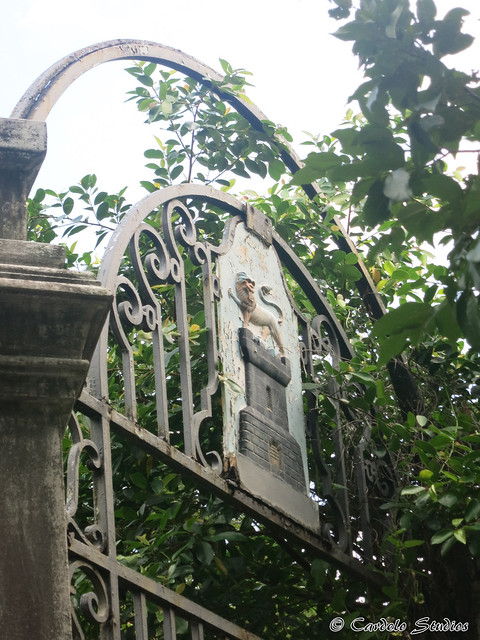 The entrance gate posts along the expunged section of Stadium Link

A number of new roads have been added to this area recently. Kallang Airport Way now connects Stadium Road to Mountbatten Road, and itself is connected to Geylang Road via Old Terminal Lane and Kallang Airport Drive. These road names are clearly referencing the old Kallang Airport. However, Stadium Link, the original approach to the terminal building, is now divided in half by Kallang Airport Way, and the stretch from Geylang Road is now defunct in favour of the other 2 new roads. The conserved gate posts and lamp posts are now hidden from view among the trees. Geylang Drive, a dead-end street that originally extends from the junction of Geylang Road and Stadium Link, has also been expunged. 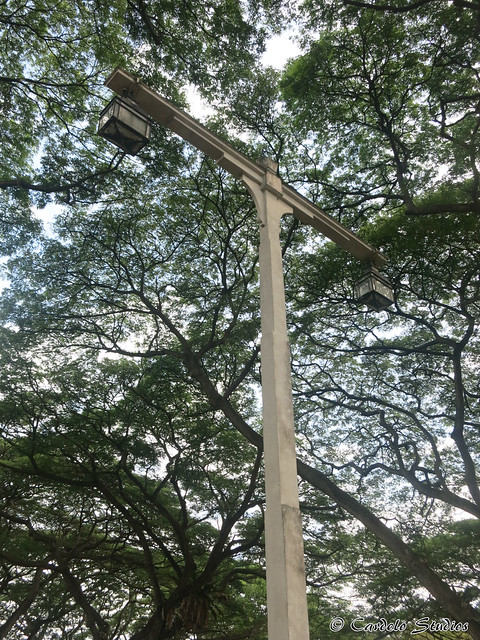 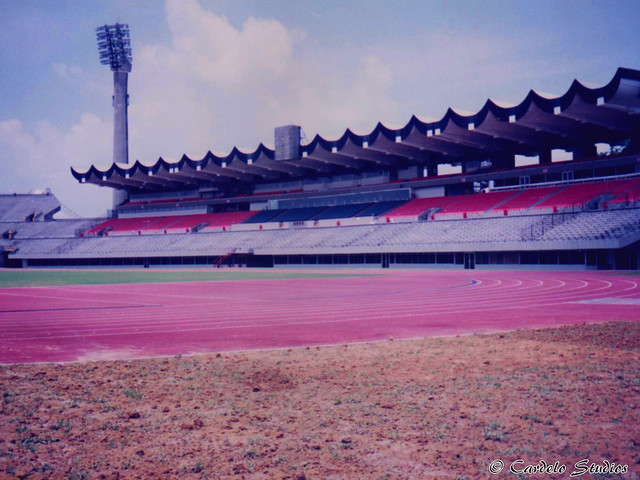 Plans for a national stadium arose as Singapore approached self-government and independence. Like many other former colonies in the region, the construction of a national stadium signified the autonomy of a nation and its ability to play host to international events – putting it on the same level as its former colonial ruler. Interestingly (and perhaps intentionally), our National Stadium is located in close proximity to the Merdeka Bridge. 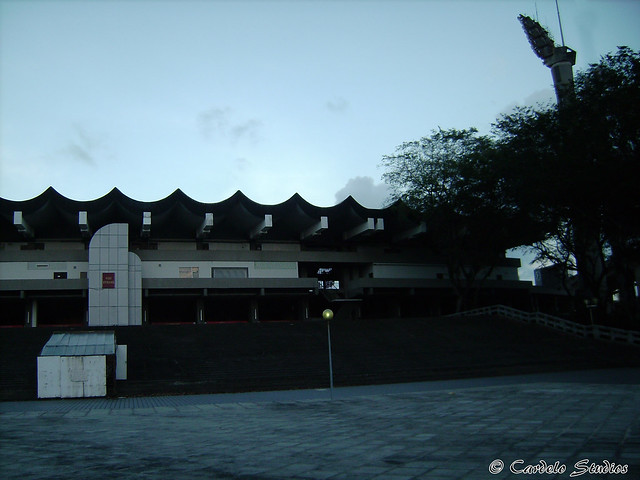 The sun sets on the Grand Old Dame

During its 37 years of service, a number of regional sporting events were held at the National Stadium, such as the Southeast Asian Games and the Tiger Cup. Concerts by international celebrities such as Michael Jackson, Mariah Carey and A-mei were also held at the stadium. However, more significant to the Singaporeans are the 18 National Day Parades that were held here. During the parades (and other football matches as well), spectators would be prompted to perform the wave – thereafter known as the Kallang Wave. 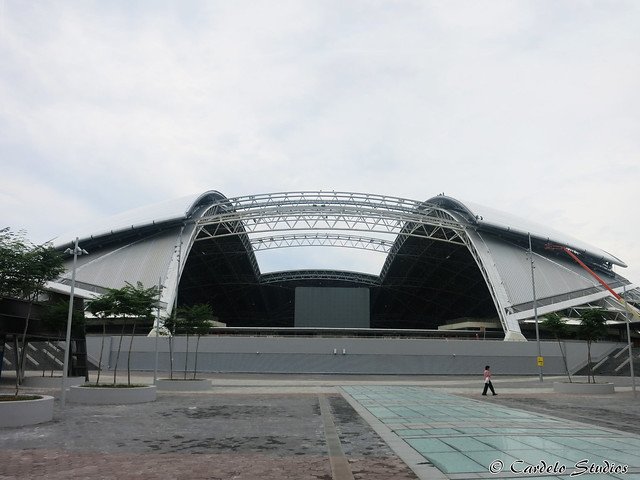 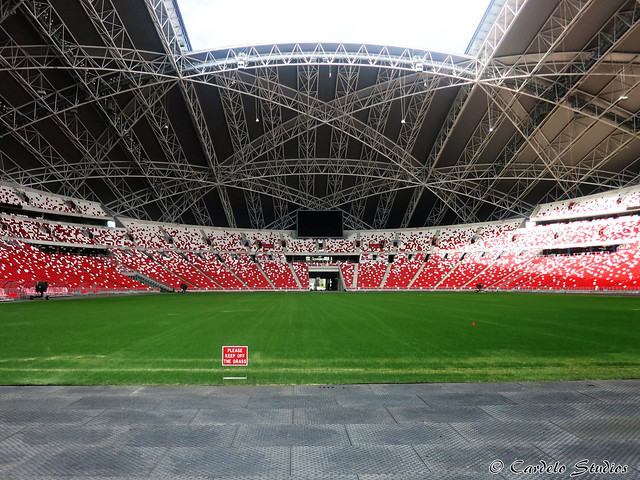 The new National Stadium with its retractable roof

One of the most distinctive features of the stadium is the wave-like cantilevered canopy over the grandstand. 4 giant columns of floodlights were also clearly visible from afar. All these are no longer present in the new stadium as the retractable roof now serves both functions – to shelter and to hold up the lightings.

Most of the roads nearby are named after the National Stadium, such as Stadium Link, Stadium Road, Stadium Drive, Stadium Place, Stadium Boulevard, Stadium Walk and Stadium Crescent. 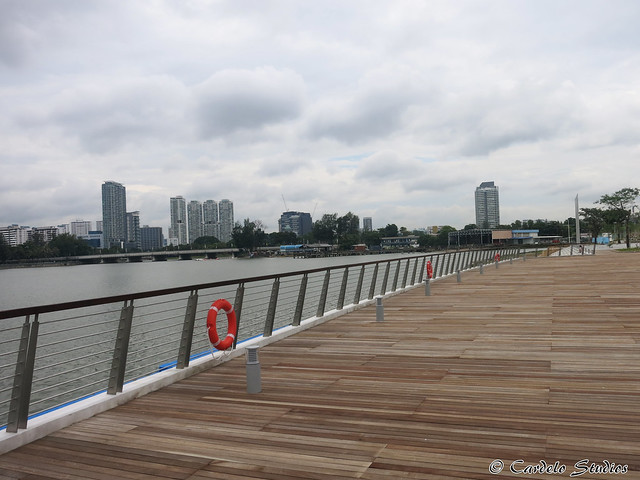 Where the Oasis Restaurant used to be

The Oasis Restaurant was located along the Kallang Basin waterfront, at the end of Stadium Boulevard. It was the location of the slipway for seaplanes when Kallang Airport was still operational. The restaurant consisted of a 3-storey main building on land and 3 octagonal-shaped buildings on stilts. All these buildings were torn down together with the old stadium. 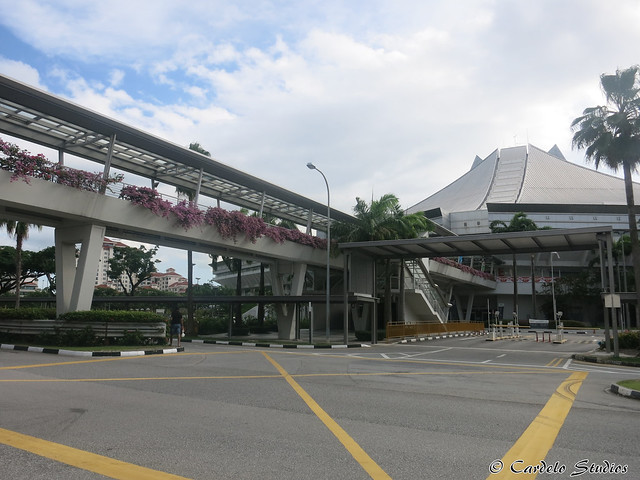 The Indoor Stadium is one of the few projects done by Japanese architect Kenzo Tange in Singapore. Its iconic cone-shaped roof is clearly visible even fron across the Kallang Basin. Officially opened in 1989 by then Prime Minister Lee Kwan Yew, it is the only old building to be included in the new Singapore Sports Hub. The Indoor Stadium replaced the Gay World Indoor Stadium at Geylang as the main indoor facility for sports and entertainment. 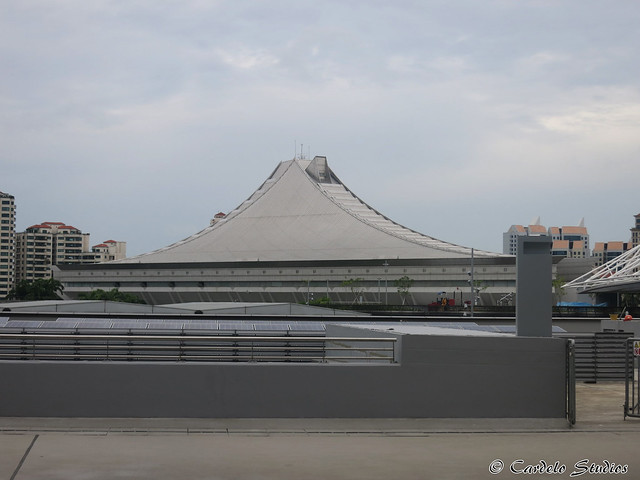 Like the old National Stadium, the Indoor Stadium has been the venue for numerous major sporting events and concerts. Similar to the new stadium, it has a retail section on the ground floor, known as Stadium Waterfront.

At the carpark next to the Indoor Stadium and Kallang Theatre once stood an amusement park that has since been forgotten by many. The Wonderland Amusement Park boasted rides like the Ovaltine Cups, and took over the “Worlds” that were declining in popularity as the main entertainment venue. It was demolished to make way for the car park that serves the Indoor Stadium, in time for its opening. 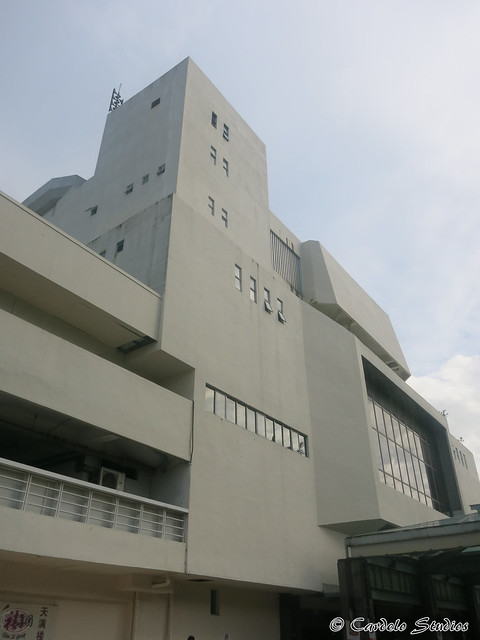 Kallang Theatre was opened as a cinema, and was the largest commercial cinema in Southeast Asia in the 1970s. When the National Theatre was demolished, Kallang Theatre was converted to a live-performance theatre and took over as the main venue for the arts. Since then, it has hosted numerous world-renowned musicals such as Les Miserables, Phantom of the Opera and Cats. Important events such as the National Day Rally (1983 to 2000) were also held there.

With the opening of the Esplanade, usage of the Kallang Theatre fell, and it eventually closed down in 2007. In 2011, it reopened as a theatre for the arts and culture. It was recently announced that the theatre might be converted into a sports facility from February 2015 onwards, integrating it with the adjacent Sports Hub. 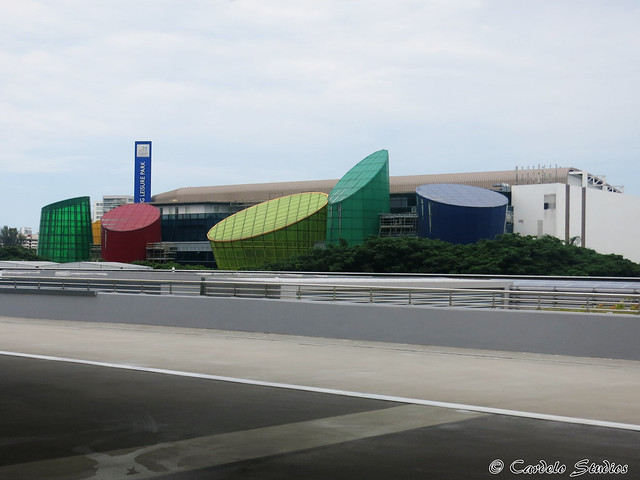 Before the colourful Kallang Leisure Park Mall was built, a small cinema known as Leisure Drome Cinema stood in its place. It operated since the 1980s, and was subsequently renamed East Shore Cinema. The cinema was eventually replaced by Leisure Park Kallang. The original mall was a modernist building with plain façade colours, and is a stark contrast to the current building consisting of colourful, dynamic forms. 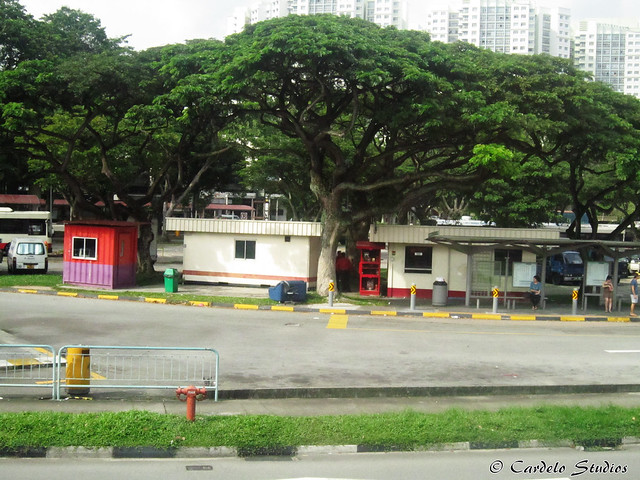 Before the Stadium MRT Station was opened, the bus terminal at Geylang, together with the adjacent Kallang MRT Station, was the main public transport option for people heading to the National or Indoor Stadium. In fact, some would take the MRT to Kallang before transferring to a bus at the terminal to reach the stadiums. When the buses got too crowded, the alternative would be to walk through the grounds of the former People’s Assocation. However, since the opening of the Circle Line, crowds are no longer seen at the bus terminal anymore.

The Lorong 1 Geylang Bus Terminal was initially opened as a “Park and Ride” terminal. Motorists would park their cars at the adjacent car park and hop on to a bus towards the city centre. This scheme was implemented to reduce traffic jams during office peak hours. However, this scheme was not very successful, and was eventually dropped.